Seth Rogen says he was fed lies about the creation of Israel. Social media is divided 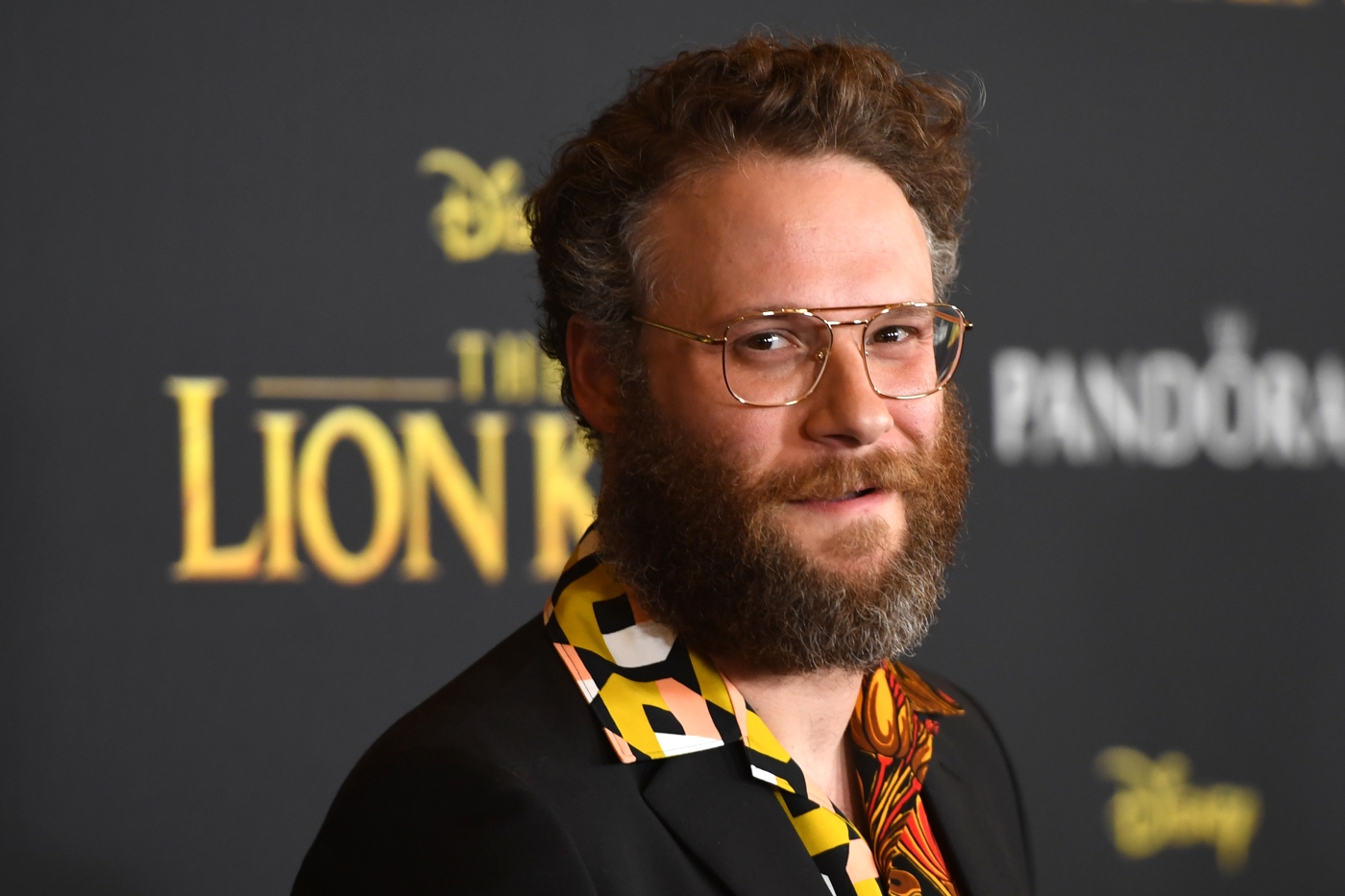 Seth Rogen was promoting his new film An American Pickle, in which he plays a 1920s Jewish immigrant who time-travels to modern-day Brooklyn (AFP/File photo)
By
Rayhan Uddin

Canadian actor Seth Rogen has sparked controversy after saying that he was fed lies about the creation of the state of Israel.

In an interview on the popular WTF with Marc Maron podcast, Rogen said: “As a Jewish person, I was fed a huge amount of lies about Israel my entire life, you know. They never tell you that, oh by the way, there were people there. They make it seem like it was just sitting there, like the fucking door’s open!”

Rogen was discussing his new role in An American Pickle, in which he plays a 1920s Jewish immigrant to the United States who falls into a pickle vat and wakes up 100 years later in modern day Brooklyn.

When asked whether he would move to Israel, Rogen replied that he would not, and that he disagreed with Jews moving there for religious reasons.

“If it is truly for the preservation of Jewish people, it makes no sense, because again, you don’t keep something you’re trying to preserve all in one place, especially when that place has proven to be pretty volatile,” he said.

“I’m trying to keep all these things safe, I’m going to put them in my blender and hope that that’s the best place. That will do it,” Rogen joked sarcastically.

Many activists and social media users were pleased with Rogen’s stance.

I know 2020’s been shit but finding out @Sethrogen is on a vocal anti-Zionist path is pretty damn cool.

Glad to see this from @Sethrogen. Indeed there were people there. Our families. The more people come to realize much of the history they have been told is mythologized, in Israel, America and elsewhere, the closer we can get to approximating historical justice and healing. https://t.co/NMs0k4cNnC

Among those in support were several Jewish users, some of whom also felt they were “taught a lot of lies about Israel”.

Thank you, @Sethrogen. Young Jews who reject the ethnic cleansing and apartheid in Israel need to say so loudly, both for our older relatives and to show younger Jews another option exists. https://t.co/iDfADcCmxH

Others welcomed Rogen’s comments, but were critical of him for not mentioning the word “Palestinians”.

Dear @Sethrogen, your Palestinian twin here, thank you for speaking up about #Israel & no longer being a blind supporter of #Apartheid & ethnic cleansing but could you plz say "Palestinians" instead of "people" when you talk about land theft & occupation? I'd highly appreciate it

Lots of people celebrating Seth Rogan on my feed. I'm happy that his politics seem to be getting less horrible, but my humble advice is to keep wary of anyone who suddenly discovers that Zionism isn't so great after all but studiously avoids the word "Palestinian."

However, not everyone agreed with the 38-year-old actor’s remarks.

Some accused him of being "ignorant", while others questioned what his comments meant for those living in Israel.

I feel like @Sethrogen's comments are made from a position of really, really great privilege - and ignorance - if he can't understand why Israel makes sense to millions of Jews around the world. I just hope he appreciates it.https://t.co/JdXfFTGOSR

So should 9 m. Israelis just turn off the lights & call it quits?

Several Twitter users pointed out that Rogen was among a host of celebrities, including Arnold Schwarzenegger and Sylvester Stallone, who signed a statement publicly supporting Israel during the 2014 war in Gaza.

Some 2,251 Palestinians, including 1,462 civilians, were killed during the war, while 67 soldiers and six civilians were killed on the Israeli side. The International Criminal Court (ICC) announced last year that it would investigate Israel for alleged war crimes during the 51-day war.

Unlike Rogen, actors Javier Bardem and Penelope Cruz signed a letter condemning Israel’s actions at the time as tantamount to genocide - but reportedly faced a backlash from Hollywood executives for doing so.

Despite Rogen’s previous support of Israel, many were still prepared to give him the benefit of the doubt.

2014: Seth Rogen signed a petition being pro-Israel, in support of a massacre against Palestinians

2020: Seth Rogen calling out Zionists and acknowledging that what Jewish people are fed about Palestine are lies and deception, and that it is actually stolen land pic.twitter.com/4RkbLE5KrE

some people on the "left" don't seem to be capable of grasping basic strategy and how politics works: seth rogen coming out with statements against the genocidal apartheid state, however vague, should be used and exploited to the fullest effect to further OUR emancipatory cause