After Wednesday's court ruling on the demolition, Israel's prime minister authorised the immediate construction of 300 new units at same site 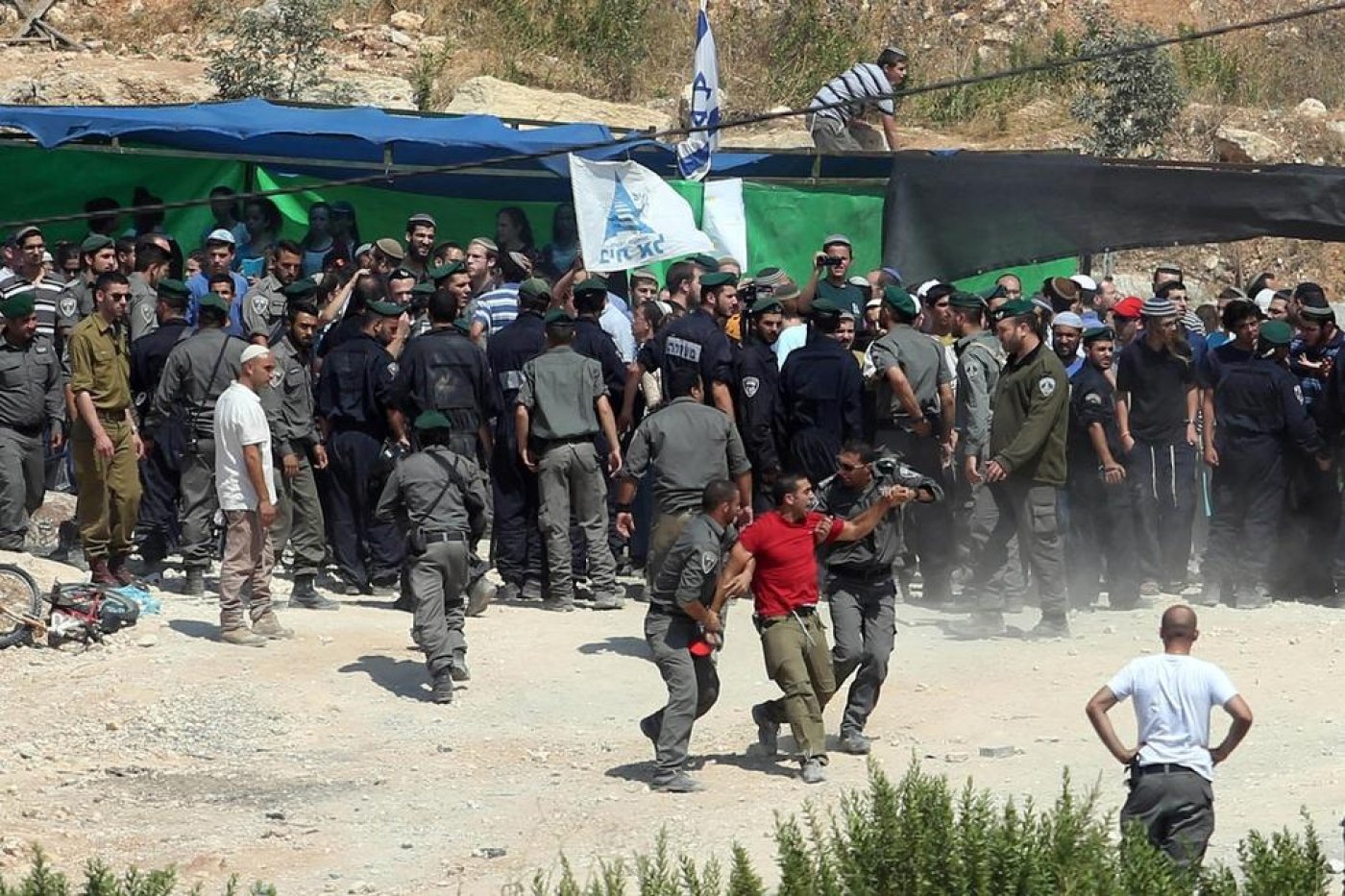 Clashes have continued between Israeli settlers and police in the West Bank as the demolition of two illegal buildings in Beit El settlement began, following a Supreme Court order on Wednesday.

On Wednesday, Israel’s highest court rejected the appeal and decided that it would rule the construction permits for the properties invalid. The demolition is slated to happen no later than tomorrow.

Justice Minister Ayelet Shaked stressed that she planned to rebuild the homes immediately.

Soon after the high court's ruling, Israeli Prime Minister Benjamin Netanyahu - whose coalition government relies on far-right pro-settler parties and who said on Tuesday that he opposed the demolition - released a statement saying he had authorised the immediate construction of 300 housing units at the site.

The units, according to Netanyahu's statement, was promised several years ago after Beit El buildings in an area known as Ulpana Hill were evacuated. Netanyahu also said that he had approved carrying on with planning for 500 new housing units in East Jerusalem.

Netanyahu's statement came after the Beit El Regional Council slammed the ruling, saying it was "amazed" at the High Court's insensitivity. Representatives from the group said they would call on Netanyahu "to swiftly approve the construction of the 300 housing units he has promised".

Since Monday, Beit El has attracted protesters with crowds swelling into Tuesday evening when some 200 people began throwing rocks at police and setting fire to tyres, according to local reports.

Special police units and heavy machinery were deployed to the settlement overnight due to the violence, the paper said. Two youths have been arrested, but the situation seems to have calmed since then with no fresh violence reported on Wednesday.

The High Court first ruled that the two structures be torn down last year, slating them for demolition by the end of this month after Yesh Din, a group representing affected Palestinian landowners, accused the construction company of raising the structures illegally.

West Bank settlements are considered illegal under international law and their growth widely condemned by the international community.

"The UK is deeply concerned by reports that planning for 1,065 settlement units is being advanced, including possible retrospective approval of buildings built without permits or on private Palestinian land,” Tobias Ellwood, the UK's minister for the Middle East, said in a statement.

"We call on the Israeli government to discard these plans and refrain from such steps. Every settlement announcement has a negative impact on prospects for peace and a negotiated solution."

“The UK's position on Israeli settlements is clear: they are illegal under international law and undermine the prospects for a two-state solution."