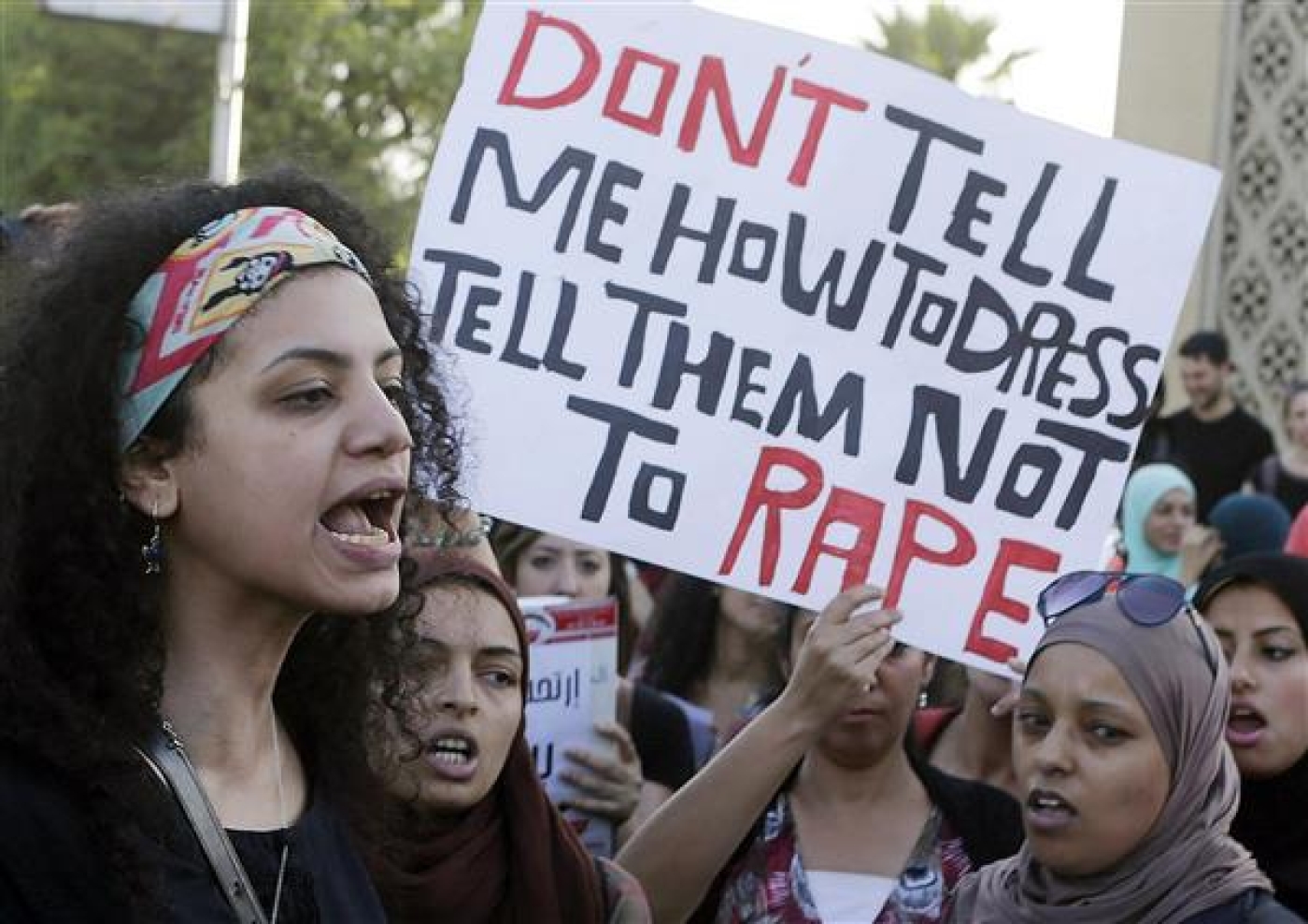 An Egyptian woman has won a landmark court case against one of the country’s most popular tabloid newspapers after it published details of sexual harassment she experienced.

The Anti-Harassment Movement launched a case against daily al-Yaum al-Sabie after it published the full name, ID number, age and address of the woman, who was a minor when she was assaulted during an anti-harassment march in the capital last year.

A judge sitting at a Cairo court ruled on Wednesday that the privately owned Egyptian daily must pay the young woman 10,000 LE ($1,300) in damages.

The online version of the article was taken down soon after it was published on 24 June 2014, amid controversy over the decision to publish the woman's details.

The woman is a member of Egypt’s Anti-Harassment Movement, a civil society organisation that raises awareness about the sexual harassment faced daily by women and men across Egypt.

In a statement on Wednesday, the group said the newspaper had committed a “clear violation of the privacy of survivors of sexual harassment”.

The publication of the woman's details came just days after Egypt’s Journalist Syndicate demanded that newspapers stop publishing the names and images of survivors of sexual harassment.

The Anti-Harassment Movement said al-Yaum al-Sabie had “put the lives of harassment survivors in danger” by publishing their details.

In the wake of the decision, the group is calling on other sexual harassment survivors whose details have been published to take legal action against media organisations.

“Together we won the case, and the young woman got 10,000 Egyptian pounds [$1310] in compensation – you deserve the same, and we will support you,” the group said in a later Facebook post.

Several campaigns and movements have sprung up in recent years to try and stamp out what they say is an endemic culture of sexual harassment.

Many are based around educating people about the issue and documenting instances.

However, in a country where more than 90 percent of women report having been sexually harassed at some stage, other groups take more radical action, offering self-defence classes and organising patrols in public squares.

One group, Harassing the Harassers, is made up of young men and women who don hi-vis vests and apprehend people accused of harassment, using a ready-made stencil to spray-paint “I am a harasser” on their backs.