The UK parliament's foreign affairs committee on Sunday indicated that it would look into allegations that an Israeli embassy official sought to influence British politics and undermine senior politicians as part of a broader investigation into British policy towards the Middle East peace process.

The launch of the inquiry comes just a few weeks after Shai Masot, a senior political officer at the embassy, was exposed by an undercover reporter discussing "bringing down" Alan Duncan, a junior foreign minister, and discussing a "hit list" of members of parliament which included Crispin Blunt, the chair of the foreign affairs committee.

The British government has declared the matter closed following an apology from the Israeli embassy, which had described Masot as a junior member of staff whose behaviour had been "completely unacceptable", despite calls from the opposition Labour party for an investigation into "improper interference by the Israeli embassy.

But Blunt said that the terms of reference for the new inquiry would include examining the "influence of foreign states".

"The Government may have formally closed the issue of Shai Masot, but one of our terms of reference invites consideration of the way that foreign states and interested parties seek to influence UK policy," said Blunt.

"In any such discussion, it is necessary to recognise the legitimate right of individuals and organisations to lobby within the bounds of the law. It is important to understand the context in which the UK formulates policy."

The committee noted in its statement that three significant anniversaries concerning the Israel-Palestine conflict would be marked in 2017 including the 100th anniversary of the Balfour declaration, the 1917 document in which the UK declared its support for the creation of a "national home for the Jewish people" in Palestine.

This year also marks the seventieth anniversary of the United Nations' commitment to a two-state solution, and fifty years since the 1967 war which led to Israel's illegal occupation of territory including the West Bank and East Jerusalem.

REVEALED: AIPAC's plans to drag UK into 'US sphere' over Israel

"The Israeli-Palestinian conflict remains an open wound on the map of the Middle East, leaving successive generations living under the perpetual shadow of destructive violence," said Blunt.

"It is unlikely that 2017 will be the year when a just and equitable solution is reached but, a century after the Balfour Declaration, the Foreign Affairs Committee wants to examine the UK’s role and our efforts to enable a resolution.

“The Committee will consider the historic and systemic issues that constitute such stubborn obstacles to peace. This context includes on-going issues of violence and incitement, internal divisions, and settlement expansion - all set within the context of Britain’s relations with the various parties to the conflict and its efforts to help them overcome these obstacles."

The inquiry is also set to examine the UK's position in response to the policies of the new US administration, and partnership with the EU in supporting peace, said Blunt.

In secret recordings filmed over several months by an undercover Al Jazeera reporter, Masot also discussed setting up and supporting youth organisations linked to British political parties as well as working with student officials and campaigners to undermine support for the anti-Israel boycott, divestment and sanctions (BDS) campaign on British university campuses.

Masot subsequently left the London embassy and resigned from the foreign ministry.

The government had faced calls for an inquiry not only from the Labour but also from within Conservative ranks, with Blunt describing the revelations concerning Masot as "interference in British politics of the murkiest kind".

A public petition calling for an inquiry has almost reached 10,000 signatories, the number required for the government to respond. 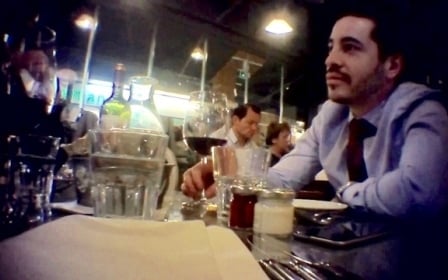 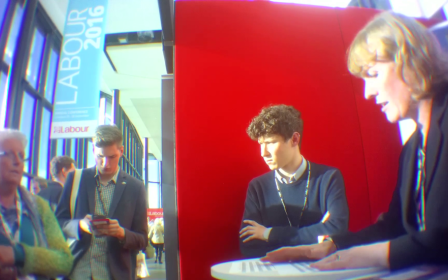