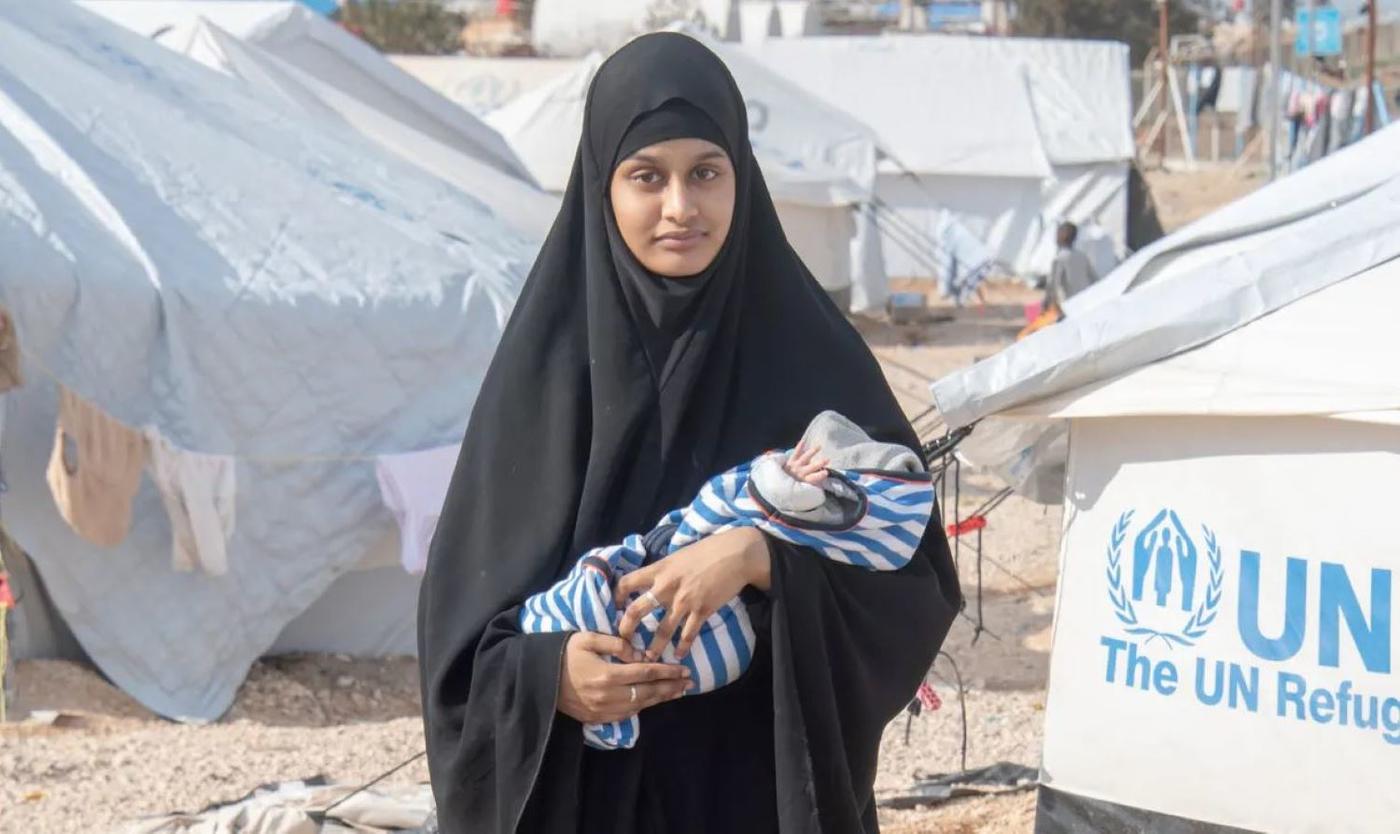 Shamima Begum, the British teenager who joined the Islamic State (IS) group in Syria, said she was facing threats of retaliation against her child if she spoke out against the militant group to journalists.

Speaking for the first time since her newborn son Jarrah died in a refugee camp in northern Syria, 19-year-old Begum said she was "brainwashed" by the group and "regretted" her decision to join IS.

"I was afraid of my life and of my child's life," Begum told the Times.

"Back in al-Hawl, there was a lot of dangers that came with not supporting Dawlah," said Begum, referring to IS using the Arabic word for state. "[They threatened] to burn down my tent and stuff. I knew that everyone was watching my case, what the journalists were saying about me and I was saying, how I was presenting myself to the journalists, so anything I said against Dawlah, they would immediately attack, so I was afraid of that."

When asked who was threatening her in the al-Hawl refugee camp, Begum said that groups of Tunisian IS women threatened her and others who went against the Islamic State's ideology.

"They [Tunisians] told me that me not covering my face it means that I'm not Muslim which is not true, and that gives them the right to burn down my tent?" said Begum.

"These people are more extreme than Dawla. Some people believe that Dawla are not even Muslim and they have the ideology that they've created out of ignorance and pride."

Begum was transferred to the al-Roj refugee camp a week before giving birth to Jarrah. Since moving to the camp, she claims to have found groups of women who have also become disillusioned with IS.

"There are more women here who don't believe in what Dawlah did," said Begum.

"They were in the same situation as me. They came thinking one thing, but then they saw a whole different story.

"I feel more open to speak about it now. I had no idea of the extent of what was going in Dawlah- women being put in prison, people's husbands being executed for no reason. I am shocked."

Earlier this month, Begum's family began the formal process to challenge the British government's decision to revoke her UK citizenship.

Her case has led to serious criticism of the UK government, which has been accused of rendering Begum stateless and abandoning her and her young child who died.

In the United States, the State Department recently said it would not allow a woman to return to the country after she left to join IS in Syria.

The US government has argued that Hoda Muthana is not a US citizen and therefore she has no right to enter the country.

Still, her family and lawyer say that the Trump administration's claims are false - and she is, in fact, a US citizen - and they have vowed to take the case to court.

"They're playing games with the vague language, and they're going to see us in court," Muthana's lawyer, Hassan Shibly, told Middle East Eye in February.