Shiite rebel seizure of Yemen capital a 'gift' for Tehran? 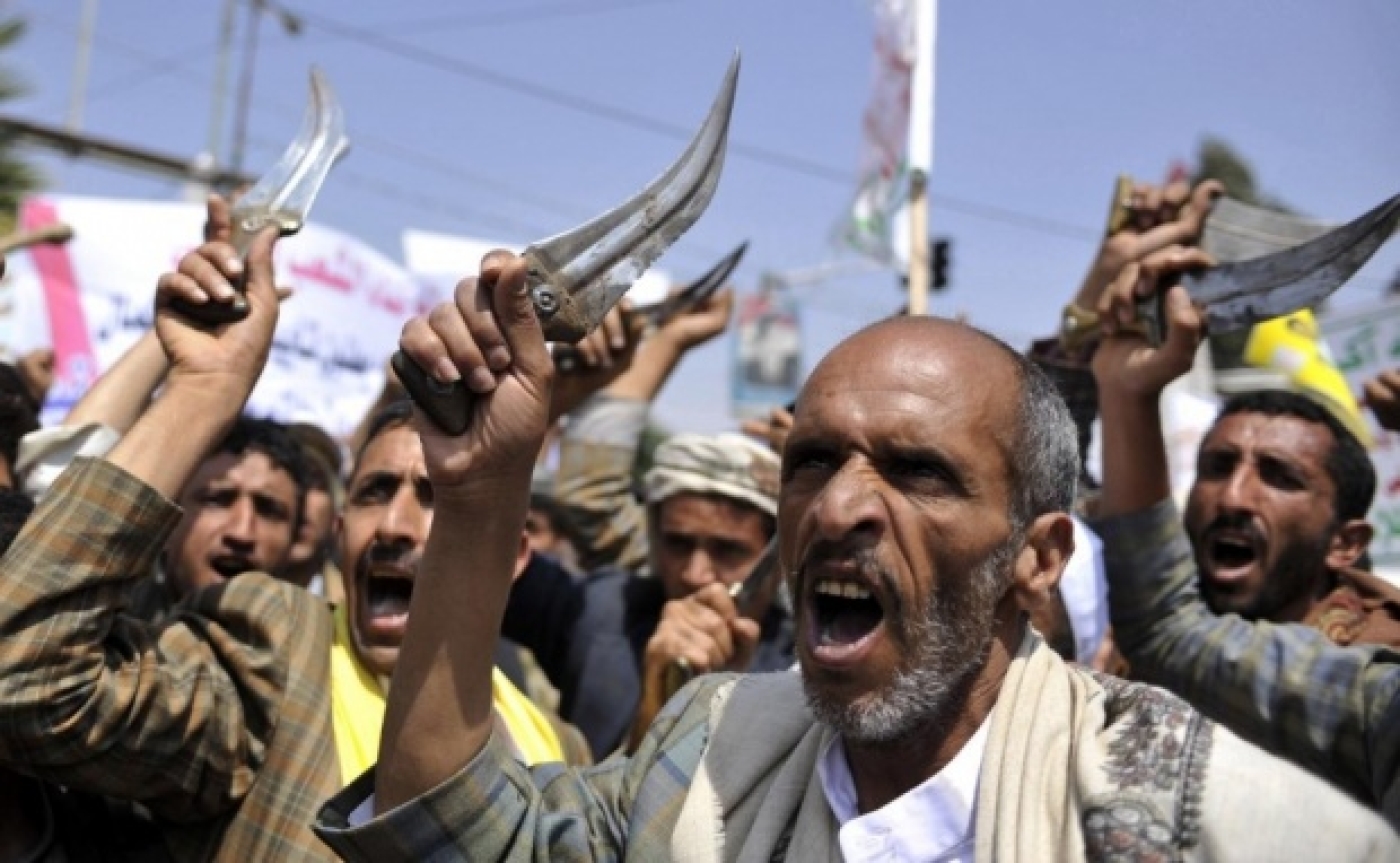 The takeover by Shiite rebels of Yemen's capital this week is a potential boost for Iran, analysts said.

It is still unclear what the links are between the Ansarullah, or Huthi, rebels and Shiite-ruled Iran, but Tehran will no doubt be pleased by a move that offers the prospect of expanding its influence on the Arabian Peninsula.

The capital Sanaa lies in the Shiite-majority northern highlands, but the rest of Yemen is overwhelmingly Sunni and Al-Qaeda militants have a strong presence in the south and east.

And a complicating factor could be former president Ali Abdullah Saleh, forced from power after 33 years of iron-fisted rule by a 2011 uprising but still a key powerbroker.

Saleh, who is himself Shiite, is widely believed to have played a role in the rebels' takeover of Sanaa through his tribal and security force allies, and it is still unclear what he may expect in return.

As it stands, rebel leader Abdelmalek al-Huthi has taken advantage of the collapse of state institutions to impose himself as a force to be reckoned with in the capital.

Ibrahim Sharqieh, an analyst at Brookings Doha, said there is "no hard evidence to confirm official Iranian backing though the issue is very clear that the Huthis receive significant support from Iran".

Saleh's successor, Abdrabuh Mansur Hadi, a Sunni originally from the south, is adamant there are "foreign plots" aimed at torpedoing progress in Yemen.

"Internal and foreign forces (have) allied to... overthrow the Yemeni model" of political transition after the uprising of 2011, the president said.

His views were backed by reports that Yemen freed this week two Iranians said to be members of Iran's elite Revolutionary Guards who were accused of having trained the Shiite rebels.

The rebels' advance coincides with an intensification of the war on the Islamic State group by the United States and its Gulf Arab allies.

For the analyst Sharqieh, "the Americans have chosen to accommodate Iran's expansion of influence in Yemen for two reasons".

The first is "a lack of strategy on how to resist this increasing influence," coupled with Washington "sticking to its traditional security-focused approach of prioritising counterterrorism over any other aspect of its relations with the Middle East."

Washington regards Al-Qaeda's Yemen-based affiliate as its most dangerous and has been waging a drone war against its leaders for years, with the backing of first Saleh and more recently Hadi.

Sharqieh said the Huthis and Iran are "staunch adversaries" of Al-Qaeda in the Arabian Peninsula, "so the arrival of Huthis to power, though they raise a slogan of 'death to America,' is still (more) favourable to the US than an increasing influence of Al-Qaeda".

And he added that US Secretary of State John Kerry's statement about a role for Iran in the fight against terrorism "is an indicator of where (President Barack) Obama's first priority is".

Neil Partrick, a Gulf analyst at the Royal United Services Institute for Defence and Security Studies, said the Huthis "are more likely to be seen in Iran as one of several ways of pressuring Saudi Arabia and of suggesting regional leverage."

Meanwhile, looming over the scene is the figure of 72-year-old Saleh.

"It is widely believed that his alliance with the Huthis was a key for their successful move," Sharqieh said.

Partrick said the 72-year-old Saleh "has seemingly been coordinating with the Huthi for some time and recently boasted of such an alliance".

All of this may form part of a move by the ousted strongman to return to centre stage in Yemeni politics.

He continues to maintain links with neighbouring Saudi Arabia and its ally, the United Arab Emirates, to which his son Ahmed is Yemen's ambassador.

So far, Riyadh has not reacted to the seizure of Sanaa by the rebels, who fought border skirmishes with Saudi Arabia in 2009 and 2010.

For now it remains to be seen what the kingdom will do following the latest turn of events in Yemen, as the Huthis' rivals are the Islamist Al-Islah party, which is linked to the Muslim Brotherhood, an organisation opposed by Riyadh.