Snow falls in Kuwait for 'first time ever' 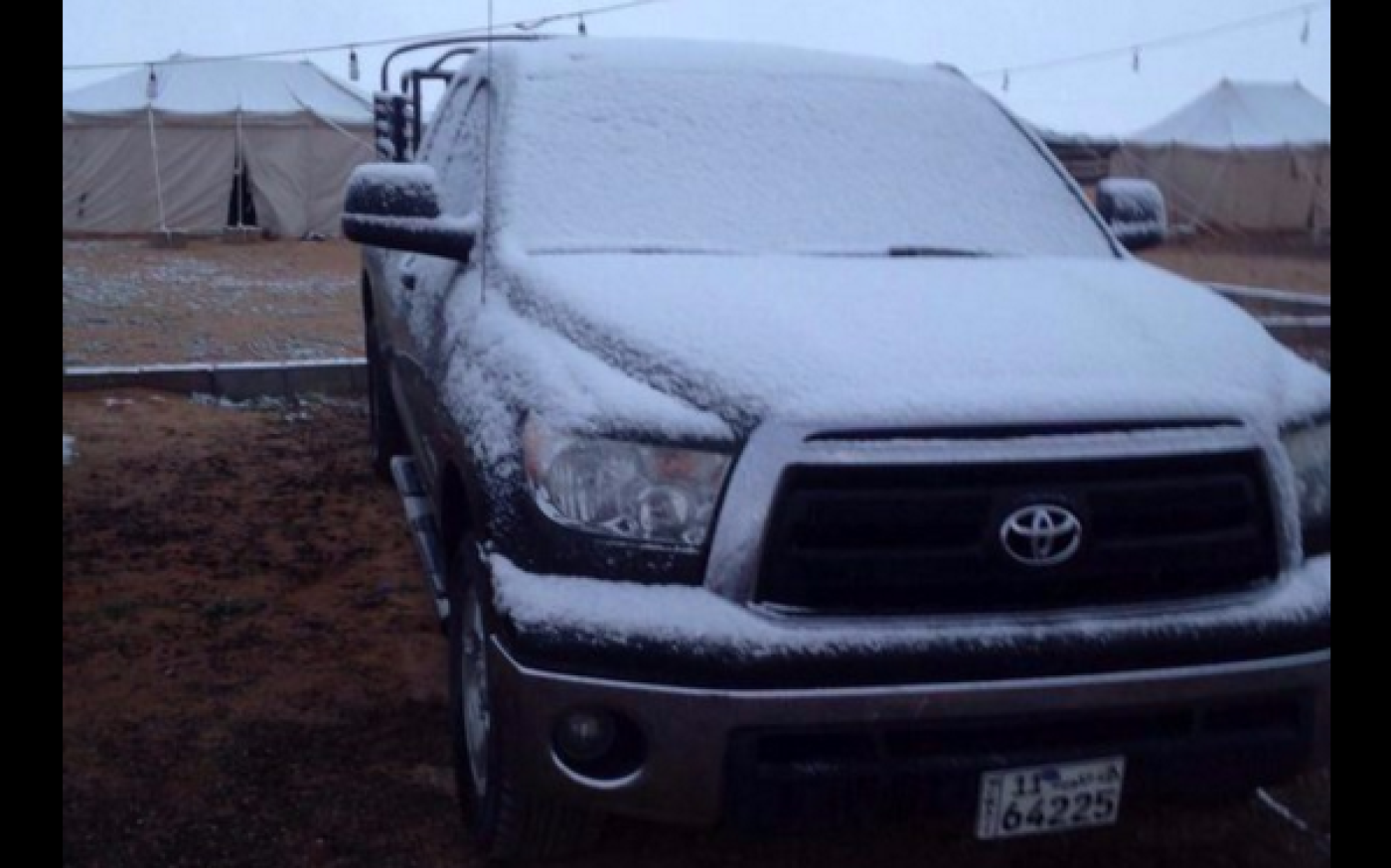 Snow fell on Kuwait on Thursday morning for the first time in the country's history, pictures sent to Middle East Eye show.

Footage sent to MEE showed snow flakes falling in the Gulf state, where temperatures have plummeted in recent days.

Temperatures in Kuwait soar up to 50C in the summer months and even in winter 20C is the norm. However, on Thursday the temperature was as low as 3C.

There is no record of snow having fallen in Kuwait before, although the emirate has experienced hail and frost in the past when temperatures have fallen in the winter.

A Kuwaiti told MEE that Thursday's snow was a first for the country.

"I asked my grandfather, he said there has never been snow before," they said, preferring to remain anonymous. "Everyone is surprised."

While snow is unheard of in Kuwait, in neighbouring Saudi Arabia the north of the country regularly sees snowfall.

In the city of Rafha on Thursday temperatures fell to -2C. Photos and footage sent to MEE showed the ground covered in snow.

Temperatures are expected to recover quickly in Kuwait, with predictions for the rest of the week of highs of 20C. In northern Saudi Arabia, the weather is also set to improve, and temperatures will increase to a high of 19C.