Soldier killed as Turkish army clashes with IS in Syria 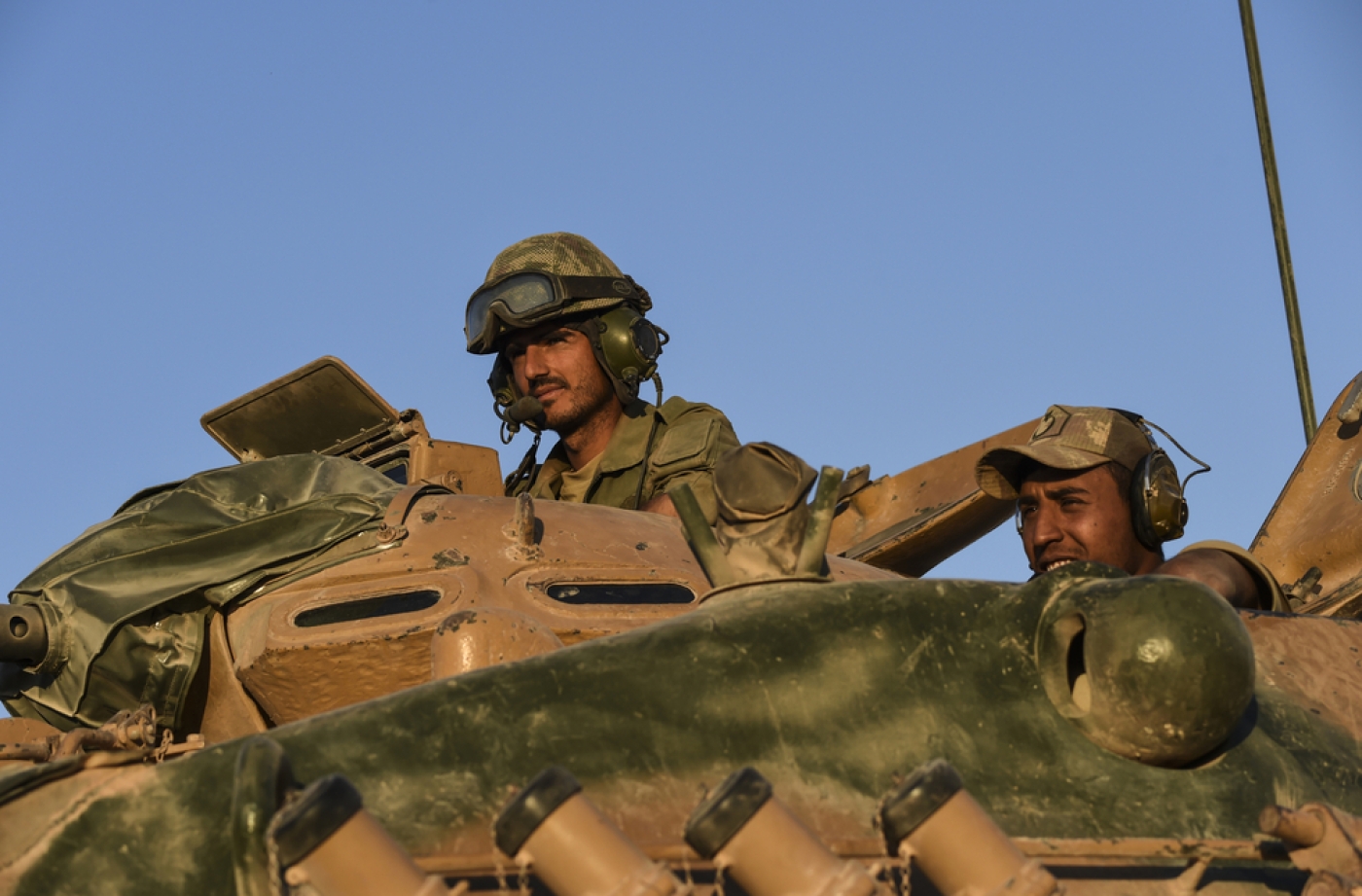 Turkish soldiers stand in a Turkish army tank driving back to Turkey from the Syrian-Turkish border town of Jarabulus (AFP)
By
MEE and agencies
One Turkish soldier was killed during clashes with militants in Syria as Ankara's ambitious operation in the country's north approaches its second month, state media reported on Wednesday.
Three other soldiers were slightly injured in the confrontation with Islamic State group militants in Ziyara, east of Al-Rai town, the official Anadolu news agency said, quoting the Turkish armed forces.
Some 18 IS "terrorists" were "neutralised", Anadolu said.
The latest death raises to 11 the number of soldiers killed since Turkey began its operation on 24 August to remove IS elements from its border.
Most were killed by IS but one soldier was killed in an attack blamed on the Kurdish People's Protection Militia (YPG).
Ankara has sent dozens of tanks, artillery and hundreds of troops into northern Syria to help Syrian rebels recapture territory lost to IS and halt the westward advance of the YPG.
Turkey sees the YPG as a "terrorist" group linked to Kurdish separatists waging a 30-year insurgency in its restive south-east.
Coalition air strikes have also supported the Ankara-backed rebels.
At the weekend, Ankara extended its current mandate for a year to allow military action in Syria and Iraq against IS and other groups that Turkey says are terrorist organisations.