The Southern Front is a group of anti-Assad militias in Daraa and Quneitra, who have been paid, armed and directed by US-led MOC 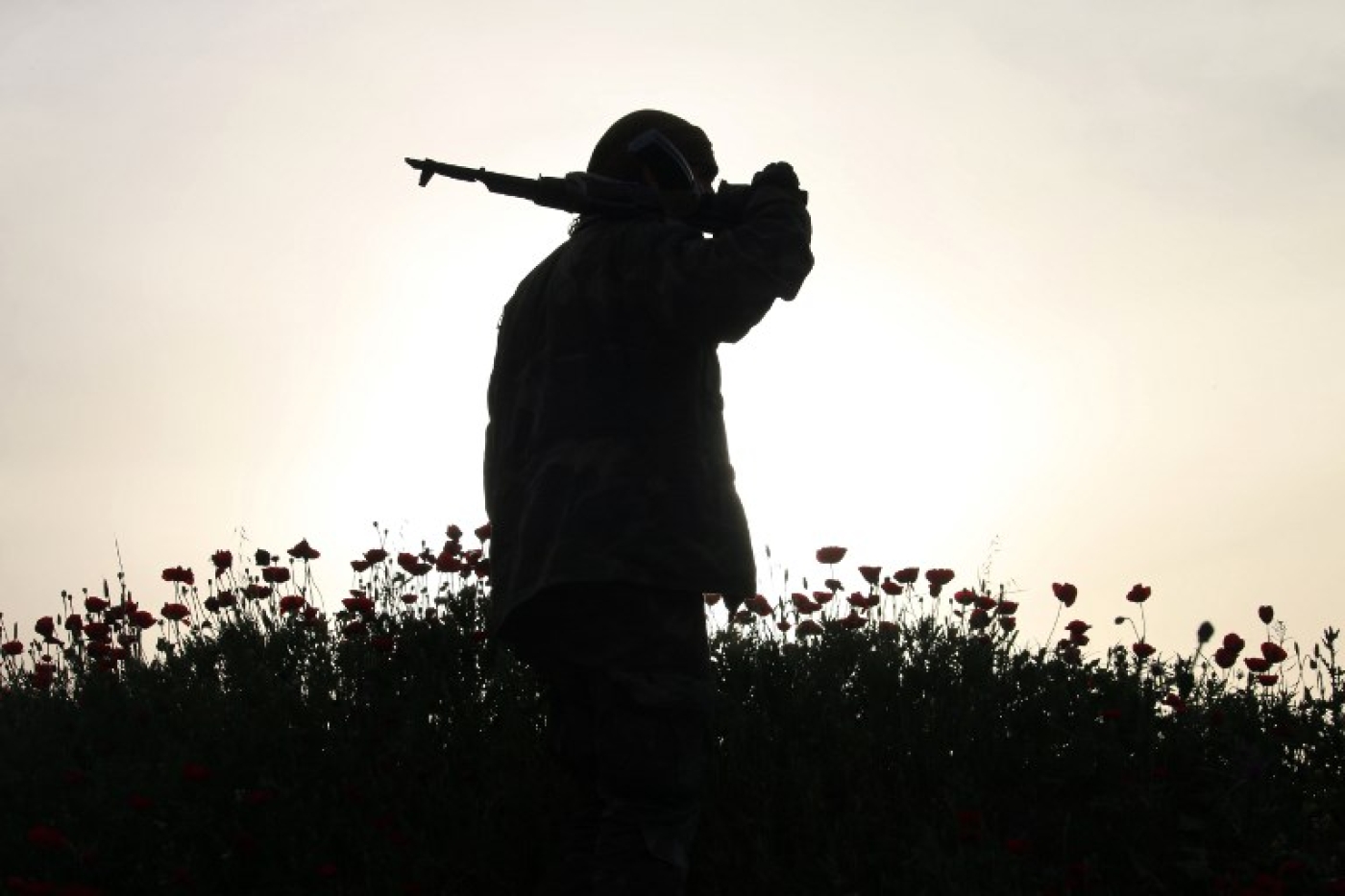 AMMAN - In the coming weeks, between 10,000 and 20,000 men in southern Syria will get their last month’s pay from the US government.

The men are part of the Southern Front, a loose collaboration of dozens of anti-Assad, Western-vetted militias operating in Daraa and Quneitra provinces. For close to four years, they have been paid, armed and directed by the Military Operations Command, or MOC – a US-led support mechanism and weapons bridge operating out of Amman.

But before the month is out, that support and oversight will end as the US government, under a directive from President Donald Trump, ceases support for Syria’s anti-Assad rebels.

The end of the status quo

Southern Syria has been largely quiet for more than a year and a half, and particularly quiet since a truce began on 9 July when the US, Russia and Jordan agreed to support a de-escalation zone in Quneitra, Daraa and parts of Suwayda as part of the ongoing diplomatic process to achieve a sustainable peace in Syria.

Close to 60 percent of the province of Daraa is controlled by largely non-extremist opposition groups that, for Jordan to the south and Israel to the west, are preferable neighbours than the Shia militias aligned with Lebanon's Hezbollah and Iran's Islamic Revolutionary Guard Corps (IRGC) that might replace them.

For more than three and a half years, dozens of fighting groups in the south have been part of a rebel alliance fed and funded by the MOC, which is an American project.

The MOC is an umbrella group for many states – Saudi Arabia, Qatar and the UK are also involved – but the US has provided and held the umbrella.

One source close to the MOC said the US pays around 60 percent of the Southern Front’s salary bill.

'I don’t think there is any more interest in using the Southern Front as an offensive, disruptive force'

In exchange, the composite groups of the Southern Front have, more or less, held back the Shia militias that the US and its allies Jordan and Israel don’t want to see in the south.

The Yarmouk Army, the Omari Brigades and the Syria Revolutionaries Front are some of the MOC-supported groups that claim to be fighting for a secular, democratic Syria. In their fight to oust Syrian government and allied forces from Daraa and Quneitra, they have formed a sort of buffer between Jordan and Israel and the Shia militias that make up a large part of the pro-government fighting force.

Despite several well-documented, failed offensives, the Southern Front has managed to hold most of its ground since 2013, giving its MOC sponsors the shield they desire.

But that may be about to change.

“The MOC as it existed is ending,” said Sam Heller, a Syria expert with the Century Foundation. “But it’s not clear what’s next.”

The US State Department and CIA have repeatedly declined to comment on the MOC and its activities.

The risk of chaos

With the southern ceasefire now five months old and holding, there is little interest from the Southern Front's international backers or a war-weary civilian population in reinvigorating the conflict.

Underscoring this point, the spokesman of the Southern Front declined to comment on the group's intentions, citing the truce and the goal of maintaining calm and stability.

But with government-allied forces including Shia militias actively pushing south, the Southern Front still has a role to play, particularly in the context of the de-escalation zone in southern Syria, which relies on these militias being kept around 10km from Jordan and Israel's borders.

Heller, like many Syria analysts and researchers, believes that leaving the Southern Front in the lurch now could create far more problems than it solves, particularly in the context of the de-escalation zone in southern Syria.

“I don’t think there is any more interest in using the Southern Front as an offensive, disruptive force," Heller told MEE.

"But it’s currently on one side of the stabilisation zone, and if you cut off their salaries you risk scrambling and destabilising the Southern Front and throwing this whole de-escalation arrangement out of balance."

“There are multiple sides to this de-escalation and if you make one of those sides go haywire or turn in on itself, then everything goes sideways.”

It's not yet clear how resilient the Southern Front will be to having its funding cut. Salaries have been months late before, but this will be the first time the funding is turned off completely.

Some of the men who are part of groups that belong to the Southern Front have separate occupations – they’re farmers or mechanics who fight when they are called up, but otherwise live civilian lives and earn civilian income.

But for others, particularly younger men who have only known war in their adult lives, there are fewer options.

Leaving these men without income, as meagre as the $60 monthly stipend is, could mean leaving them desperate enough to turn to criminality, kidnapping, banditry and mercenary activity.

This is the kind of chaos Jordan and Israel don’t want on their borders – both in itself, and because it could create the kind of conditions that lead to military outcomes both states fear.

Commanders say cutting off the Southern Front will benefit an enemy shared by the fighters on the ground and their international backers: extremists.

“Most of these people [extremists] have a lot of money and their plan is to attract the people with no money and recruit as many as they can," said Bashar Zoabi, head of the Yarmouk Army, one of the largest factions in the Southern Front.

"If this happens, it will weaken our ability to keep Da’esh out the southern region not to mention the regime and the militias,” added Zoabi.

He said commanders were worried about the logistical and security consequences on the battlefield and a real risk of “chaos spreading as we are not able to control the liberated areas”.

Leaving a void will be the collapse of southern Syria. There’ll be no more carrot, no more stick, just a reliance on Russian goodwill to keep Shia militias away from the Israeli and Jordanian borders

Another Southern Front insider, who did not wish to be identified, agreed. “Can you imagine the kidnapping, the smuggling, the looting of artefacts?”

The consequences of a further loss of security in the south wouldn’t be confined to Syria alone, said an Amman-based analyst, commenting anonymously as he was not authorised to speak with the press.

“Leaving a void will be the collapse of southern Syria. There’ll be no more carrot, no more stick, just a reliance on Russian goodwill to keep Shia militias away from the Israeli and Jordanian borders,” he said.

Jordan has maintained an official policy of non-involvement on Syria, even as it has supported the Syrian opposition and preserved ties with Damascus. Anxious to get trade moving again, Jordan has unsuccessfully pressured the opposition to hand control of a key border crossing back to the government.

Israel, too, has maintained an official policy of noninvolvement even as it has offered humanitarian and military support to so-called moderate groups in the Golan and launched dozens of air strikes into Syria.

Israeli jets have targeted Syria numerous times, reportedly striking Hezbollah targets most of the time. Despite the official policy, it's possible to read between the lines that Israel would far rather have a "fence" of more moderate Sunni opposition fighters between it and Assad-allied militias. Cutting off the Southern Front's funding could put a major strain on that fence.

Options on the table

The next and final cash payment, covering November and December, is thought to be days away, and there is as yet no transition plan for the Southern Front. Insiders say a lot of ideas were batted around during the summer, but nothing has yet stuck.

It’s not just about keeping the cash running: on the US side, someone has to own the programme. According to one Western diplomat, who wished to remain anonymous, any change in ownership won’t be quick or clear-cut.

The diplomat had heard a few ideas batted around: a border guard force, a security force or a gendarmerie. The Amman-based researcher said over the summer a lot of consideration had been given to vocational training – particularly training men as barbers – without, he thought, fully thinking things through.

“No one’s going to get their hair cut by the guy who has been shaking down their family,” he said.

But ideology is still a factor, and for some of the Southern Front, it is a significant driver. They fight to oust Assad, not for the money or to please foreign backers, and they may continue to fight him even without the MOC.

Along these lines, one Southern Front insider said that even if a political solution is eventually agreed, the fear that Syrian President Bashar al-Assad would make good on his threat to take back “every inch” of Syria meant that the opposition-controlled areas of the south could still act to prevent this from happening.

“We need border guards in all meanings of the term,” he said. “We need them to guard our international borders and the truce lines.”

With British and American funding and expertise already supporting community policing projects inside opposition-controlled southern Syria – the Free Syrian Police are a notable example, appearing in the south in 2016 after operating in the north of the country for several years – some sort of gendarmerie programme seems likely.

There are gaps between recognising the problem, coming up with a solution and mobilising governments to implement it. And it sounds like we are someplace in the middle of this

“It would be a natural pivot for the Southern Front to control roads, checkpoints and the security outside of towns while the Free Syrian Police operate inside towns,” said the researcher. But he acknowledges that this raises the spectre of clashes between police forces, as well as jurisdictional and procedural issues.

It also ups the price tag. To incentivise men to join any new programme, it ought to be more remunerative than the last, and offer more than any ghost salary might have generated – a significant issue under the MOC project. This would mean around $80 or $100 per man, per month, instead of $60.

As of 13 December, the Southern Front advisor was confident a solution was under construction, but he didn’t know when it might materialise. And this is exactly what has southern Syria watchers so nervous: what might happen before a new project swings into gear.

“There are gaps between recognising the problem, coming up with a solution and mobilising governments to implement it. And it sounds like we are someplace in the middle of this,” said Heller. 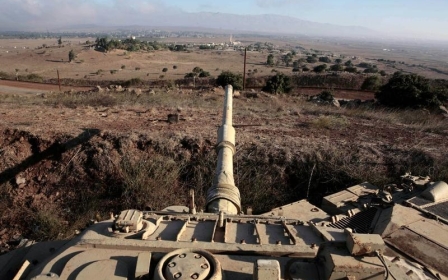