State of emergency declared after 14 killed in Tunis bus attack 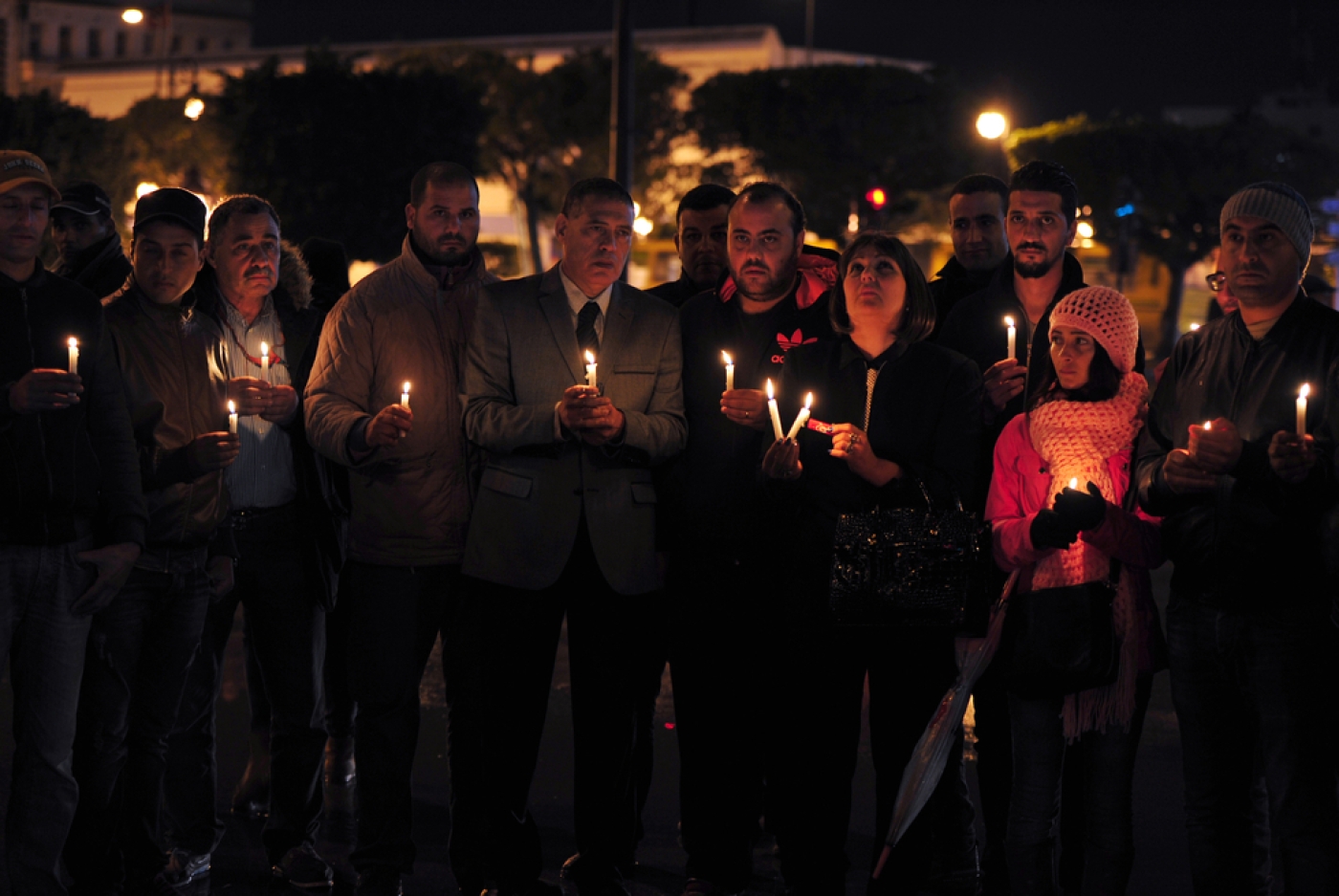 At least 14 people were killed and 11 people wounded after an explosion hit a bus carrying Tunisia’s presidential security guard in Tunis late on Tuesday, the country’s interior ministry said.

The attack occurred on the busy Mohammed V Avenue, a key thoroughfare in the capital, reportedly as the bus passed the headquarters of the RCD, the political party of former president Zine El Abidine Ben Ali, Tunisia Live reported.

Firas Jaouani, 22, was working at a nearby clothing store when he heard the explosion.

“I was working and I heard a loud explosion. Everyone began to panic," Jaouani told Middle East Eye. "People were crying and screaming, not knowing what was happening. The security guards shut down the whole mall because they were worried about another attack.”

Meanwhile, MEE contributor Conor McCormick-Cavanagh said that there was a general state of panic throughout the city.

"Security forces are cracking down on cars filled with bearded men, just because they look religious. Police are clashing with journalists and citizens at the scene of the crash," he said.

Aymen Abderrahmen, a 27-year-old freelance journalist, was at the scene in the aftermath of the attack and said he was assaulted by security forces as he tried to get closer.

“The police were beating me. Many of them attacked me at once," he told MEE. "They were cursing at me. They hate journalists.”

Meanwhile, Habib M. Sayah, a Tunisian security analyst, said the attack could have been carried out in a number of ways. President Beji Caid Essebsi, who cancelled a trip to Switzerland for Wednesday, declared a state of emergency throughout the country and a curfew in the capital.

"As a result of this painful event, this great tragedy ... I proclaim a state of emergency for 30 days under the terms of law and a curfew in greater Tunis from 9pm (2000 GMT) until 5am tomorrow," he said in brief televised address.

Presidential spokesman Moez Sinaoui, who described the bombing as an "attack," told AFP the curfew would stay in place until further notice.

An AFP journalist on the scene saw the partly burnt-out shell of the bus, along with police, ambulances and fire trucks. Many people were in tears.

A bank employee working nearby reported hearing a large explosion and seeing the bus on fire.

"That is the only way to respond to these barbaric acts," he told AFP.

There was no immediate claim of responsibility for the attack, which comes a day after the interior ministry said Tunisia’s ex-president Moncef Marzouki had been the target of an assassination plot.

Previously, Marzouki's security had been under the jurisdiction of a special presidential unit, but over the past two or three weeks had been taken over by the interior ministry, according to his former campaign manager, Adnene Mancer.

"When Dr Marzouki's protection was reduced, the terrorists probably thought that they could act," Mancer said on Monday. "If the threats had been carried out, it would have triggered chaos in the country," he said.

Two attacks earlier this year claimed by the Islamic State group targeted foreigners - at the National Bardo Museum in March, killing 21 tourists and a policeman, and at a resort hotel in Sousse in June, killing 38 tourists.

Dozens of members of the security forces have also been killed by militants since 2011.