Sudan's military reinstated Prime Minister Abdalla Hamdok on Sunday and announced the release of all political detainees after weeks of deadly unrest triggered by a coup.

Under an agreement signed with military leader General Abdel Fattah al-Burhan, Hamdok will lead a civilian government of technocrats for a transitional period.

Hamdok said he had agreed to the deal to stop the bloodshed.

"Sudanese blood is precious, let us stop the bloodshed and direct the youth's energy into building and development," he said.

But the civilian coalition that shared power with the military previously said it opposed any talks with the "putschists" and called for protests to continue.

Security forces fatally shot a 16-year-old boy in the head in the Sudanese capital during protests on Sunday, medics said, raising the death toll to 41 since the coup began.

On 25 October, Burhan declared a state of emergency and ousted the government in a coup that upended a two-year transition to civilian rule and sparked international condemnation.

The military also detained a number of civilians who held top positions under the power-sharing deal agreed with the military after longtime ruler Omar al-Bashir was ousted in 2019. 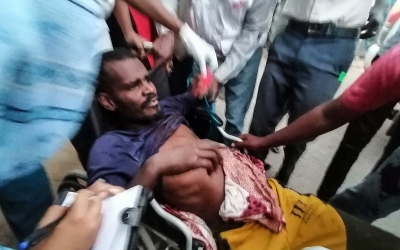 Hamdok had been under effective house arrest since the power grab that triggered a wave of deadly anti-coup street protests.

Hours after the deal was announced on Sunday, thousands of protesters took to the streets of the capital, carrying Sudanese flags and pictures of those killed during recent protests, and called for Burhan's downfall.

"A political agreement has been reached between General Burhan, Abdalla Hamdok, political forces and civil society organisations for Hamdok's return to his position, and the release of political detainees," senior Sudanese mediator Fadlallah Burma, acting head of the Umma party, told AFP.

A group of Sudanese mediators including politicians, academics, and journalists who have been locked in crisis talks in recent weeks, released a statement outlining the main points of the deal, which included the resumption of the constitutional, legal and political consensus governing the transitional period.

However, the main civilian bloc that spearheaded the protests that ousted Bashir rejected Sunday's deal.

"We affirm our clear and previously declared position, that there is no negotiation, no partnership, no legitimacy for the coup," said the mainstream faction of the Forces for Freedom and Change in a statement.

The group also demanded the coup leaders be tried for undermining the legitimacy of the transition process, for repression, and for the killing of protesters.

The return of Hamdok has been a key demand of the international community that condemned the takeover and suspended some economic assistance to Sudan.

"The agreement will be officially announced later today, after the signing of its terms and the accompanying political declaration," the Sunday statement said. Sudan coup: Why talks on the country's future are failing
Read More »

Sunday's deal announcement came as pro-democracy activists geared up for the latest in a wave of mass protests to denounce the coup and the ensuing crackdown, in which medics say 16 people were killed last Wednesday alone.

On Saturday, hundreds again rallied in Khartoum while in North Khartoum, across the Nile from the capital, protesters erected barricades and set tyres on fire.

During the unrest in North Khartoum, a police station was set on fire, with security forces and protesters blaming each other for the blaze.

Early on Sunday, roadblocks had been lifted and traffic again flowed smoothly around Khartoum, according to an AFP correspondent. 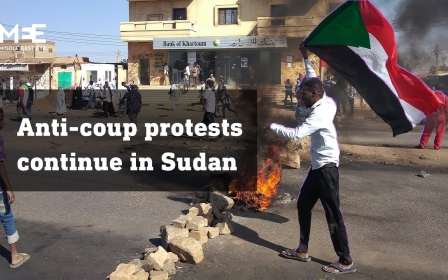 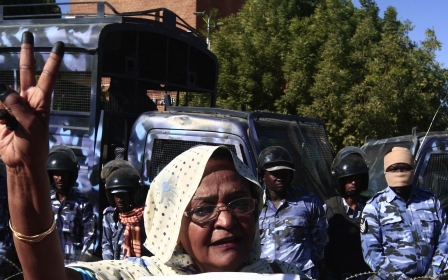