The following are international reactions to the military coup in Sudan, where soldiers on Monday arrested the prime minister and several members of the country's transitional government.

The United States government is "deeply alarmed" by reports of a military takeover, which is contrary to the will of Sudan's people, the White House said.

"We reject the actions by the military and call for the immediate release of the prime minister and others who have been placed under house arrest," said White House spokesperson Karine Jean-Pierre.

US Secretary of State Antony Blinken said: "The United States strongly condemns the actions of the Sudanese military forces," calling for the restoration of the civilian-led transitional government. 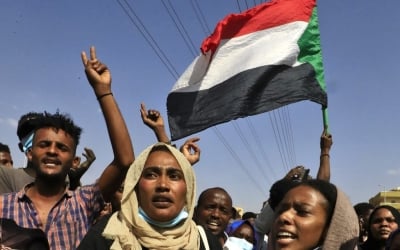 US State Department spokesperson Ned Price said: "In light of these developments, the United States is pausing assistance from the $700m in emergency assistance appropriations of economic support funds for Sudan."

Price said US officials had not been able to contact Sudan Prime Minister Abdalla Hamdok and added that the US considers the army's move as a "military takeover".

However, he said the US would not undertake a determination into whether a coup had taken place because Washington was already operating under the 1989 coup determination, when Bashir came to power through a military takeover.

On Twitter, UN Secretary-General Antonio Guterres wrote: "I condemn the ongoing military coup in Sudan. Prime Minister Hamdok & all other officials must be released immediately.

"There must be full respect for the constitutional charter to protect the hard-won political transition. The UN will continue to stand with the people of Sudan."

"It would be disastrous if Sudan goes backwards after finally bringing an end to decades of repressive dictatorship," she said.

In a statement, the Arab League said: "Arab League Secretary General Ahmed Aboul Gheit expressed deep concern about the developments in Sudan, calling on all Sudanese parties to fully abide by the constitutional document signed in August 2019 with the involvement of the international community and the Arab League, as well as the 2020 Juba Peace Agreement."

The two deals had stipulated that power would be handed over to civilian rule by the end of a three-year transition period in late 2022.

"The Chairperson calls for the immediate resumption of consultations between civilians and military... The Chairperson reaffirms that dialogue and consensus is the only relevant path to save the country and its democratic transition," Mahamat said in a statement.

"We call on the security forces to immediately release those they have unlawfully detained," EU foreign policy chief Josep Borrell said in a statement. 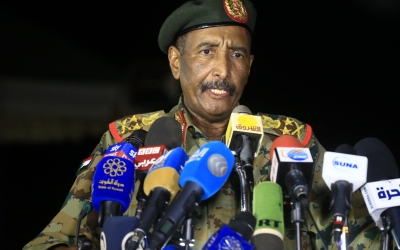 "The actions of the military represent a betrayal of the revolution, the transition, and the legitimate requests of the Sudanese people for peace, justice and economic development."

The EU also insisted "violence and bloodshed must be avoided".

European Commission spokesperson Nabila Massrali said: "The EU is very concerned about Sudan's military forces reportedly putting Prime Minister Hamdok under house arrest, as well as detaining other members of the civilian leadership, and we urge for their fast release."

The Intergovernmental Authority on Development (IGAD), which Sudan is currently chairing, said it was "alarmed" by the events in the country, and was "following the situation very closely".

"The executive secretary strongly condemns any attempt to undermine the transitional government and urges all parties to exercise utmost restraint," the regional African bloc said in a statement from Djibouti.

"The news of a new coup attempt in Sudan is troubling," German Foreign Minister Heiko Maas said in a statement.

"I call on everyone in Sudan responsible for security and order to continue Sudan's transition to democracy and to respect the will of the people."

South Africa said it was "deeply concerned about the apparent ongoing coup and attempts to undermine Sudan's political transition," calling for the immediate release of officials.

"We reject and condemn any attempt at an unconstitutional change of government," the foreign affairs ministry said in a statement.

"Egypt calls on all parties in the brotherly nation of Sudan to exercise self-restraint and responsibility to prioritize the welfare of the country and national agreement," the Egyptian foreign ministry said in a statement.

"The Government of Ethiopia... calls on all parties for calm and de-escalation in the Sudan and to exert every effort towards a peaceful end to this crisis," it said in a statement.

"Ethiopia reiterates the need for the respect of the sovereign aspirations of the people of the Sudan and the non-interference of external actors in the internal affairs of the Sudan."

"The kingdom is following with extreme concern the current events in Sudan," Saudi Arabia's foreign ministry said in a statement.

"It calls for restraint, calm, de-escalation, and to preserve all the political and economic gains that have been achieved and all that aims to protect the unity of the ranks among all political components in brotherly Sudan." 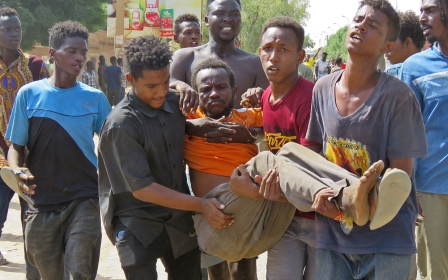