Sudanese youths protest in the capital, Khartoum, against a military takeover that has sparked widespread international condemnation, on 4 November 2021 (AFP)
By
MEE staff

Three members of a leading Sudanese opposition party were arrested on Thursday, shortly after meeting with the UN's Special Representative for Sudan.

Taha Osman Isahaq, Sharif Mohamed Osman and Hamza Farouk, members of the Central Council of the Forces of Freedom and Change (FFC), were arrested near the headquarters of the United Nations Integrated Transition Assistance Mission in Sudan (Unitams) in the capital, Khartoum. Sudan has been rocked by instability and protests since a military coup in the country last week, which has so far led to widespread arrests of supporters of the overthrown civilian officials.

In a statement, Special Representative and Unitams chief Volker Perthes condemned the arrests and said the move "nullifies" the release of four previously imprisoned ministers on Thursday.

"These arrests which took place after a meeting on our premises undermines our good offices role," read the statement.

"These detentions hinder efforts to restore stability and a return to the path of democratic transition in Sudan and nullifies the impact of the release of four of the detained ministers yesterday."

According to the UN, the aftermath of the coup has left at least 13 civilians dead and more than 300 injured.

During a special session of the UN Human Rights Council on Friday, its chief Michelle Bachelet said the takeover was "deeply disturbing" and it was important that diplomats in Geneva "take appropriate action". Bachelet said those detained since the coup, including Prime Minister Abdalla Hamdok, were being held "incommunicado, with no access to lawyers or their relatives.

"All those arbitrarily detained should be released, with a view to instituting dialogue and return to civilian rule," she said.

Also on Thursday, US Secretary of State Antony Blinken spoke with Burhan and reportedly called for the "immediate restoration of the civilian-led government".

Sudan had been ruled by a joint military-civilian coalition since 2019, when mass demonstrations overthrew longtime ruler Omar Hassan al-Bashir. 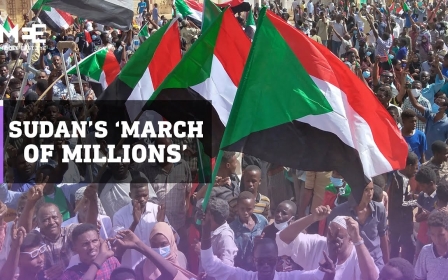