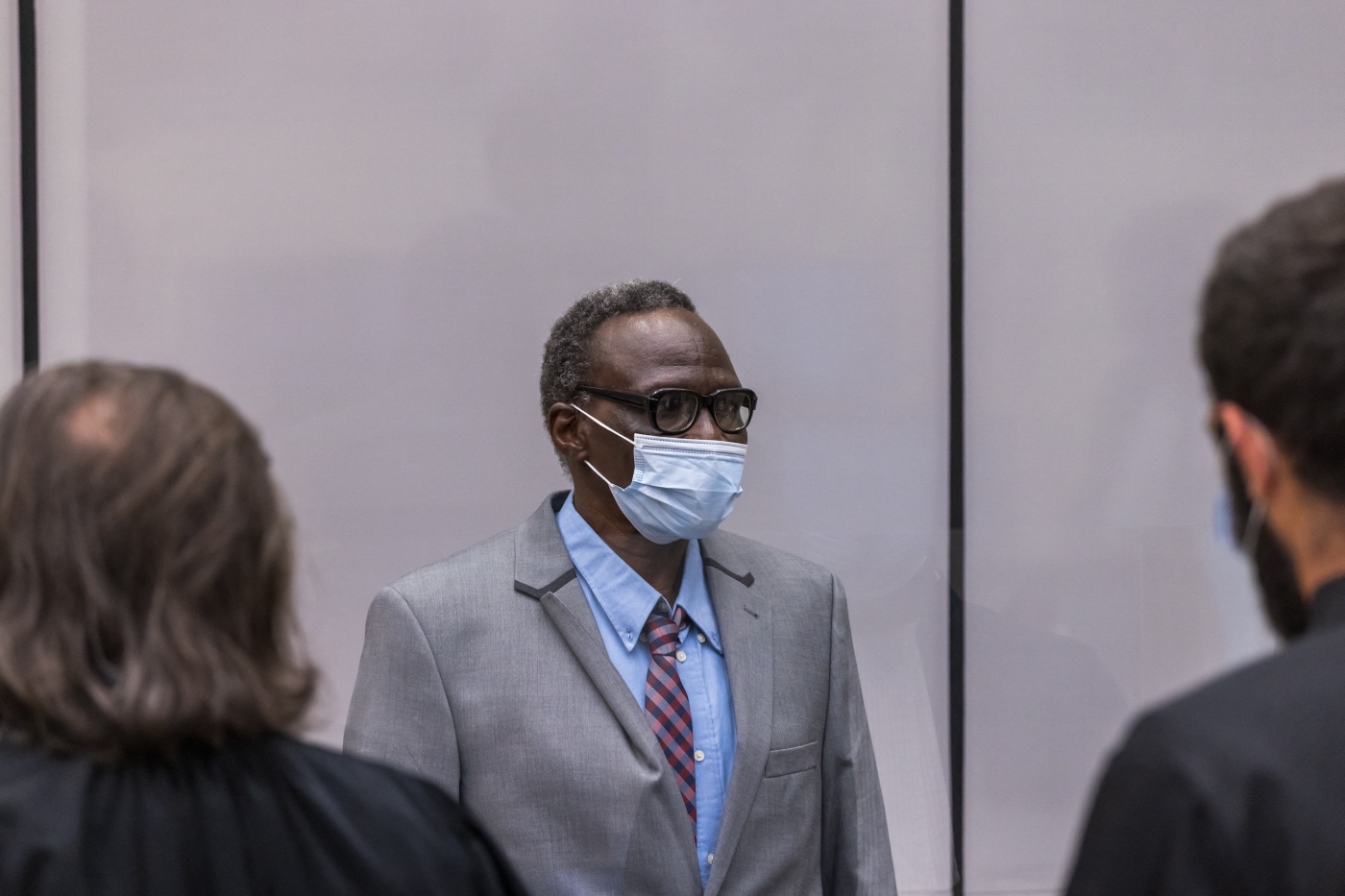 Thousands of Sudanese victims of atrocities committed in Darfur have welcomed the beginning of the trial of former militia chief Ali Muhammad Ali Abd-al-Rahman at the International Criminal Court (ICC) in the Hague.

Internally displaced persons (IDPs) in camps across the region and refugees in neighbouring countries celebrated the start of the war crimes prosecution, while rebel movements from Darfur called for everyone still being sought for crimes in the region, including former president Omar al-Bashir, to be handed over to the court.

'I fled with the others, carrying two of my sister’s children. We hid in the bushes and walked for six days because the Janjaweed tracked us'

Resistance committee members and pro-democracy activists in Sudan have told Middle East Eye, though, that justice cannot be achieved without a reversal of last October’s military coup and a proper transition to a civilian-led government.

Fighting broke out when Black African rebels suffering from systematic discrimination took up arms against the Islamist government of then-president Omar al-Bashir.

Khartoum responded by unleashing the Janjaweed, a mostly Arab force drawn from among the region's nomadic tribes.

A litany of charges

All charges related to activity in the Darfur region, where Kushayb was a commander in the Janjaweed between 2003 and 2004.

He is also accused of murder, child abduction, humiliation, and racism against civilians in the region, which is still beset by violence. 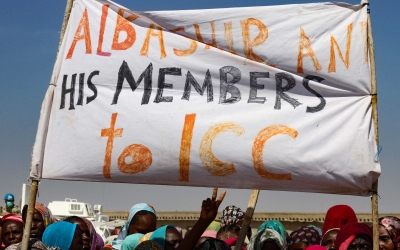 At the court in the Hague, Netherlands, ICC prosecutor Karim AA Khan presented the testimonies of witnesses and showed videos in support of his case against the former militia leader.

Kushayb, 72, who appeared in court on Tuesday, the day the case began, has denied the charges and insisted on his innocence.  “I deny all these unfounded accusations and I’m innocent,” he told the court.

The one-time Janjaweed “colonel of colonels” was transferred to the ICC's custody on 9 June 2020 after surrendering himself voluntarily in the Central African Republic.

Kushayb was indicted by the ICC with other Sudanese officials, including Bashir, former minister of defence Abdul Rahim Mohamed Hussein and former head of the ruling party Ahmed Haroun, for genocide, war crimes and crimes against humanity.

According to the ICC, it is "not yet possible to say precisely how long the trial will last. That depends on the complexity of the case and the challenges that may arise.”

According to a source from the central Darfur area of Wadi Salih, where Kushayb operated, the ex-militiaman was a prominent Arab leader in Central and South Darfur states, where he served as a soldier in the Sudanese Armed Forces (SAF), an officer in the Popular Defence Forces (PDF), and then as an officer in the Central Reserve Police, which is now sanctioned by the United States.

The source, who asked for anonymity for security reasons, told MEE that Kushayb was a PDF and Janjaweed leader when the government in Khartoum started to arm Arabs to counter the insurgency of mostly Black African Darfuri rebel groups that began in 2003.

Kushayb was an extremely powerful and feared man in Wadi Salih because of his military experience in the army and police. The government allied with him and helped him to form his militias, so that when it conducted counter-insurgency operations in Darfur using the Janjaweed and accompanying air power, Kushayb was the “leader of the attacks”, the source said.

The ICC case asserts that “between at least August 2003 and at least April 2004”, the Janjaweed conducted armed operations in the Wadi Salih and Mukjar areas of Darfur.

During this period, Kushayb was the “senior leader” of the militias in these areas. He was the “colonel of colonels” or “agid al-ogada” of the Janjaweed in both localities and was an influential figure among other leaders in Darfur.

'A victory for justice'

Haroun Ismail, witness to a massacre in Darfur in 2003, told MEE that the day of Kushayb’s trial was a victory for justice and for the people of his region.

“The attack happened against our families in our village near Dileig in Central Darfur state. Three of my family members were killed in one day and hundreds fled the attack,” Ismail, who is currently living in the Hamidiya camp for internally displaced people in Central Darfur, told MEE. 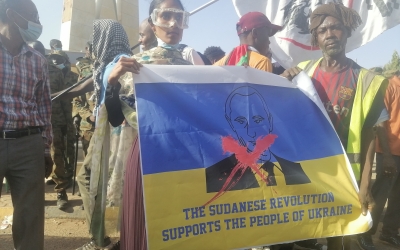 “I fled with the others, carrying two of my sister’s children. We hid in the bushes and walked for six days until we reached a safer place because the Janjaweed tracked us,” he said.

Yaqoub Ibrahim, another internally displaced resident of the camp, told MEE that he lost many family members, including his uncle, two brothers and a number of cousins in a series of incidents in Mukjar, west Darfur.

"My relatives were among the victims. Since then, we have sought refuge in this camp. Me and my family have been waiting for this day, the day Kushayb is prosecuted,” he told MEE.

Adam Rigal, spokesman for the IDP camps in Darfur and refugees outside Sudan, told MEE that victims wouldn’t be satisfied until everyone wanted for crimes in the region was behind bars.

“There has been a sharp increase in the violations and human rights abuses in the entire region, including murders and rape, so we call on all human rights defenders to support the witnesses and protect them so they can get to the courts safely,” Rigal said.

“The current Sudanese government can’t bring justice because it has ties with the old criminals and protects them and their interests, so unless we bring down the current military regime the justice won’t come.” 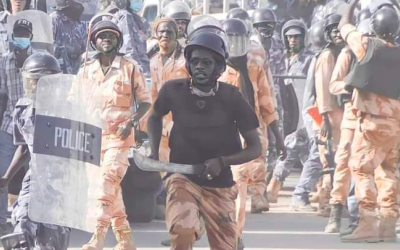 One Sudanese human rights defender, who asked not to be named, said they believed the ICC cannot bring comprehensive justice for the people of Darfur because it can only bring cases referred to it by the UN Security Council, which gave the court a mandate to investigate incidents from 2003 and 2004.

“The court in the end is based on the balance of power inside the UN Security Council because it can’t investigate any cases or crimes unless they are referred to by the UN,” they said.

Sudanese political analyst Salah Aldoma believes the government and judiciary are neither able nor willing to achieve justice in Darfur or elsewhere in the country.

“There are no guarantees for the victims and their families if any of the trials are inside Sudan, so the role of the ICC is very important for justice in Darfur,” Aldoma told MEE.

Africa
'We lost our sons': The Darfur village reeling from the Wagner Group's CAR massacre
Darfur
Janjaweed 'colonel of colonels' on trial for Darfur war crimes in ICC first
Darfur
Troops deployed in Sudan's Darfur after scores killed in clashes 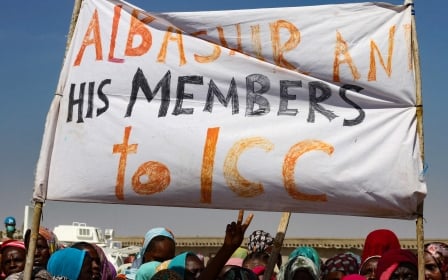 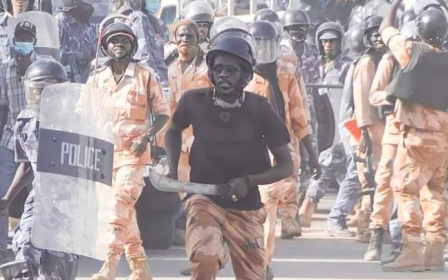 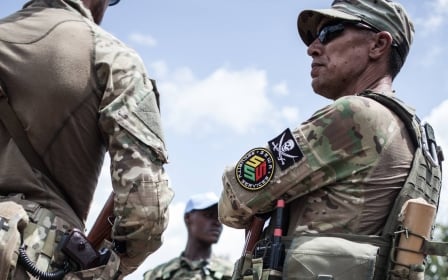