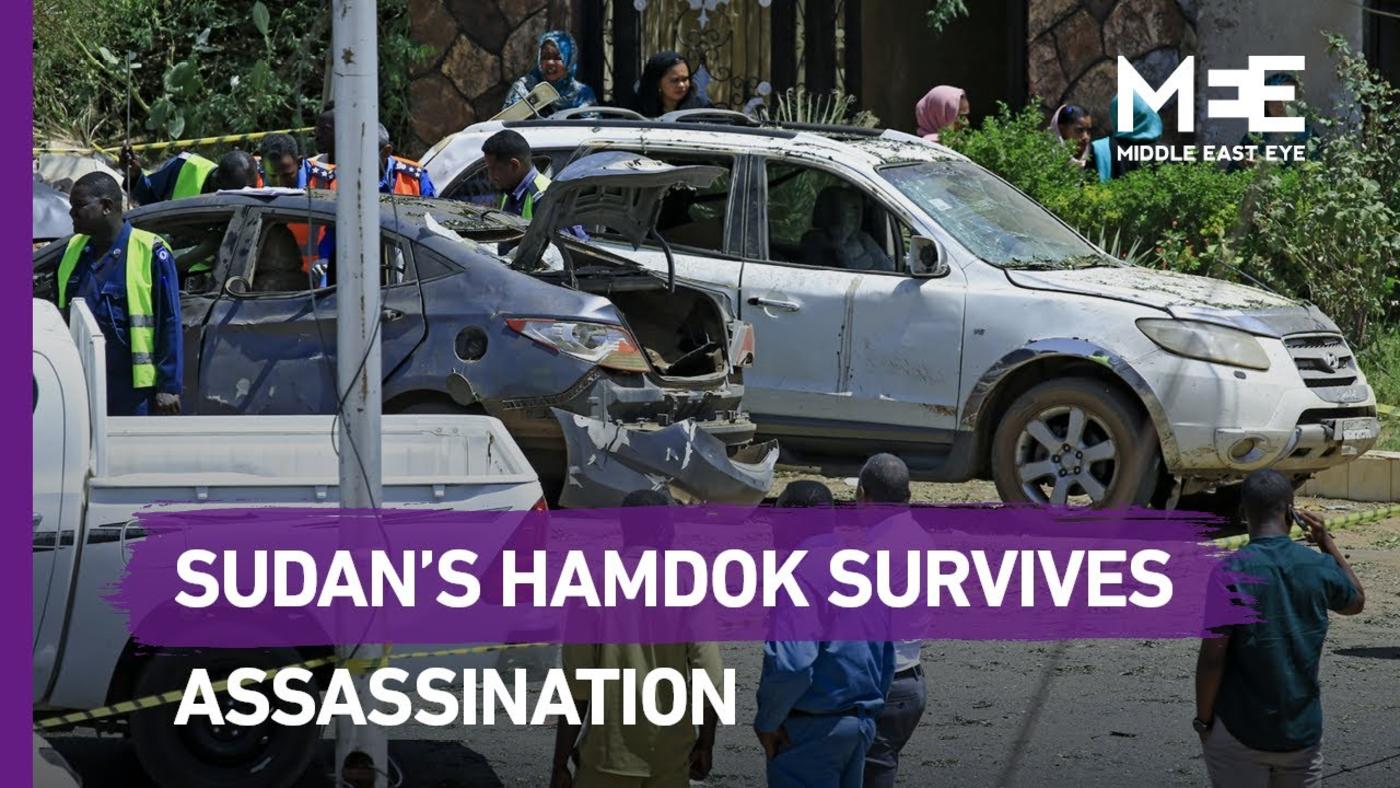 Sudan's Islamists have denied involvement in a failed assassination attempt on Prime Minister Abdalla Hamdok's convoy, and rejected claims they are attempting to destabilise the country and topple the transitional government.

Eyewitnesses told Middle East Eye that the attack happened at around 9am local time on Monday, as Hamdok's four-car convoy was about to pass under the Kober bridge that connects northern Khartoum with the city centre.

Witnesses said the convoy appeared to have been targeted from above, with the attackers concealing their identities with "masks".

'We have nothing to do with the violence and we believe that the government is circulating these claims to pave the way for repression and discrimination against us,'

Hamdok, 64, said he was in "good shape" after surviving the bomb attack, adding it would "not stop the path of change".

Following the attack, Information Minister Faisal Salih said "terror attempts" and the dismantling of the old political system were matters that would be dealt with decisively.

"Police and security forces have been put on standby to protect the country and its citizens, and an investigation has begun to identify those criminals," police spokesman Omer Abdul Majid told MEE.

'We have nothing to do with the violence'

Bashir's NCP was dominated by Islamists before the leader was overthrown last year after months of protests and replaced with a transitional government in August.

"We reject this allegation. We have nothing to do with the violence and we believe that the government is circulating these claims to pave the way for repression and discrimination against us," Sheikh told MEE. "The transitional government should take responsibility for security as well as for easing the economic suffering of the people, instead of throwing around accusations to build a dictatorship in Sudan like other countries in the region."

Hamdok leads a transitional government under a power-sharing agreement between the military and civilian groups due to last until late 2022.

In recent months, transitional authorities have taken steps to disempower Bashir's supporters, including elements of the security services that were closely aligned with the former strongman.

In mid-January, armed security agents linked to Bashir fought soldiers in Khartoum for several hours, after a dispute linked to severance packages.

"What happened will not stop the path of change, it will be nothing but an additional push in the strong waves of the revolution," Hamdok said after Monday's attack.

The Forces for Freedom and Change (FFC), a coalition of civilian forces assembled during protests against Bashir, also accused the former ruling party and its supporters of orchestrating the attack.

"This terrorist attack is a clear example of the power of the counter-revolution to abort our revolution," the FFC said in a statement. "In this critical moment we called on the people to come to the streets in order to denounce the attack and to support and protect the transitional period."

Ashraf Abdul Aziz, a Sudanese political analyst, told MEE that the attack could be used to unite citizens against the country's former ruling powers and bridge the gap between the FFC and the military. Relations between civilians and the military have been tense, particularly as armed groups such as the Rapid Support Forces (RSF) - currently represented in the transitional council - stand accused of war crimes against civilians in Darfur in the 2000s and of brutally repressing protests in 2019.

The government has also encountered resistance as it tries to implement economic reforms.

"The counter-revolution wants to obstruct political change and scare the people through such violent movements, but this attack is uniting pro-democracy supporters," Abdul Aziz said.

Salah Aldoma, a Sudanese professor of political science, agreed, accusing Islamists of standing behind the attack.

"If you want to know who stand behinds the incident you have to see who is benefiting from it - the old regime and its political umbrella of the Muslim Brotherhood. It is the first beneficiary in the removal of Hamdok from the political scene," he said.

"They [the Islamists] want to drag the feet of the Sudanese to violence like other cases in the region, but the Sudanese revolution has overcome many obstacles and serious challenges." 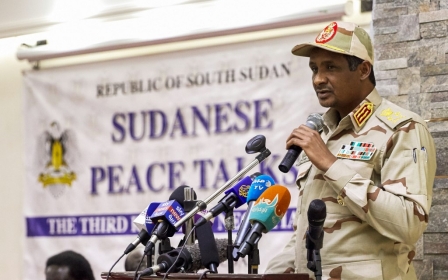