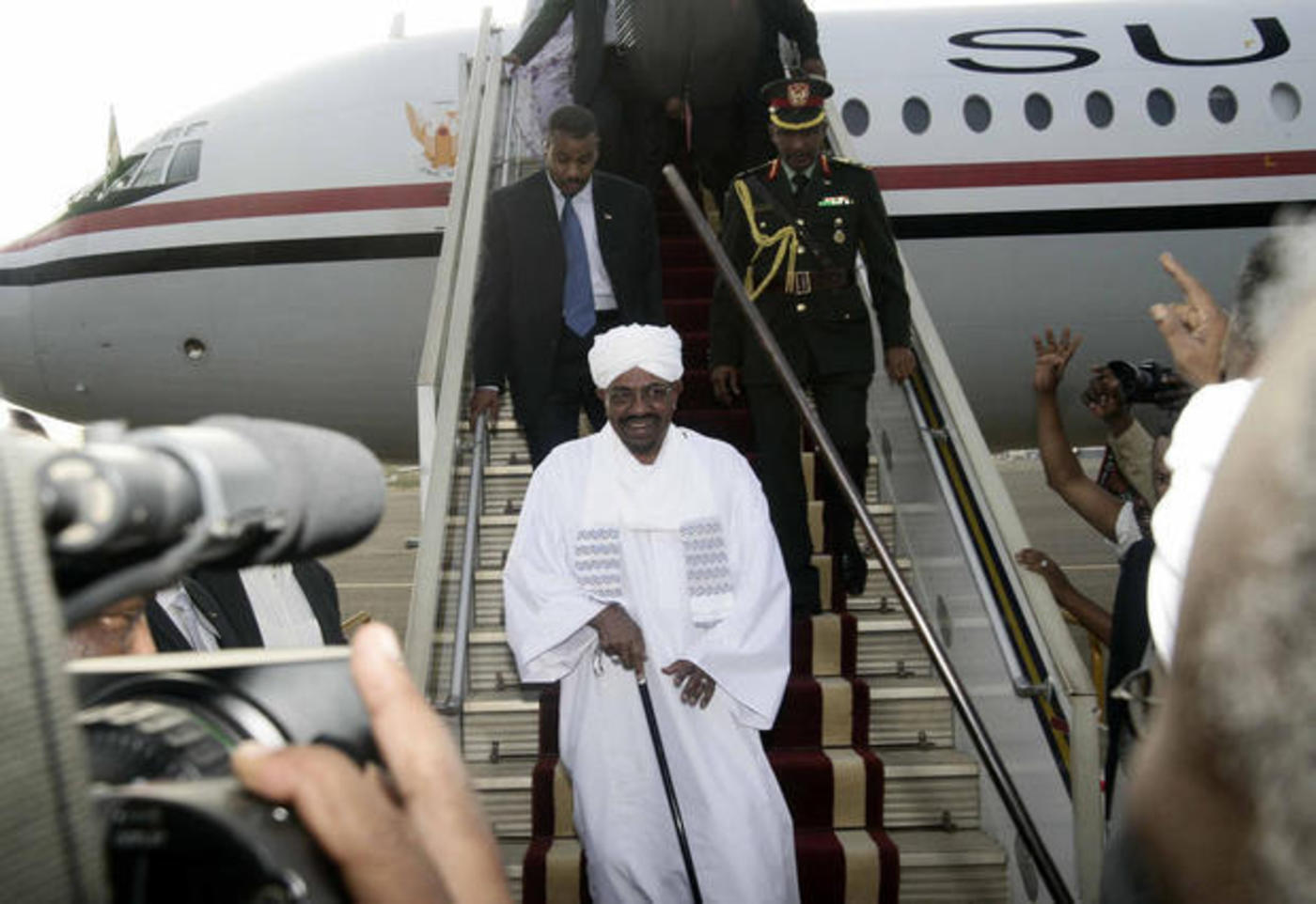 Omar al-Bashir is expected to arrive in Qatar on Tuesday, Qatar News Agency said (AFP)
By
MEE and agencies

Bashir is expected to arrive in Doha on Tuesday and meet with Qatari Emir Tamim Hamad Al Thani to discuss "matters of common interest", QNA said on Twitter on Monday.

The two leaders "will discuss the fraternal relations between the two countries and ways of promoting them", the news agency said, without going into further detail.

HH the Amir will meet at the Amiri Diwan on Wednesday with HE President of the Republic of the Sudan, who will arrive in Doha on Tuesday. HH the Amir and the Sudanese President will discuss the fraternal relations between the two countries and ways of promoting them #QNA pic.twitter.com/URirO3rT5c

Bashir's trip comes as Sudanese protesters have called for an end to his three-decade rule in near daily demonstrations, which were set off on 19 December by a worsening economic crisis in the country.

While thousands of Sudanese citizens have taken to the streets, major powers and regional governments have largely stood by Bashir, fearing that his overthrow may bring instability and lead to their own downfall.

For his part, Bashir has blamed the unrest and accompanying violence on foreign "agents" and rebels from the western region of Darfur, claims he repeated on Sunday.

Speaking at a Sufi religious celebration in a village in White Nile state, south of Khartoum, Bashir said "infiltrators" were responsible for the death of a doctor killed last week in the Burri neighbourhood of the capital, as well as other killings.

The groups have also accused the Sudanese authorities of using excessive violence in a crackdown on protesters, arresting scores of journalists and human rights activists, and storming medical facilities in order to arrest anti-government demonstrators.

'They came for blood': A month of Sudan protests in face of crackdown
Read More »

Last week, the opposition-linked Sudan Doctors' Committee said a child was shot dead by security forces, while a 60-year-old man also died from gunshot wounds sustained in Burri amid large anti-government protests there. His funeral became a flashpoint for more protests on Friday.

The demonstrations are the most sustained challenge to Bashir's rule since he came to power in a military coup in 1989. Last month, members of parliament from the ruling party backed a constitutional amendment that would allow the 75-year-old to run in an election next year.

The rallies began in response to increasing living costs and rapidly morphed into a wider call for Bashir to step down as they spread to several parts of the country, including the war-torn Darfur region.

On Sunday, Bashir, who has remained defiant in the face of the protests, reiterated his claim that political change in Sudan will only come through elections.

"Sudan is governed by the decision of the Sudanese citizen and his decision through the ballot box ... after a year it will be the Sudanese people who decide," he said.

"We say to the youth, this country is yours, protect it, and if it goes up in smoke we won't be refugees, we will die here."