Staffan de Mistura stressed that figure was a personal estimate, but said official UN figure of 250,000 was two years out of date 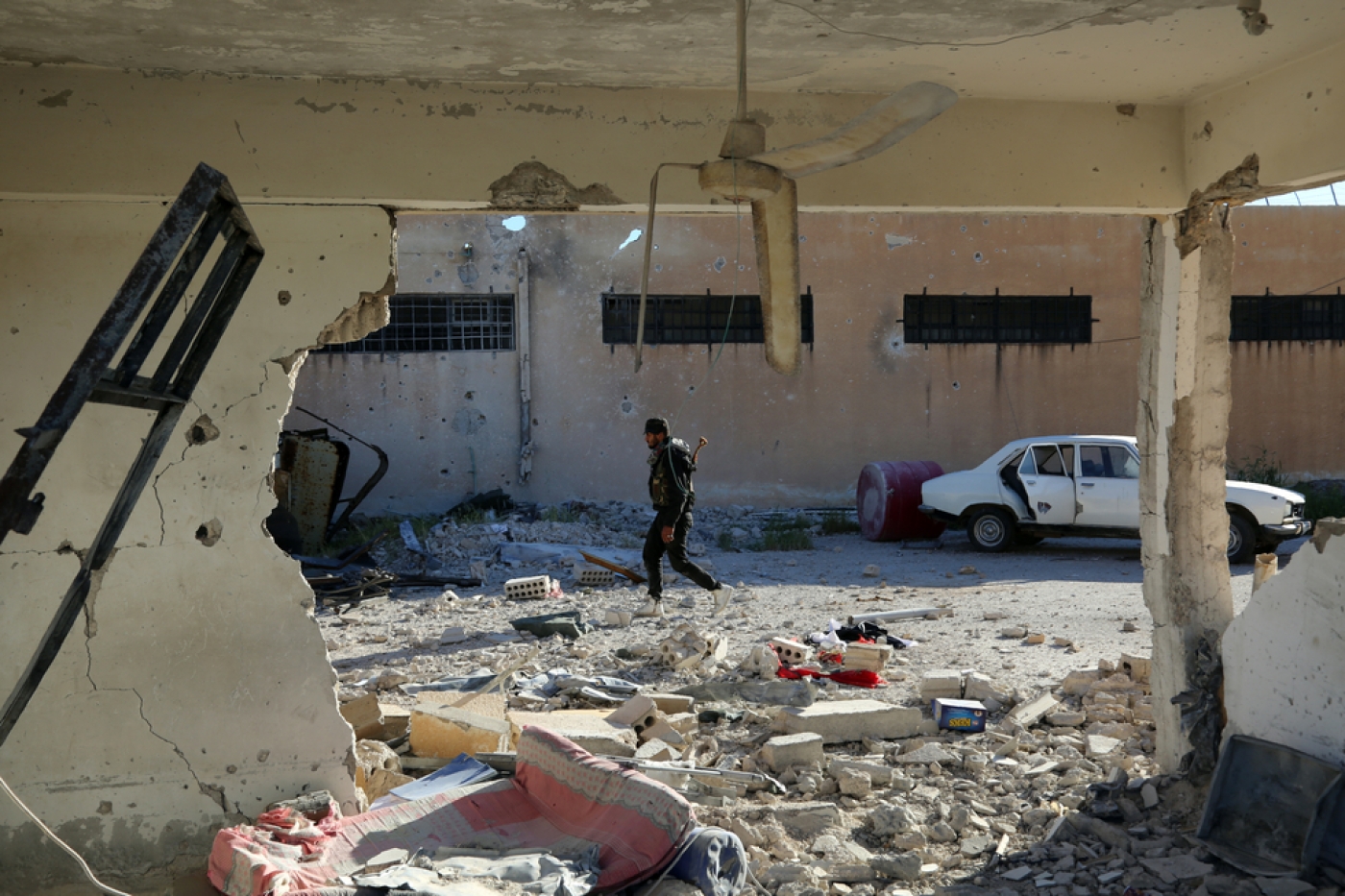 A member of the Kurdish security forces inspects damage to a prison in Qamishli, where clashes broke out with government forces on Friday (AFP)
By
MEE staff

The death toll from Syria's civil war could be as high as 400,000, the UN envoy said on Friday, in what would be a major revision of casualty figures.

Speaking during a press conference in Geneva – where parties to the conflict are holding fraught talks – Staffan de Mistura stressed that the figure was based on his own personal estimate, but said the UN's current figures are out of date.

He said that, while he is not “capable of giving mathematical certitude,” an estimate that includes people who have died because of a lack of medical care and other “secondary lives lost...we will not be far away [from 400,000]”.

The UN's top human rights body decided in January 2014 to stop issuing public estimates of casualties because of the difficulty of verifying figures and relying on data published by the Syrian government or rebel groups.

However, a report published by the Syrian Centre for Research in February found that up to 470,000 people had been killed during five years of conflict.

On Friday de Mistura also told the press conference that peace talks between different Syrian groups will continue into next week.

He hailed “real but modest” progress that has been made on the humanitarian front since a fragile ceasefire came into effect in February, saying that an aid convoy on Friday managed to deliver supplies to 25,000 people in the northern town of Rastan. But the diplomat also warned of signs that the ceasefire could be on increasingly rocky ground, calling recent events in Aleppo “very worrisome”.

Activists in the city said on Friday that 25 people – most of them civilians – were killed when government forces hit rebel-held districts with air strikes and barrel bombs.