Keeping warm in Damascus is now a luxury. And while prices rise continuously, eating is also becoming prohibitively expensive 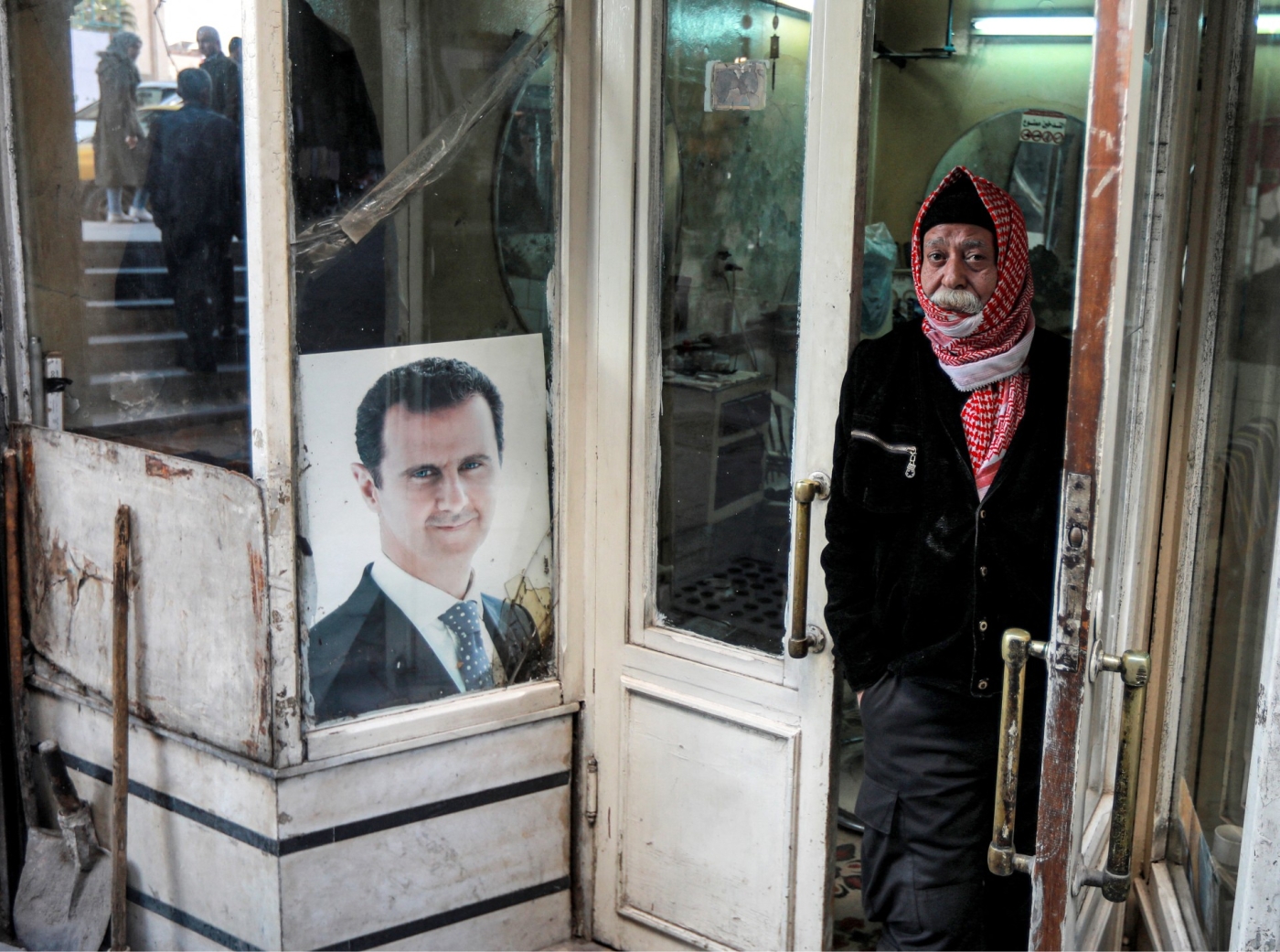 As the freezing cold weather sweeps into Syria, it finds a country struggling to muster increasingly scarce fuel supplies, one that is devastated by war and beset by an economic crisis unparalleled in its history.

While people in Damascus desperately tried to amass diesel and firewood for stoves and heaters last month, heavy snow blanketed the city. Outside the capital, securing fuel and warmth was often even harder.

'We live in a shell of a country. Prices are so high, every time you leave the house it’s a death sentence'

The immense strain on resources is so heavy that Syrian President Bashar al-Assad's government administered a five-day public holiday and suspended work in all public buildings from 23-27 January to save “as much energy as possible”.

For Damascus residents like Mona, it’s impossible to stay warm. Syria is living through a nightmarish winter.

“We live in a shell of a country. Prices are so high, every time you leave the house it’s a death sentence in terms of spending, so I stay at home in the cold,” she says.

Syria now finds itself on the cusp of a serious energy crisis. Fuels such as diesel, which most people use to heat their homes, were already in short supply before July, when prices spiked by 180 percent.

Previously, Syrians were given 200 litres of subsidised diesel by the authorities twice every winter. Now that’s down to 50 litres, which citizens pick up for 37,000 Syrian pounds ($10).

Making up for those cuts can be hugely expensive: diesel’s street value is ten times that of the subsidised fuel, so picking up an extra 50 litres can cost around $100, a vast amount for impoverished Syrians already struggling to get by.

With costs rising and frustrations increasing, solutions are hard to come by. And people are becoming more vocal about it.

Renowned Syrian actor and director Ayman Zeidan recently took to Facebook to bemoan Syria’s everyday difficulties, writing: "I can no longer stand life here. Everything around me weighs on my soul, I am tired. Life in this wounded country has become unbearable."

A middle-aged housewife in Damascus, Mona is lost for words as she tries to describe the situation.

“How can you explain having to wait months for 50 litres of fuel you’re going to use in a week?” she asks.

“I just go without a diesel heater sometimes, its not within my means. You can’t rely on electricity, it’s a real struggle, especially with the cold.”

The fuel crisis has left the government scrambling.

Last month, it vowed to “try to secure the largest possible amount of available energy carriers and allocate them to serve citizens in light of the weather conditions”.

However, Damascus made sure to note the crisis was caused by “unjust economic measures on Syria”, in reference to European and US economic sanctions, rather than anything the authorities were doing wrong.

The average salary in Syria today is around 70,000 Syrian pounds per month, roughly $20. It’s far too little to keep up with the constant price rises of daily necessities.

With black market fuel out of budget for many, Syrians have resorted to using more primitive and somewhat dangerous methods to fight off the cold.

Mazen, a 45-year-old father of five, started using an "alcohol stove”, which gives him and his family brief respite.

"We’re placing alcohol with cotton in a copper vessel before igniting the cotton. The burning process continues for approximately two hours," he tells MEE.

This process is far from adequate, but Mazen says he has no other choice. The 50 litres of diesel “barely lasted 20 days”, he says. 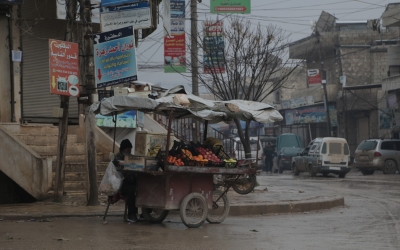 In December, the price of subsidised gasoline was raised by 47 percent, which also marked a 15-percent increase in food prices due to the climbing transport fees.

In this volatile economic climate, regulation has been increasingly difficult to implement.

Taxi fares skyrocketing as fuel becomes more expensive reflect that: the Damascus governorate issued a set hourly rate of 5,000 Syrian pounds in January, yet that price is often the minimum one pays to take even the shortest of journeys.

Emad is a 27-year-old taxi driver in Damascus. He says the lack of fuel has harmed his business and left him with few options.

“I spend most of my time either queuing up for petrol, cooking gas and diesel, or arguing with customers over fares. I’m having to raise the prices because fuel is so expensive on the free market,” he says.

“Life is becoming more and more difficult here. But what I can I do? I don’t have the money to leave, I have a wife and kids I need to provide for. This is the hardest time for me, I don’t think my life will ever change unless I leave.”

The worsening economic climate has also led to a new exodus from the country, especially among young people.

In an unusual move, the interior ministry revealed that 75,000 passports were issued between July and December, suggesting tens of thousands of Syrians left the country during that short period.

The mounting economic problems have been exacerbated by governmental mismanagement and western sanctions.

Nasser al-Nasser, an MP, on 20 January demanded the prime minster’s resignation, telling parliament: “There is nothing new, and the situation is getting worse, and he has not achieved anything for the citizen and his livelihood, and therefore he has to give the opportunity to others.”

Such rhetoric is uncommon in domestic Syrian politics. But as people struggle for supplies and fuel and power, tensions will rise.

Videos over the last few weeks in the Jaramana and Mezzeh 86 neighbourhoods showed electricity circuits on fire due to excessive demand on the lines in heavily built-up areas. These burnouts have left residents without power for days on end.

Power in some parts of the Damascus countryside only comes on for two to three hours every day. Even in the upmarket central Malki and Adawi districts, most citizens have received two hours of power for every four without since the turn of the year.

According to the UN, a staggering nine in ten Syrians are now thought to be living in poverty as quality of life slowly deteriorates.

Estimates indicate that 60 percent of the population is at a risk of going hungry, the highest number in the history of the Syrian war.

Meanwhile, the World Food Programme revealed that 12.4 million Syrians are now food insecure. This is an increase of 4.5 million in the last year alone, and the highest number ever recorded.

Such numbers are a reflection of the sheer size of the socio-economic and humanitarian disaster now brewing in government-held areas of Syria. As Syrians are forced to endure the toughest of winter seasons, it seems there is no respite on the horizon. 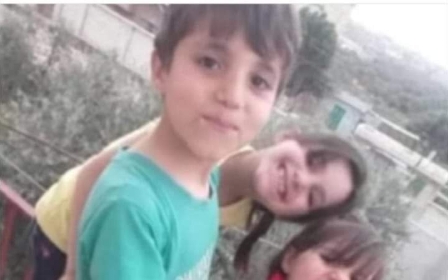 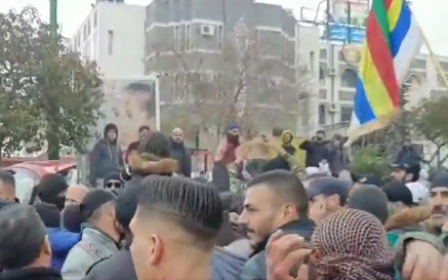 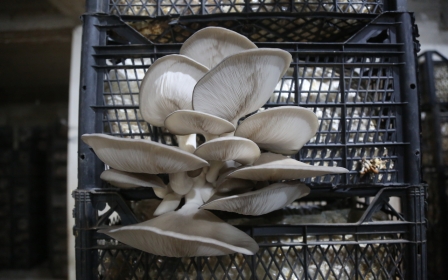