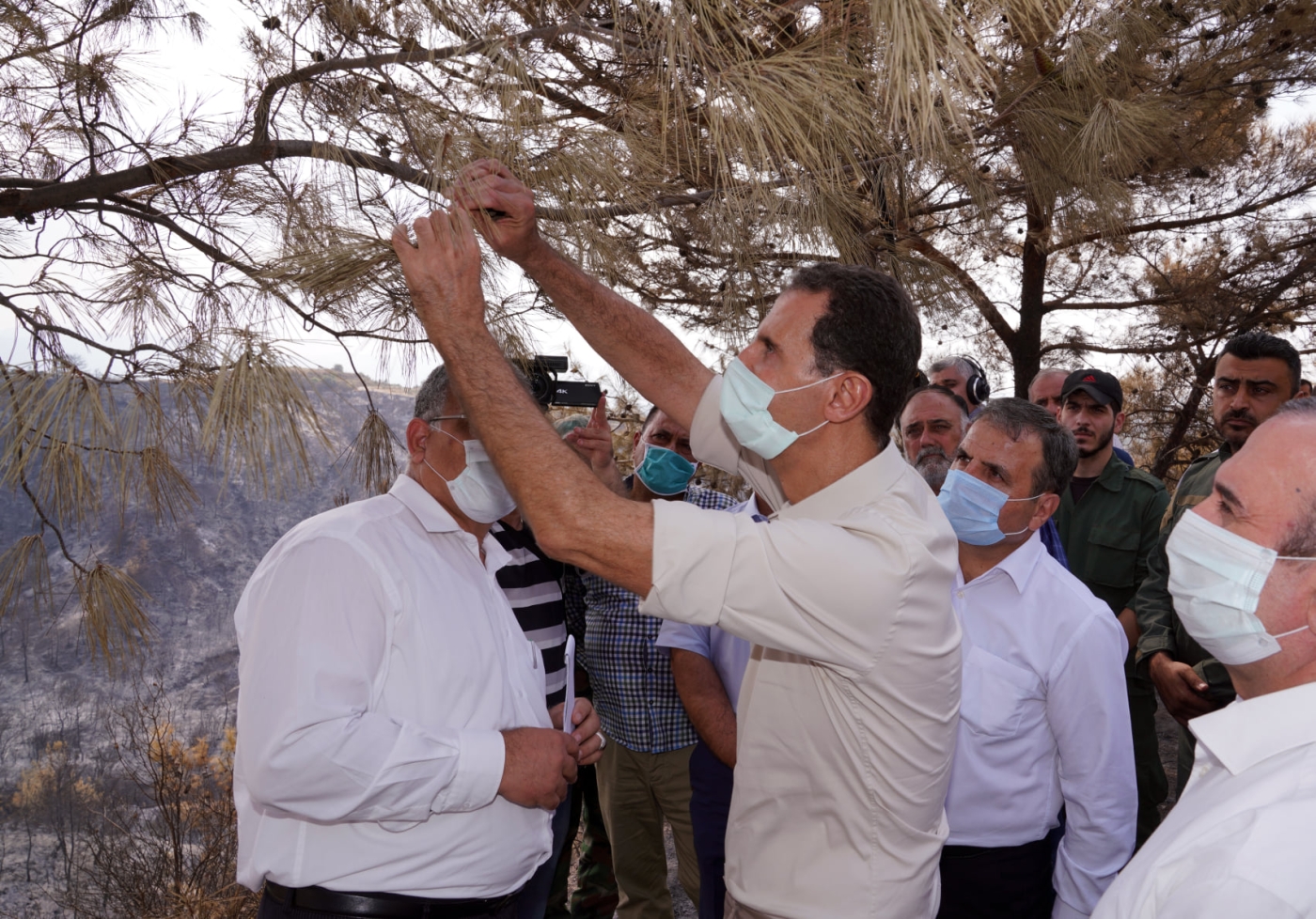 Security forces have arrested a number of civilians in the Syrian government stronghold of Latakia after rare criticism of rampant poverty and corruption in President Bashar al-Assad's administration.

Among those arrested in the province - the birthplace of Assad and home to members of the Alawite community, a branch of Shia Islam - were government employees and a state television presenter.

The arrests have largely taken place under the pretext of cybercrime, targeting civilians who have criticised state corruption on social media, including the daughter of a former official in the Drug Control Department, according to local sources.

One of those arrested is the prominent cartoonist Edward Samander, who was arbitrarily taken by the security services from his home in Latakia, the sources added.

Samander was arrested last week after one of his cartoons showed soldiers carrying a leader passing by a woman crying over her son’s grave and saying to her "Your son died for the sake of the homeland."

Among them is a cartoonist who painted the women crying over her son's grave and wrote: Your son died for the sake of homeland. pic.twitter.com/iwOr8oTH8Y

The cartoon is a comment on the high death toll suffered by Assad's supporters fighting against the opposition in a deadly conflict since 2011.

The image gained new traction on social media after it was spread in comparison to a photograph of a Syrian mother in pain in front of the grave of her son, Ayman Jahjah.

Jahjah was one of tens of thousands of soldiers who have died since 2011 fighting for Assad, many of them Alawites.

According to the Telegraph, the Alawite community in Syria lost around a third of its young men during the first five years of the war, which will be ongoing for ten years in March.

Another of those arrested revealed a major corruption incident in mid-2019 that led to the theft of 800 cars from the government.

Tensions have increased in erstwhile loyalist areas as the Assad family and his allies have been seen living wealthy privileged lifestyles, while civilians have suffered from a shortage of basic services and queue long hours for bread or fuel.

Civilians in coastal villages have begun openly begging for aid through Facebook groups and complain of poverty - especially the wives and mothers of the young men who died fighting for Assad, as well as those stranded after forest fires devoured their crops last year.

'The regime always draws plans and methods and imposes them even on its loyalists, and does not accept any form of creativity and change'

- Mazen Darwish, Syrian Center for Media and Freedom of Expression

A particular target of scorn has been Wasim Badie al-Assad, Assad's cousin, who leads local militias and has never shied away from showing off his luxurious lifestyle.

Last year, he seized a cafe in the city of Tartous, and then arrested a member of the Tartous Council for exposing the seizure.

He regularly appears in videos online showing off expensive cars and property. In one video last year he slapped down government critics, pointing out that if it were not for the state, "terrorists would now be raping your women".

Another controversial figure is Suleiman Hilal al-Assad, another cousin of the president, who was released after only four years in prison for killing a Syrian army brigadier general just because he overtook him at a traffic light in Latakia.

The repressive measures used against government critics in Latakia have reminded many of why so many Syrians first took to the streets against the president in 2011 - but after a decade of war, and hundreds of thousands dead, there seem to be few avenues left to hold the government to account.

“This government does not care about the people. We must be either with it or against it, there is no third solution to us,” Yunus Suleiman, who lives in Tartous, said through his Facebook page, which hosts Assad's image as the banner photo.

'This government does not care about the people. We must be either with it or against it, there is no third solution to us'

Suleiman was later arrested following his comments, which included accusing the governor of Tartous of corruption. After his release he published documents showing the confiscation of his mobile phone.

The interior ministry said in an official statement on Facebook that eight people had been arrested over cybercrime and presenting false news on social media.

"The detainees confessed to communicating with suspicious pages and provided them with false information to distort public opinion," the statement said on Sunday.

The Syrian government enacted a new cybercrime law in 2018 which created "specialised courts and delegates specialised jurists for the prosecution of cybercrimes in every governorate" according to the Gulf Centre For Human Rights, which warned that the law "unfairly criminalises online freedom of expression and opinion".

#Syria's regime appears to be facing a sharp increase in public criticism from across its population - people are exasperated at rife corruption & incompetence.

In lieu of this, secret police have been behind a spate of arrests targeting prominent critics, many of them #Alawite.

Among those arrested was Hala al-Jarf, a Syrian television anchor who posted about the cybercrime issue on Facebook saying "thank God it is true that we don't have bread left, but we have a cybercrime branch".

"Let the motto of the next stage be stay at home and remain silent," Jarf said in a post on her page.

In a statement on Wednesday, Reporters Without Borders (RSF) condemned the arrest and criticised the inability of journalists to "raise sensitive issues in government-controlled areas without risking reprisals".

“It is regrettable to see that Syrian journalists continue to be arrested and prosecuted when they raise sensitive issues,” said Sabrina Bennoui, the head of RSF’s Middle East desk.

“They should be allowed to echo the concerns of Syrians in their daily lives without fearing reprisals.”

For Mazen Darwish, director of the Syrian Center for Media and Freedom of Expression, a French-based NGO, violations against journalists and freedom of expression in Syria have long become routine. “Throughout its history, the Syrian regime has not accepted any criticism, even if it is from one of its strongest supporters," he told Middle East Eye.

“The regime always draws plans and methods and imposes them even on its loyalists, and does not accept any form of creativity and change."

He referred to earlier statements by Syrian Information Minister Imad Sarah, who said that journalists should be like musicians, always following the signal of the conductor.

“The real protection of freedom of expression begins with a change in the security structure and mentality of the state, including intelligence agencies whose authority exceeds the judiciary," added Darwish.

“The problem in Syria is in the structure of the ruling regime, and long decades of tyranny and dictatorship."