Syrian rebels have lost all of the northern districts they held in eastern Aleppo, a monitor said on Monday, as the army pushed an offensive to retake the city.

Kurdish forces in Aleppo are not officially allied with the government, but the opposition regards them as co-operating with its enemies.

"The rebels have lost control of all the neighbourhoods in the north of east Aleppo, and this is their worst defeat since they seized half the city in 2012," said Observatory director Rami Abdel Rahman.

Yasser Youssef, an official from the Nureddin al-Zinki rebel group, said the government's advance was the result of support from Russia and Iran, both staunch allies of Damascus.

"For all the past years, we have resisted with the primitive means we have had, but today we're resisting Iran and Russia," he said.

"The regime was over five years ago, but today we're fighting armies and militias from every corner of the globe."

Russia's defence minitry said the assault had captured roughly half the territory that had been under rebel control.

Syrian state media reported the capture of Haydariya and Sakhur as it looped footage showing some of the thousands of civilians who have fled east Aleppo in recent days as loyalist troops have advanced.

The army renewed an operation to retake eastern Aleppo nearly two weeks ago, hoping to deal the opposition a potentially devastating blow.

Syria's al-Watan newspaper, which is close to the government, said the army was advancing quickly.

It said the next stage of the operation would be "to divide the remaining area into security districts that will be easily controlled and to capture them successively".

The advance would then "push the gunmen to turn themselves in... or accept national reconciliation under the terms of the Syrian state". The reports come after nearly 10,000 civilians fled eastern Aleppo towards government-held districts and the Kurdish-controlled area of Sheikh Maksoud.

Salih Muslim, the joint head of the Syrian Kurdish PYD party, said on Monday that between 6,000 and 10,000 civilians had fled to Aleppo's Kurdish-controlled Sheikh Maksoud district from areas of the city where pro-government forces advanced in recent days.

"Civilians are flooding to these areas which are safer than the others. Until now between 6,000-10,000 people fled to the area and the YPG (Kurdish militia) and the other people are receiving them, keeping them in the area," he told the Reuters news agency.

Civilians were also fleeing south to the remaining districts held by the rebels, arriving with little more than the clothes they were wearing, a correspondent for the AFP news agency said.

He said dozens of families arrived in the south of the city overnight, and were being housed in some of the many empty buildings left behind by earlier waves of residents fleeing the city.

People in southern areas were donating blankets and other items to the new arrivals, who travelled on foot, exhausted, cold and hungry.

"The situation in eastern Aleppo is very fluid and things are evolving quickly," said Scott Craig, spokesman of the UN refugee agency, UNHCR.

"We are deeply concerned about the impact of the fighting on the civilian population in Aleppo," he told AFP.

About 250,000 civilians have faced serious food and fuel shortages due to the siege on the eastern area of the city. 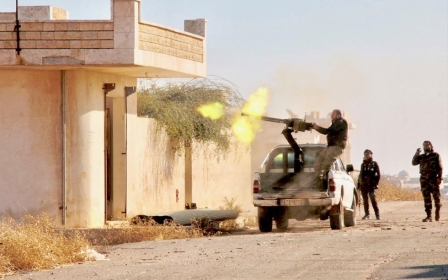 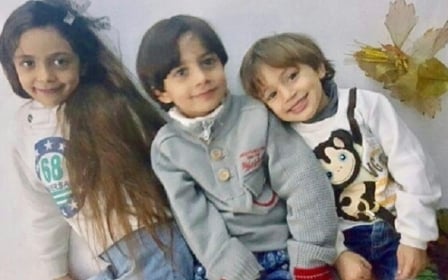