Companies linked to the Kremlin expected to benefit from US pipeline project, but Russia likely has its sights set on higher political goals, experts say 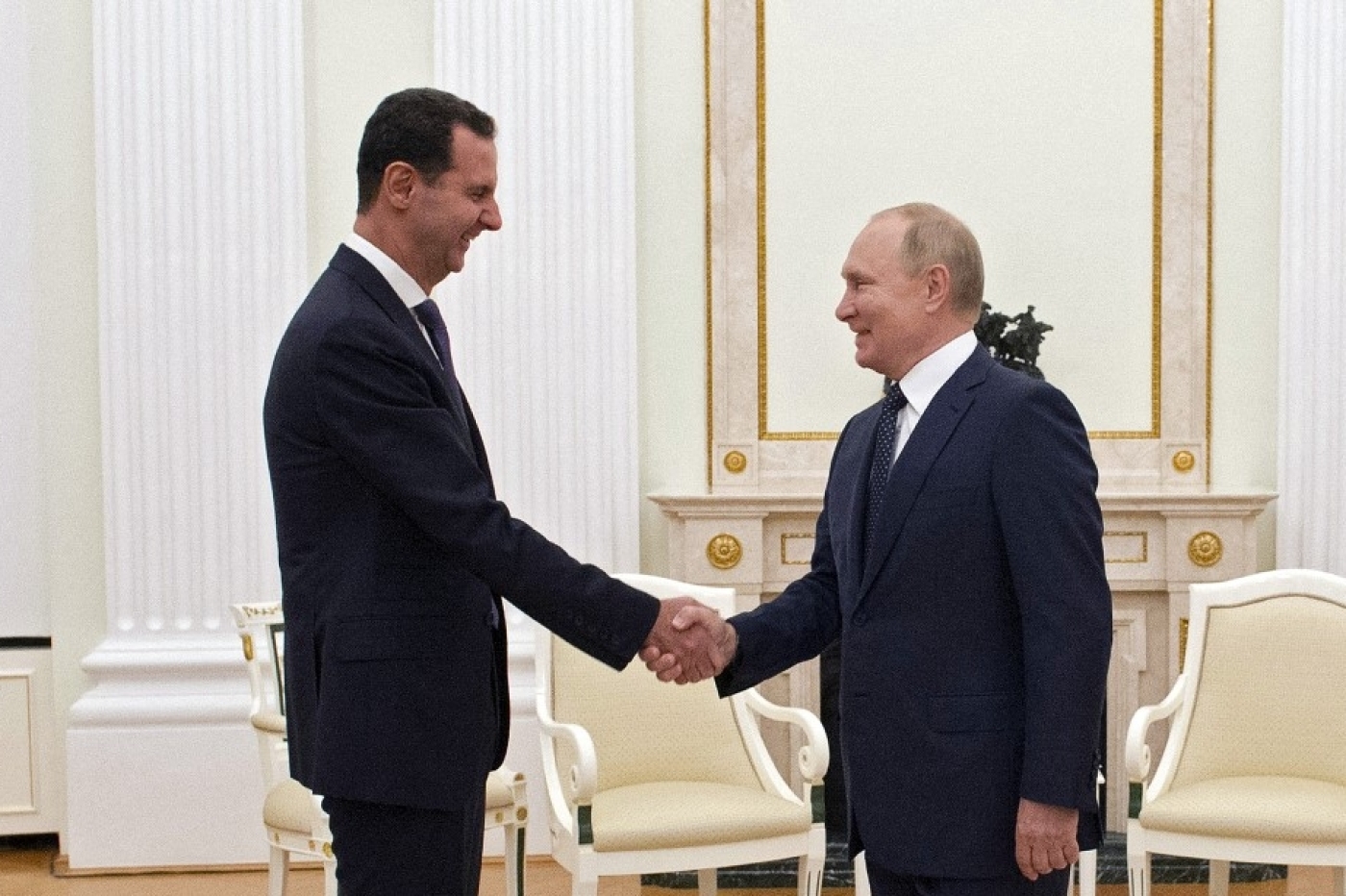 As Russian President Vladimir Putin met his Turkish counterpart Recep Tayyip Erdogan in Sochi to address escalating tensions in Idlib, Moscow and Damascus are working to consolidate recent political gains made along the country's southern border.

On Tuesday, a team of Lebanese technicians, along with their Syrian counterparts, completed an inspection of the Arab Gas Pipeline in the war-torn country through which Egyptian natural gas is set to transit, as part of a US-backed plan to address Lebanon's energy crisis.

Work on the pipeline has progressed swiftly and comes as Damascus finds itself at the centre of a subtle shift in the region. After nearly a decade of international isolation, it is emerging back into the fold of regional diplomacy in ways unseen since the start of the country's devastating ten-year conflict.

Earlier this month, a senior Lebanese government delegation visited Damascus in a move that marked the end of years of frozen relations between the two neighbours.

And in Amman, capital of one of the US's closest regional allies, Syrian defence and energy ministers have attended discussions on the gas deal with their Jordanian and Egyptian counterparts. 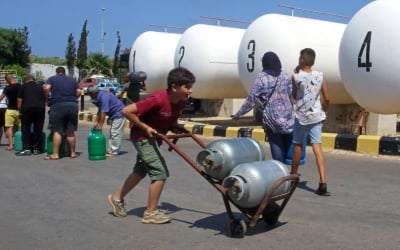 Syria is one of the transit countries the Biden administration plans to use to meet Lebanon's energy needs, at a time when the country grapples with one of the world's worst economic crises.

The US ambassador to Lebanon announced the deal over the summer in a move widely seen as a response to Hezbollah's ongoing shipments of Iranian fuel to the impoverished country.

The participation of Damascus in the plan, however, has raised alarm by some, that in seeking to address Lebanon's crisis, the Biden administration risks boosting Russia and Syria's goal of re-establishing the Assad government in the Middle East, while obtaining limited concessions on security and political fronts in the process.

"The Russians want acknowledgement of what they see as their military victory in Syria, but know they can't tout it as a success," James Jeffrey, the former US special representative for Syria, told Middle East Eye.

"To do that they need the rehabilitation of Assad diplomatically, they need sanctions relief and they need a massive reconstruction programme," he added.

Some say that with Syria now taking part in the US plan to aid Lebanon, Russia may sense an opening to push for its agenda.

"This deal is seen as a major achievement for the Kremlin," Nikolay Kozhanov, a fellow with Chatham House, told MEE.

Russia intervened in the Syrian conflict in 2015 and its air support helped turn the tide of the war, allowing Assad to claw back nearly 70 percent of the territory he had lost to rebels following the 2011 Arab spring uprising.

Since then, it has entrenched itself in the country and sought to use its position in Syria to extend its influence in the wider Middle East.

The last few weeks have seen an uptick in diplomacy between Russian and US officials. Brett McGurk, White House coordinator for the Middle East and North Africa, met with his Russian counterparts in Geneva to discuss the Lebanese gas deal and US sanctions imposed on Syria.

Walla News reported that Russian Foreign Minister Sergei Lavrov was also asking Israel to push the US to agree to hold trilateral talks on the Syrian conflict.

"Russia is treating the White House's gas deal as a signal that the new American administration is not going to be that tough on Syria or implement all the means of pressure it has against Assad," Kozhanov added.

The Biden administration's Syria policy is still officially under review and the State Department did not respond to MEE's questions regarding Syria sanctions by the time of publication. 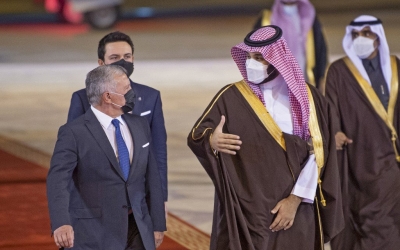 Jeffrey said a package of sanctions waivers pre-approved by the Treasury Department from the Trump era already exists.

"We (Trump administration) had been looking at a gas or electricity transfer deal assuming Moscow would support the UN political effort," he said. "There is a way to waive this thing."

Last month, MEE reported that Jordan was looking to normalise relations with Damascus. Since then, it has reopened its border crossing with Syria and restarted flights to the Syrian capital.

Syria is under crippling sanctions imposed last year under the US Caesar Act, which seeks to hold the government of President Bashar al-Assad accountable for atrocities committed during the ten-year war and prevent government reconstruction efforts as well as the normalisation of trade with other countries.

Mona Yacoubian, a senior advisor with the United States Institute of Peace, told MEE that the Biden administration's efforts to secure support for the pipeline was based squarely on its desire to address the humanitarian crisis in Lebanon.

"The driver for this [in Washington] is to help Lebanon and to address the existential crisis the country is in the midst of," she said. "It is not to normalise relations with the Assad regime."

Whether it is Washington's intention or not, even a small shift on Syria is likely to have a major effect on Damascus which has been treated as an international pariah for nearly a decade.

Rauf Mammadov, resident scholar on energy policy at the Middle East Institute, told MEE that "the pipeline is a lifeline, not only for Lebanon but Syria as well".

Lebanon has requested 60 million cubic feet of natural gas a day to feed its Deir Ammar power plant and meet its capacity to produce 450 megawatts of energy. The Syrian government is expected to receive transit fees and a share of the natural gas passing through the pipeline as payment.

"Even if the actual numbers turn out to be less than half of what is declared, it is a sizable project for Syria. Its energy security is very vulnerable," Mammadov said.

Still subject to international sanctions and cut off from the global financial system, Damascus is reliant on shipments of fuel from Iran. Ironically, a part of Lebanon's own energy woes stems from the smuggling of subsidized Lebanese gas across the border into Syria.

Syria was never a major energy producer and most of the oil reserves it does have are located in the northeast of the country, in territory controlled by US-backed Kurdish forces. 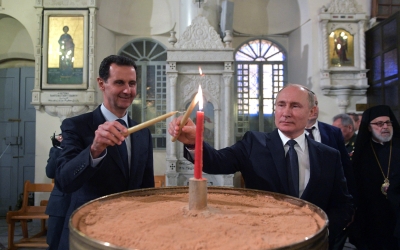 Many of the oil and gas resources the government controls have been carved up by Russian firms with close ties to the Kremlin.

Companies linked to the Wagner Group, a Russian mercenary firm, have obtained stakes in oil and gas deposits in former Islamic State-controlled territory of Syria. And Damascus has also granted Russian companies the rights for energy exploration off its Mediterranean coast.

In a sign of how much Russia has managed to extend its grip over the Syrian economy, a company with close links to Vladimir Putin is also tied to Syria's end of the Arab Gas pipeline, according to Intelligence Online.

Owned by Gennady Timchenko, an oligarch sanctioned by the US government, Stroytransgaz built Syria's portion of the Arab Gas pipeline and remains one of its main contractors.

Mammadov said the rehabilitation of the pipeline will likely benefit the company and feed the narrative that by venturing into Syria early, some Russian companies can position themselves for Syria's post-war future.

"They are hoping when the war is over and there are opportunities, they will be the first in line," he said. "If there is a political settlement, Syria can play an important role as a transit country in the wider region."

Can Russia win this?

Yacoubian said the Biden administration's focus on the pipeline was part of its pledge to put humanitarian aid at the centre of Washington's foreign policy.

"It is about a return to diplomacy," she said. "[And] one could see this as part of an overarching effort to deescalate tensions in the region."

The issue of aid to Syria has been a top priority for the White House, and Biden raised the topic earlier this summer in his summit with Putin.

A Russian-US agreement in July paved the way for the UN Security Council to extend the delivery of humanitarian assistance through Syria's Bab al-Hawa border for six months. Moscow cheered the news with its UN ambassador heralding it as "a turning point" for Syria and the region.

The concern within some foreign policy circles in Washington is that this approach, along with Biden administration's wider desire to extricate itself from Middle Eastern conflicts, paves the way for geopolitical rivals to step into a power vacuum.

"Russia has a much more ambitious goal than acknowledgment of a military victory in Syria," Jeffrey said. "They want to leverage their position in the country to rewrite the security structure of the entire Middle East." 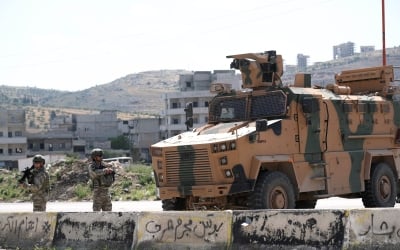 Russia may be eager to showcase its success in stabilising Syria and laying the groundwork for reconstruction, but it still faces a host of security challenges, including the continued threat of terrorism.

Earlier this month, the Islamic State (IS) group claimed responsibility for a bombing that disabled a portion of the pipeline meant to supply gas to Lebanon.

In addition to the presence of US and Turkish troops in the country, Israel has continued to strike Iranian proxies inside Syria at will.

"The Saudis, the Israelis and the Turks don't want to let Russia and Assad win this thing," Jeffrey said.

The assault this summer on the rebel-stronghold of Daraa was seen by some as an attempt by Iran-backed troops and their Syrian government allies to consolidate control over the area in southern Syria where the pipeline passes, posing a potential complication to any security guarantees the Assad government and Moscow will have to make for the project.

"The Russians are going to be much more concerned about Iranian attempts to use this territory for operations against Israel," Kozhanov said.

But so far, there have been few signs of a wider fissure between Tehran and Moscow over the deal. Russia stood down when Iranian militias put Daraa under siege this summer, breaking a 2018 ceasefire negotiated by the Kremlin.

And on the international stage, Russia recently supported Iran in its accession to the Shanghai Cooperation Organisation.

By turning on the flow of gas, the US has created a new dimension for Moscow's gambit in Syria. How it handles the opportunity will likely have more implications than just meeting the energy needs of Lebanon. 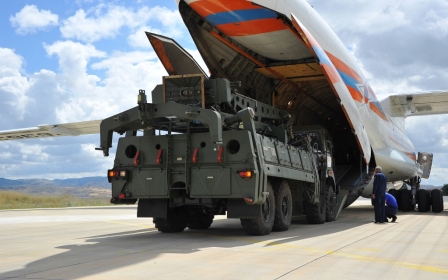 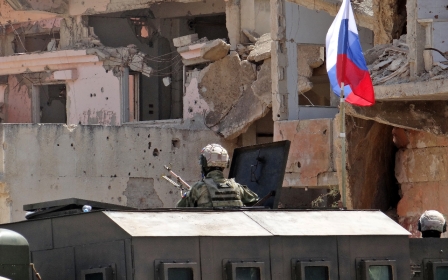 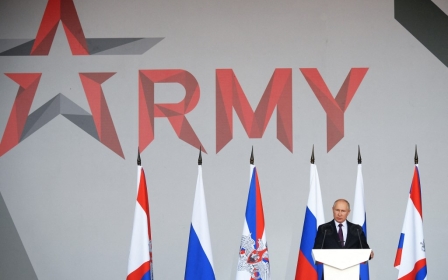