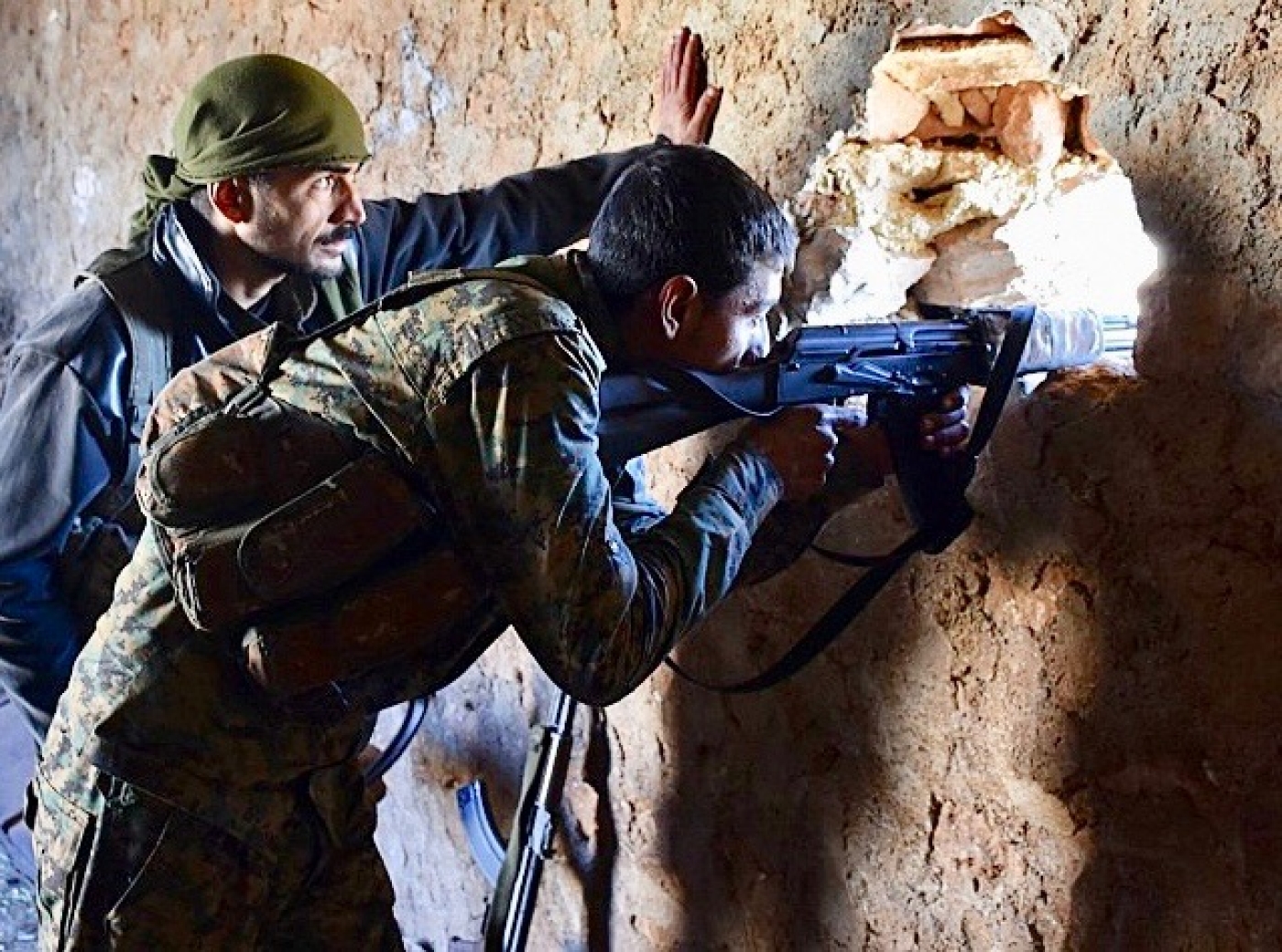 Syrian troops and allied militia on Sunday chipped away at territory held by the Islamic State (IS) group on several fronts across the country, state media and a monitoring group said.

Forces loyal to President Bashar al-Assad have doubled down against IS in Syria's fractured north, as well as near Damascus and the ancient city of Palmyra.

On Sunday, government forces edged closer to the town of al-Bab, the last remaining IS bastion in Aleppo province.

"They are hundreds of metres from the only route that IS has to access territory further east," Observatory head Rami Abdel Rahman said.

They were backed by fighters from Lebanese Shia movement Hezbollah and by Russian artillery, he said.

Al-Bab, 25km south of the border with Turkey, is seen as a prize by almost all sides in Syria's complex war.

Government troops are about five kilometres from the town's southern edges, but Turkey-backed rebels have already reached the edge of the town from the north.

Assad's forces were also locked in fighting on Sunday with IS in the central province of Homs.

Abdel Rahman said the troops had captured the Hayyan oil field west of the celebrated desert city of Palmyra.

State news agency SANA said "Syrian troops expanded their area of control" near Palmyra after clearing two villages of IS.

Syrian troops have refocused on IS since capturing Aleppo in the biggest victory for Assad loyalists since the conflict first erupted in 2011.

On Sunday, they also fought back against IS around al-Seen military airport northeast of Damascus, the Observatory said.

IS is facing simultaneous offensives against territory it holds in both Syria and Iraq, which it claims makes up an Islamic caliphate.

The group is among several militant movements that shot to prominence during Syria's complex, nearly-six year war.

The conflict has left more than 310,000 people dead and has forced millions more from their homes. Inside Lebanon
Assad will stay and refugees must go, says Lebanon president