Syrian cave hospital out of action after 'bunker-buster' attack 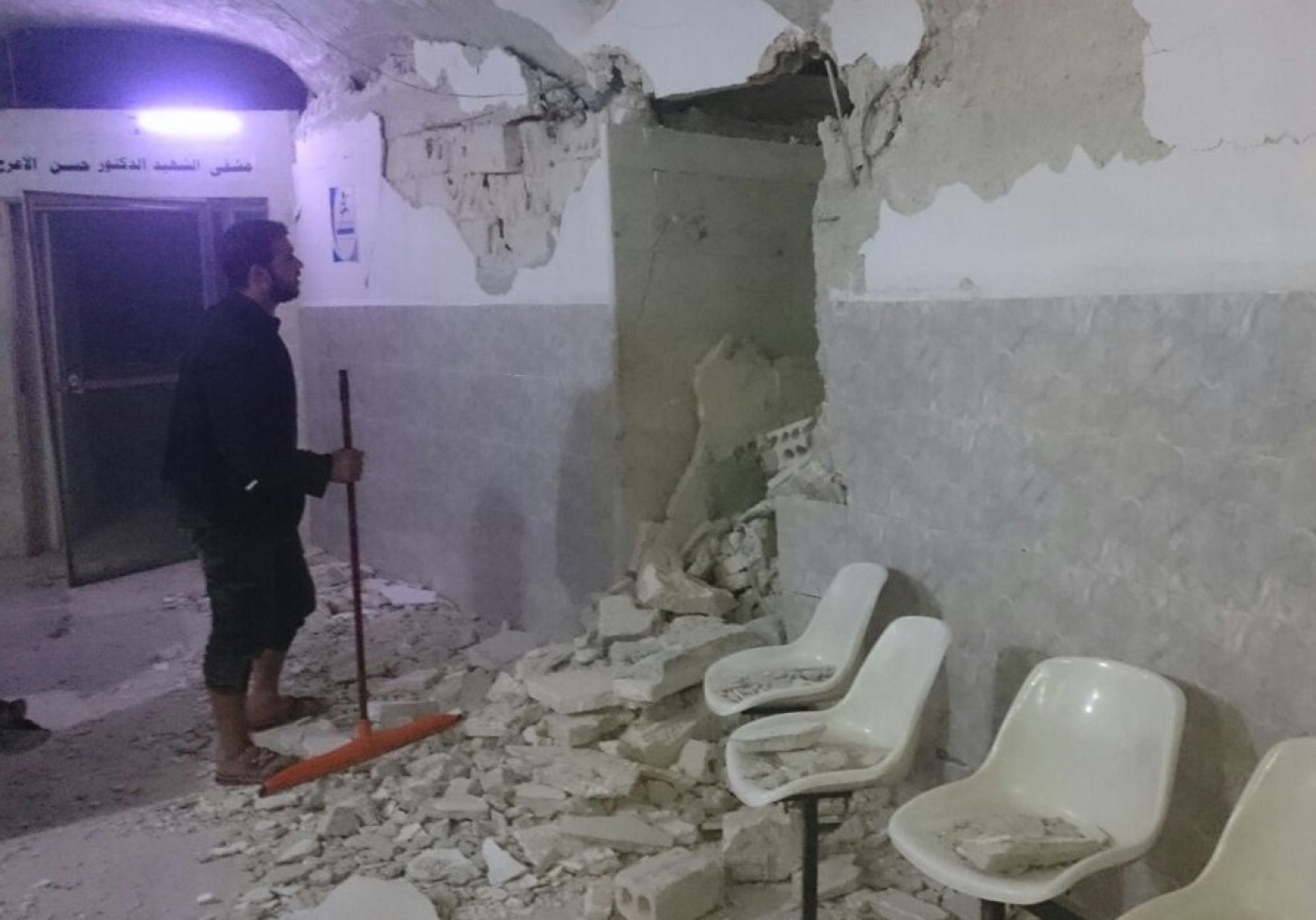 A fortified hospital built deep into a hillside in Syria's Hama province was out of action on Monday after being hit by suspected "bunker buster" bombs while another strike hit the M10 hospital in Aleppo.

The latest attacks on hospitals in northern Syria came as suicide blasts in the provincial capital Hama killed two people, as rebel sources said they were opening a new front to ease pressure on besieged Aleppo.

The KafrZita hospital, dug 15 metres into a hill, was reported "out of operation" after being hit on Sunday at 5pm, according to the Syrian American Medical Society (SAMS). No casualties were reported.

The attack came as as a coalition of rebels edge closer to government-controlled Hama city, which has largely remained immune to the violence of the Syrian war.

Sources told Middle East Eye that rebels were putting pressure on government forces in Hama in an attempt to relieve pressure on Aleppo, which has suffered weeks of intense bombing by Russian and Syrian aircraft.

SAMS representative Adham Sahloul told MEE that the "cave hospital"  was treating patients who were suffering from breathing difficulties in a chlorine attack when it was itself bombed.

Kafrzita Cave Hospital in northern Hama is now out of operation after a direct attack with two bunker-buster bombs last night pic.twitter.com/sw14VcKSn5

The bombing is one of the the latest in a long line of attacks on hospitals in Syria.

SAMS also reported eastern Aleppo's M10 hospital being hit on Monday by a "bunker buster" bomb, days after it and the city's M2 hospital was targeted by Russian and Syrian fire.

One person was reported killed in the Monday attack, which put the hospital completely out of service.

SAMS said the attacks last week were "timed and deliberate" to coincide with a land assault by pro-government forces and a spike in casualties.

The UN's secretary general, Ban Ki-moon, described the situation in Aleppo as a "slaughterhouse" after news of two of east Aleppo's largest hospitals being bombed came to light.

The IS propaganda wing Amaq said the attacks were carried out by its militants.