Once UK-backed and long one of the revolution's success stories, the force has been quietly dismantled 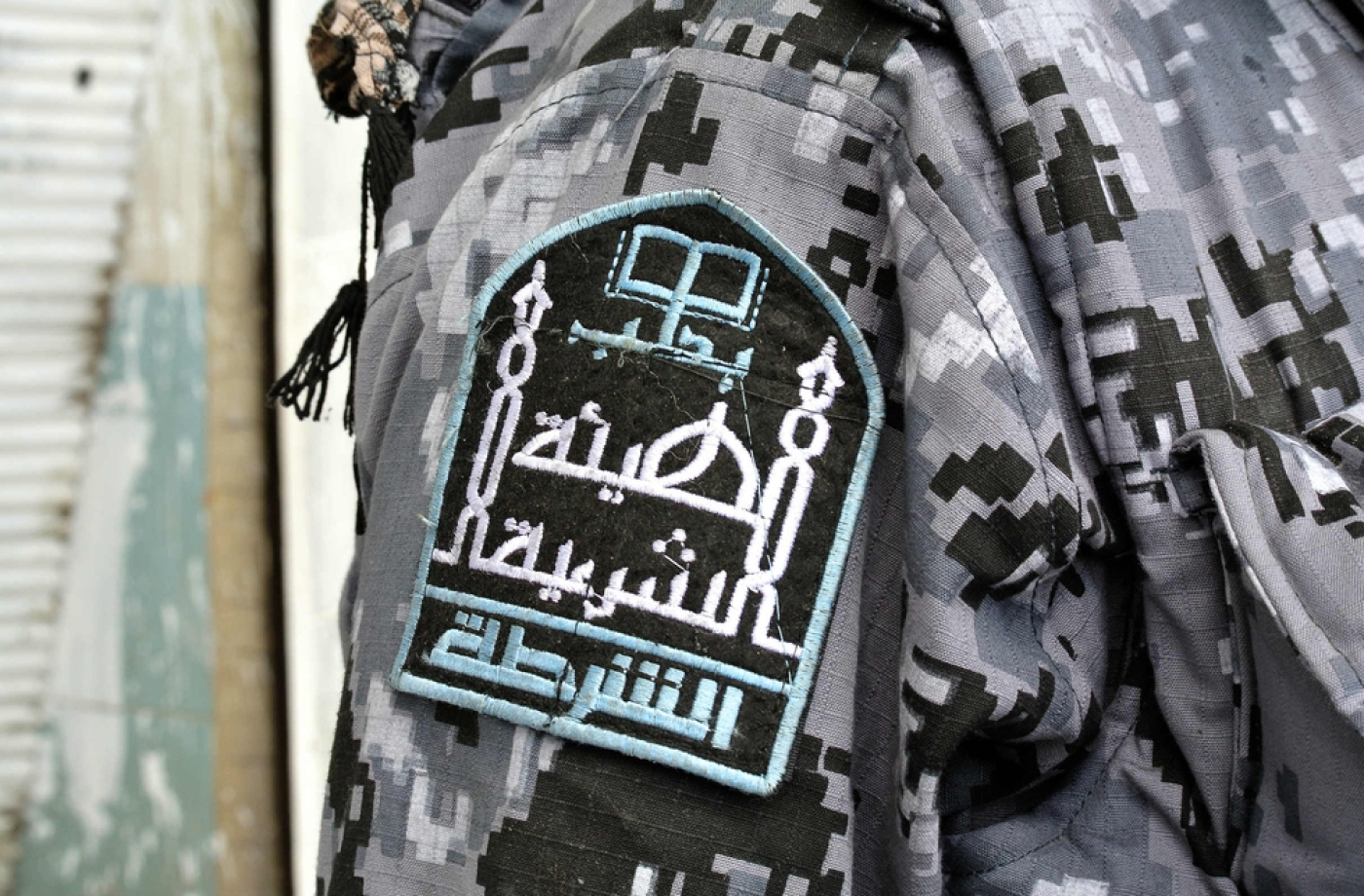 A rebel policeman wears the logo of the newly formed police corp created by the "Legal Committee" on his arm as he patrols the Sheikh Maqsud neighborhood in the northern Syrian city of Aleppo, on May 13, 2013 (AFP)
By
Harun al-Aswad

AFRIN, Syria – The Free Syrian Police, a symbol of the country’s flagging revolution and a recipient of international support, has ceased operations following a militant takeover of Idlib province.

As part of an HTS-rebel agreement to halt the fighting, all areas previously held by rebels not directly backed by Turkey fell under the governance of the militants’ so-called National Salvation Government.

The decision has been met with dismay by civilians, members of civil society and activists, who saw the unarmed and independent Free Police as a force for good.

Bilal Zekra, the director of the local council in Maaret al-Nouman, a significant town in Idlib province’s south now under HTS control, called on the force to continue its work. His call has not been successful.

“The local council met with the Free Syrian Police, explaining that its work was approved of and Maaret al-Nouman’s council fully supports it,” Zekra told Middle East Eye.

“The interruption of its work is a major disaster as it operates as a limb of the local council and helps solve civil conflicts among civilians.”

According to local media, HTS-related Islamic police will be deployed in areas where Free Syrian Police has disbanded, which is a concern for some locals.

“There is a popular consensus that the Free Syrian Police’s operations should continue, instead of deploying other elements likely to be connected to a military faction,” Fadi Yassin, an activist in the southern Idlib town of Kafr Rumah, told MEE.

"The damage in the region will not be limited now the Free Syrian Police have stopped working on security, corruption and the spread of robberies and crimes, but a large number of police officers who are defectors from the Syrian government will be harmed and become unemployed, and this will damage society in general."

The Free Syrian Police was formed in 2012, one year into the Syrian war, by policemen defecting from the government’s force.

For years it was funded by six western countries, and has been hailed as one of the Syrian revolution’s success stories.

However, a 2017 BBC documentary claimed that money donated to the force was ending up in the hands of militant groups. Last year, the British government axed its support of the police.

The BBC’s allegations have been described as “entirely inaccurate and misleading” by Adam Smith International, which manages the British-funded scheme that supported the police. The consultancy has previously been criticised for its handling of overseas contracts awarded to it by the UK government.

A review found that of $20m in funds given to the Syrian Free Police, only $1,800 unwittingly fell into the hands of officers with links to militant groups.