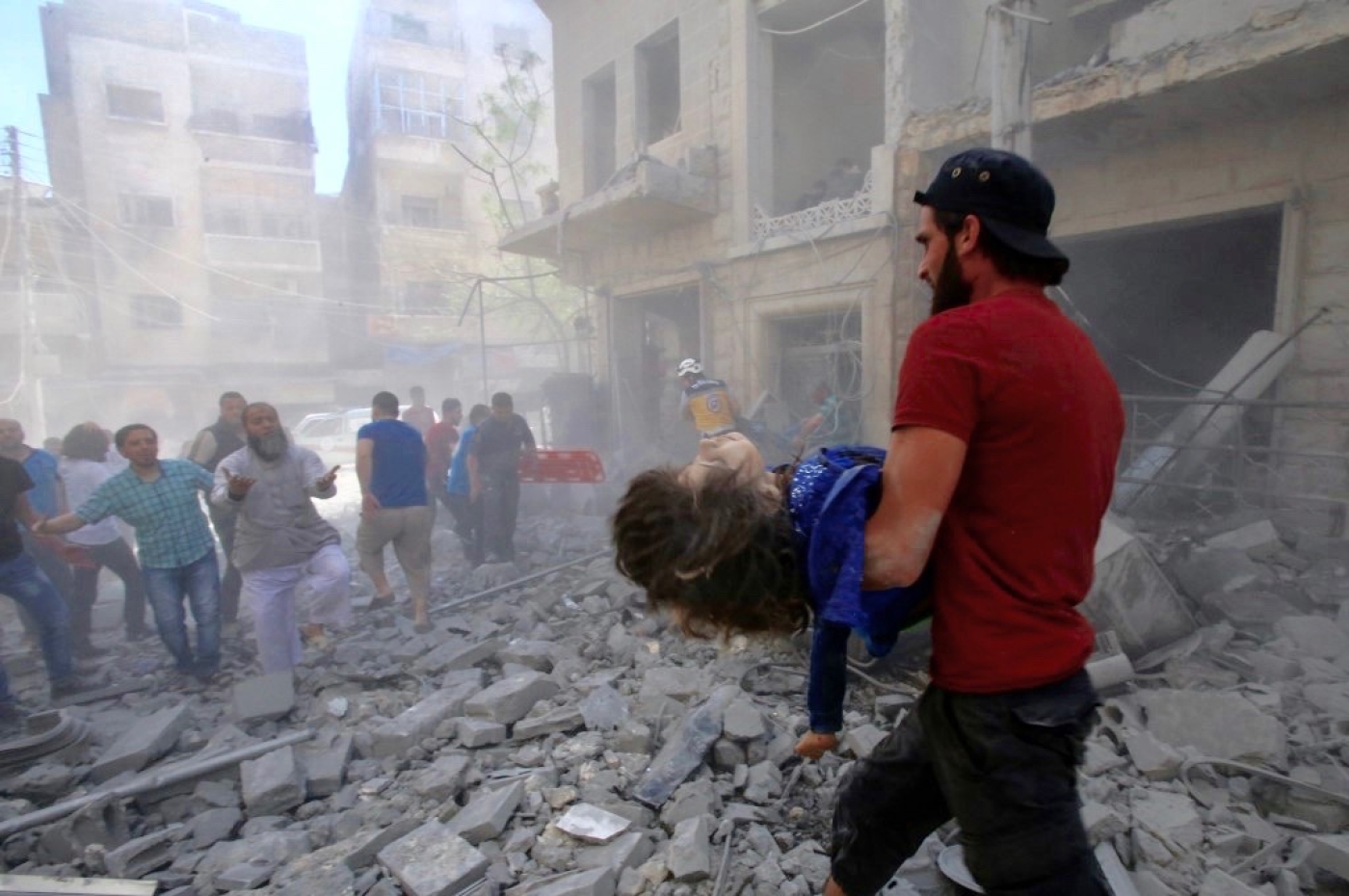 Syrian government forces pounded positions in the northwest of the country on Sunday, the Syrian Observatory for Human Rights said, in the heaviest day of air strikes since launching a major campaign against the rebel-held territory almost four weeks ago.

The bombardment helped the Russian-backed forces capture the small town of Kafr Nabouda in northern Hama province, the third time it has changed hands during the latest offensive, sources on both sides told Reuters.

Air and ground strikes killed 12 people in several areas, including the town of Maarat al-Numan, the Observatory said.

A young girl was among those killed at the market in Maaret al-Numan in Idlib, according to AFP.

Heartbreaking scenes of the first moments of the White Helmets recovering the body of a woman killed after 4 raids with high explosive barrel bombs dropped by the Regime's helicopters targeting her home in #Fatterah Town in southern #Idlib after midnight. pic.twitter.com/pAYvnEJCjY

Witness Hamdu Mustafa said he was out shopping when the air strike hit.

Everybody was "in the street selling and buying", he told AFP. "The planes targeted civilians who were buying food for their children," he said.

Nearby, rescue workers known as the White Helmets directed a bulldozer to clear the debris.

The onslaught since late April, focused mostly on southern parts of Idlib province and adjacent parts of Hama and Latakia, marks the most intense conflict between Syrian President Bashar al-Assad and his rebel enemies since last summer. The bombardment has killed 229 civilians, wounded 727 and forced more than 300,000 people to flee since 28 April, according to the Union of Medical Care and Relief Organisations (UOSSM), which provides assistance to health facilities.

Twenty health facilities have been hit by the escalation, 19 of which remain out of service, according to the UN.

Rami Abdulrahman, director of the Observatory, said Syrian government planes and helicopters launched more than 280 strikes on Sunday and Russian jets carried out 15.

Syrian state news agency SANA said Kafr Nabouda had been taken back from militants led by Tahrir al-Sham, previously called the Nusra Front and part of al-Qaeda until it broke away and renamed itself.

A spokesman for one of the rebel formations in the area, the Turkey-backed National Liberation Front, confirmed government forces had taken Kafr Naboud after an eight-hour bombardment involving hundreds of rockets and dozens of air strikes.

The UN has warned that an all-out offensive on the Idlib region would lead to a humanitarian catastrophe for its almost three million residents. 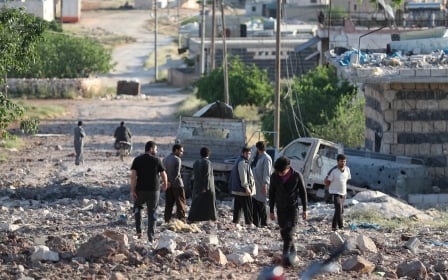