Kurdish militias in Syria and Arab factions formed an action centre in Syria this week to fight Islamic State militants, the political leader of the largest party in Syria's Kurdish regions tells MEE 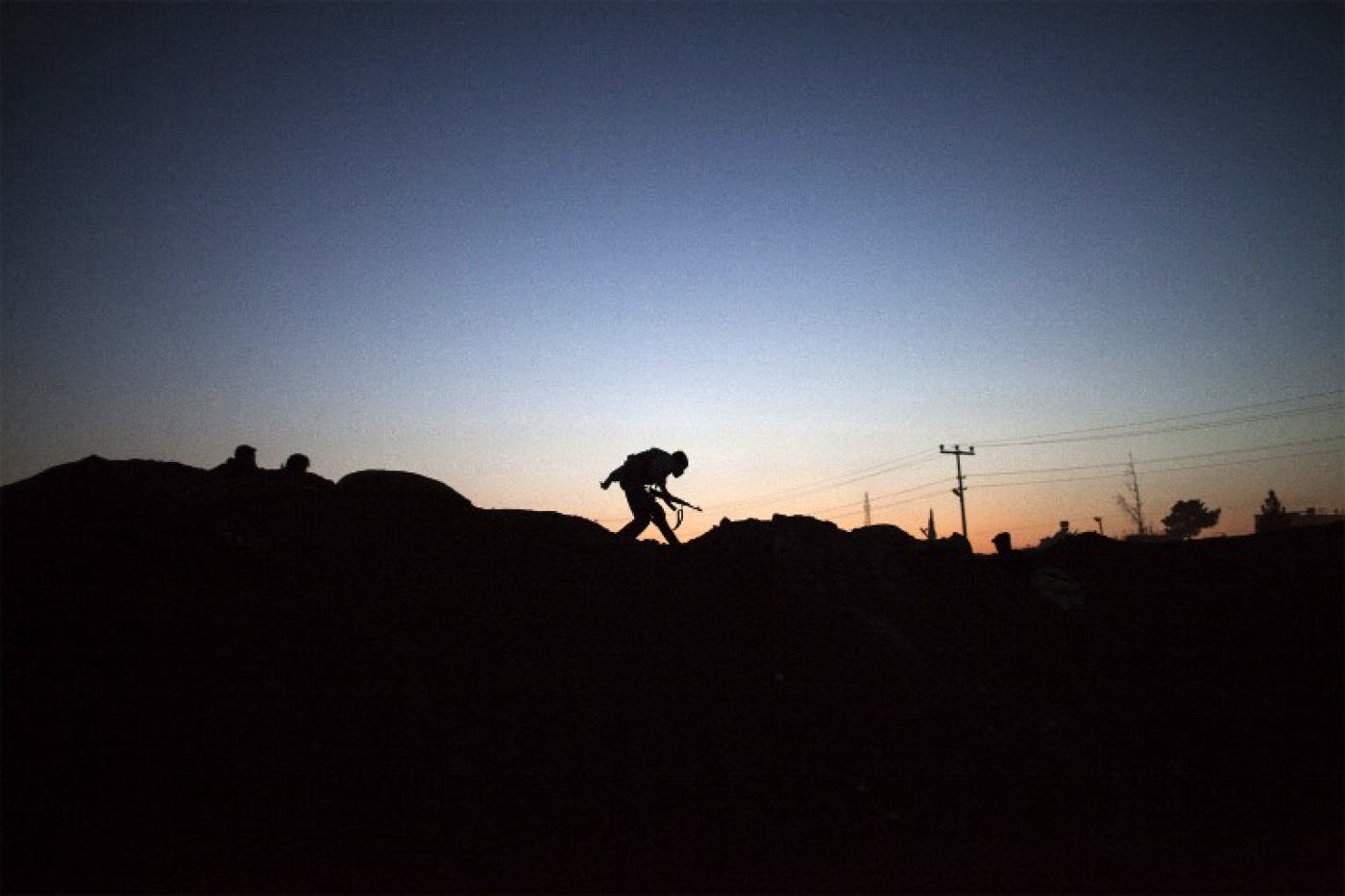 The political leader of the largest party in Syria’s Kurdish regions has hailed the creation of a joint military action centre between Kurdish and Arab fighting groups as a clear sign that the world is waking up to the threat from the terrorist insurgency, the self-declared Islamic State.

“The Kurds have been fighting against IS for three years in northern Syria and we were doing it alone. Now everyone says how brutal they are. We have known that for a long time," Saleh Muslim Mohammed, the co-president of the Democratic Union Party (PYD), told the Middle East Eye in London on Thursday.

Kurdish militias in Syria, known as the YPG (People’s Protection Units), who are linked to Mohammed’s party, have managed to maintain control of a large chunk of north-eastern Syria. Last month, they helped Yazidis from western Iraq escape from IS attacks by taking a roundabout route through Syria to Iraqi Kurdistan.

Earlier this week, the YPG formed an action centre with eight Sunni Arab factions in the Aleppo and Raqqa regions. They called it Euphrates Volcano. “The first joint operation has just taken place at the Karakozak bridge. I’m not sure of the full result but I understand they killed about fifteen IS fighters," Mohammed said. Some of the Arab factions are linked to the Western-backed Free Syrian Army.

The new centre is another example of how the threat from IS has overturned ancient enmities and created a new web of unexpected alliances throughout the wider Middle East.

In earlier stages of the uprising against the Syrian government, Arab rebel groups rejected links with the YPG for fear of encouraging Kurdish autonomy. There were numerous armed clashes. Mohammed’s youngest son was killed in one of them. The FSA factions in the new joint centre include Liwa Thuwar al-Raqqa, Saraya Jarablus, Thuwar Umna'a al-Raqqa, Liwa al-Jihad Raqqa, and Jaysh al-Qassas, the independent Kataib Shams al-Shamal, and the eastern wing of the Islamic Front's Liwa al-Tawhid.

“We’re ready for co-operation and co-ordination with all other groups. We are the only force on the ground which can stop IS and even defeat them in their bases," Mohammed said.

His party and the YPG have long been cold-shouldered by Western governments because of past links with the PKK that has been fighting for Kurdish rights in Turkey and is still proscribed as a terrorist organisation in the US and by most European governments. But Mohammed welcomed President Obama’s decision to use air strikes against IS targets in Syria. “The efforts against IS should be global. If there are strikes in Iraq and no strike in Syria, there’s something missing. If they are against Isis they should hit them everywhere."

Asked whether US air strikes in Syria would flout international law without the Syrian government’s agreement, Mohammed said there was no legal issue because “IS has destroyed the borders”.

He pointed to IS’s long reach. Earlier this week, up to 45 commanders of the faction Ahrar al-Sham were killed in Idlib province, a long way to the west of IS strongholds in Raqqa and Aleppo. They were meeting in an underground bunker. Although no group has claimed responsibility, Mohammed said IS must have infiltrated an agent who became trusted by the group and then blew himself up.

He blamed Turkey for helping IS to grow by letting weapons and recruits cross into northern Syria.  “Turkey must be more effective in closing the border. They have lost a lot because of their co-operation with IS. If they don’t control the border, they will lose a lot more."

Mohammed is a member of the National Co-ordination Body for Democratic Change, an alliance of internal parties calling for a transition to democracy in Syria. It is allowed to operate in Damascus, although several leaders have been detained by the government. The Syrian National Coalition and its Western government backers refused to accept the NCC as an independent participant at the Geneva Two conference in January, nor did they allow the Kurdish issue to be discussed. Mohammed hopes that if there is a Geneva Three, this attitude will change. Shortly before Staffan de Mistura, the new UN envoy for Syria, left for Damascus this week, Mohammed met his team in Beirut.

His family has been directly affected by IS brutality. He has not seen his wife or relatives for two years. They are living in the northern Syrian province of Kobani, whose main town is usually known by its Arab name, Ayn al Arab. It is under siege, surrounded on three sides by IS forces and to the north by checkpoints on the Turkish border.  Up to half a million people are estimated to be trapped in the enclave in terrible conditions. IS has cut electricity and water supplies for several months.