Blurred lines, IS and the rise of autonomous enclaves

Michael Stephens
While the international community debates last month's political problems, the KRG and its rival in Syrian Kurdistan are busy establishing facts on the ground, writes Michael Stephens 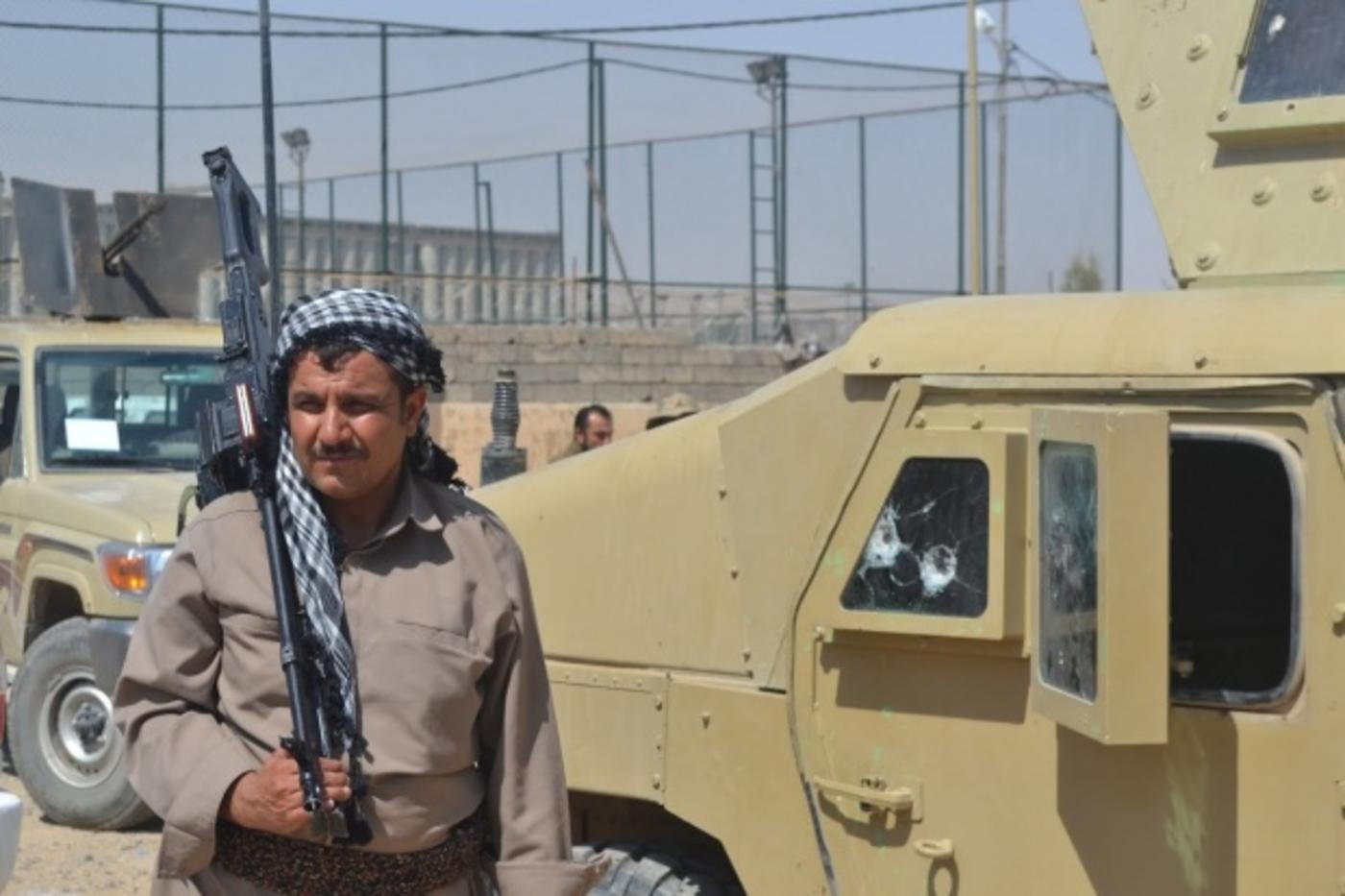 For three years, the Middle East region has had to come to terms with shifting lines of control, the breakdown of regional order, and the wars that have come with it. The rapid advance of the Islamic State has all but shattered any notion that any permanent regional order can still exist. But it is not just the Islamic State that is rearranging borders hastily and breaking down all that was put in place 100 years ago. Others too are playing IS at their own game.

After a recent visit to Syrian Kurdistan (known as Rojava), it has become clear just how arbitrary are the borders between and Iraq and Syria, and also the extent to which the vacuum left by the withdrawal of both the Iraqi and Syrian states have been filled by others. The crossing point between Syria and Iraq at Fishkhabour is maintained by the Peshmerga forces of the Kurdistan Regional Government, and the Rojava administration forces known as the People’s Protection Units (YPG) with not a single Iraqi or Syrian government officer in sight.

As if to reinforce this, when crossing the border back into Iraqi Kurdistan, all that was required were two local party members on each side of the Tigris River using a combination of mobile phones and hand signals to send a boat 50 metres across to pick me up. And this some two hours after the border had “officially” closed. It can sometimes appear rather trite to talk of Sykes-Picot borders ending, but at this crossing, late at night, with the sounds of patriotic Kurdish songs playing across the valley, I can think of no other way to describe it.

Meanwhile to the south, the YPG fight across the international boundary at Yaroubia border crossing, some 2km into the Iraqi city of Rabia. Their enemy of course is not the Iraqi army, but the forces of the Islamic State who hold the surrounding towns in the area, and a swathe of territory from Tikrit to Aleppo in which they have established their own government.

Another 45km to the south, the YPG maintains a security corridor that runs from Syria into the Sinjar mountain, in which YPG forces, supported by YPG and Kurdistan Workers Party (PKK) trained Yazidi militias patrol the area against regular IS incursions to protect the local population from another brutal assault against the Yazidi population.

Visiting the military training camps in Syria, full of young Yazidis eager to avenge the slaughter of their people at the hands of IS, shouts rang out “Serok Apo!” (praise to Abdullah Ocalan leader of the PKK), and “Biji berxwedan Shingale!”  (Long live the resistance of Sinjar!).

Herein lies the problem: the Yazidis of Iraq now express loyalty to Syria and Turkish Kurds, and they do it having received military training and weapons from Syria. In a recent conversation I had in Qamishli with YPG Spokesman Rudur Khalil, he noted that “we will continue to train the Yazidis in the future...the YPG organises these units but they are local units".

Both the Kurdistan Regional Government and its cousin and rival in Rojava are busy doing what local actors in the Middle East do when the international community moves too slowly. They establish facts on the ground, while everyone else debates last month’s political problem.

In an attempt to restore some order to this regional breakdown, the KRG spent some time and expense digging a trench between itself and Rojava to try and establish a vague border. But it is a pitiful construction, easily crossed and I personally witnessed three journalists being smuggled across it in broad daylight by sympathetic Peshmerga from the Iraqi side. Hardly a secure border of a future nation state.

For the moment at least these issues are of secondary importance because the threat from the Islamic State to everyone who opposes it is so severe that issues of sovereignty and blurry borders don’t appear to be a problem.

But the situation is made far more complex by selective military intervention from the US to push back the forces of the Islamic State. Assuming that IS forces eventually withdraw into the heartlands of Deir Ezzor and Raqqa, the northern conflict zones in Syria and Iraq begin to look like a very odd place. In truth, what will emerge is very simply lines of influence and control that stretch beyond international borders, facilitating the flow of weapons, finances and personnel of like-minded ideologies, whose allegiance is more to their belief structure than any notion of Syria or Iraq.

The future appears to be a collection of statelets, autonomously run by quasi-governments that maintain full security control, and tightly enforce the movement of populations within the regions in which they govern. Assuming the Islamic State survives in some form or another, the appearance of the region is a mosaic of shifting boundaries, low level conflicts over territory and statelets struggling to form independent sovereign entities that can stand alone, in opposition to regional powers surrounding them.

How these statelets continue to survive is a matter open for debate. Neither IS, KRG, Rojava nor its Sinjar enclave have the ability to print and distribute money, all are bogged down by huge numbers of refugees and constant fighting on all their borders, which sucks resources and manpower away from developmental needs. Nevertheless, my experience in northern Syria and Iraq has shown that somehow, despite the difficulties, people just get by, cash seems to be in the hands of vendors, water and electricity function, albeit irregularly, and life continues despite the hardships.

The truth is that further debate about whether the old regional order still exists or not is becoming irrelevant: it has gone and it will never return. It is time regional and global powers woke up to the fact that Syria and Iraq have permanently changed,  and while the world is busy trying to fix the problems of the old regional order breaking down, it is ignoring the problems of the new regional order that is being created. It is how the world responds to these coming challenges that will define the shape of the region, more war is likely, but the emergence of autonomous enclaves is certain to be the future.

- Michael Stephens is the Deputy Director of RUSI Qatar, having joined RUSI’s London office in September 2010, first in the Nuclear Security Programme, then in International Security Studies. His recent research has focused on Arab Shia identity across the Middle East and its relationship with Iran.