The Syrian Kurdish administrations have adopted a new conscription law that obliges Syrian Kurdish citizens to join the fight against Islamic jihadists, but not all Syrian Kurds are happy with the decision 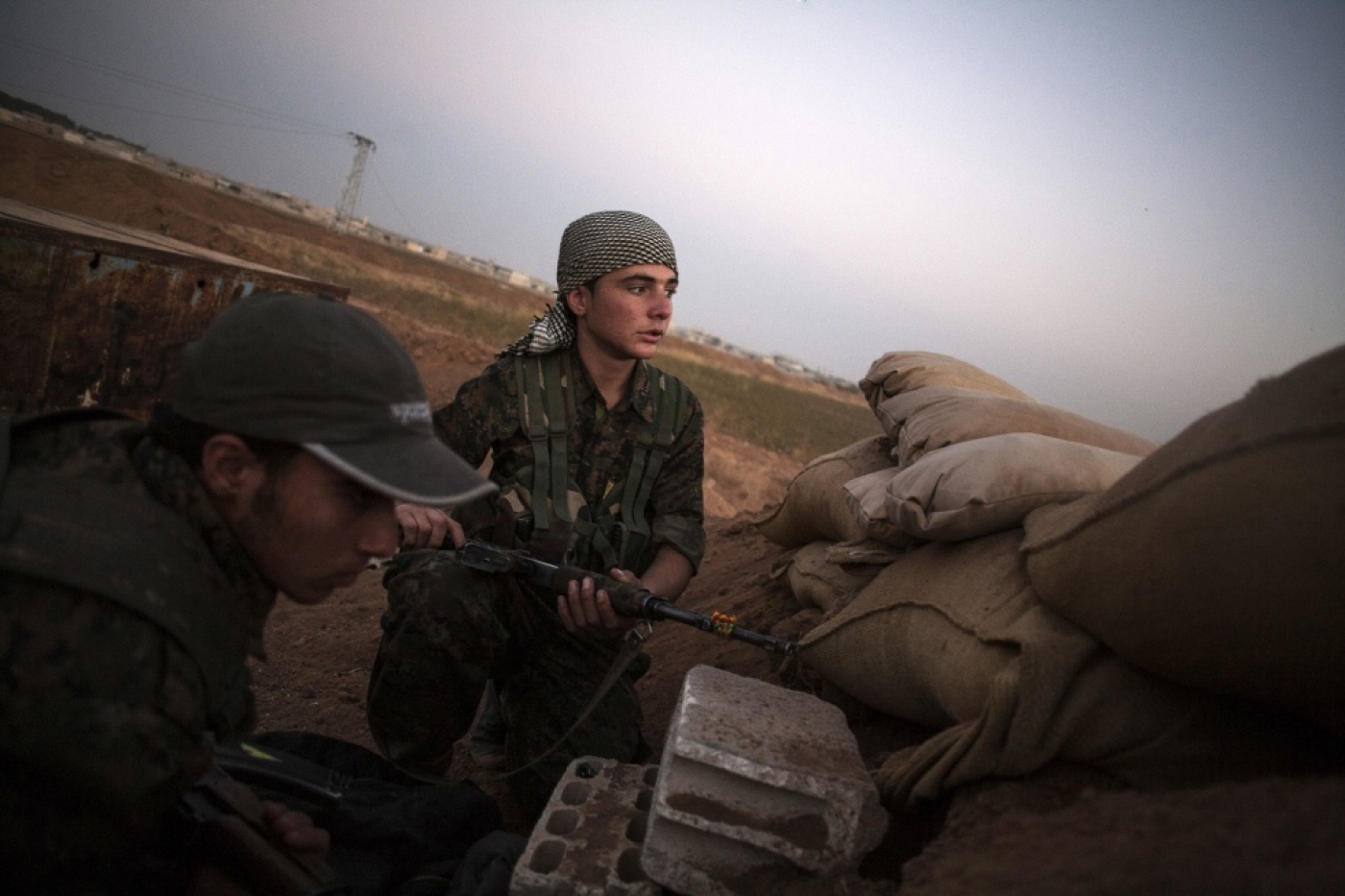 ERBIL – The Kurdish autonomous administrations in Syria have adopted a new law that obliges citizens between 18 and 30 to enlist in the defence service, and join the People’s Defence Service (YPG) for six months, in response to heavy attacks by Islamist militants.

The law also states that the soldier can choose to either serve the six months with no interruptions or to break the time up into different phases. Women can voluntary serve in the Kurdish army.

In the past there have been discussions among Democratic Union Party (PYD) officials about implementing a military service in order to defend Kurdish areas against jihadi militants. But they feared a public backlash from civilians that have had to deal with worsening living conditions, as well as a lack of jobs, electricity and education possibilities.

Although the Kurdish regions in Syria have been mostly secure in comparison with other Syrian cities, these areas are suffering from ongoing immigration as a result of the civil war.

Kurds have also fled from Syria, fearing arrest for escaping military service in the Syrian army. But the YPG has prevented the Syrian regime from capturing young men inside the Kurdish regions.

Still many more fled to Europe, or to Turkey, and the Kurdistan region of Iraq for jobs and safety. More than 200,000 refugees in Iraqi Kurdistan are officially registered by the UN refugee agency.

But after heavy attacks on the city of Ayn al-Arab, known as Kobani in Kurdish, the administrations decided to move forward with adopting a new law.

The canton administrations enjoy the support of the powerful rebels of the Kurdistan Workers’ Party (PKK) that is engaged in negotiations with the Turkish government to withdraw their forces from Turkey in exchange for reforms.

Nevertheless, despite these talks, the PKK-leadership has accused Turkey of supporting the Islamist militants of the Islamic state (IS) that have besieged the Syrian Kurds in Kobani for weeks, and called on Kurds in the region to defend the Kurds in Syria.

Around 800 to 900 Kurds from Turkey headed to Syria this month to defend the city of Kobani against IS militants that have acquired heavy weapons and artillery seized from the Iraqi army after they took over the city of Mosul in June.

This siege by IS militants is the reason the Kurdish administrations have announced a military service law. The siege also prevented the demobilisation of child soldiers in the canton administration in Kobani.

Sheruan Hassan, a PYD member responsible for diplomatic relations in Europe, told Middle East Eye, that the law is necessary.

“The whole Kurdish region is being attacked by the ISIS and other groups. Both the regime and the IS have grown stronger, and will attack us,” he said.

But supporters of Barzani and the KNC do not agree with this new law.

After a meeting of the KNC on 15 July in the Kurdish city of Qamishli, the KNC rejected the conscription law in a statement, suggesting it would lead to an increase in migration of Kurdish youth in Syria.

“We do not accept any decision from the administrations, including military service. The PYD is trying to militarise Kurdish society, and make all people leave Rojava [Syrian Kurdistan],” said Zara Saleh, a leader of the Kurdish Unity party based in the UK.

He suggests that the Kurdish civilians would join up voluntarily to fight against IS militants. “No Kurd wants Kobani to fall to Daash [IS]. This is a historical moment.”

Some Kurdish male civilians are also not happy with the law.

“I will never join any force that exists now, not YPG, not FSA (Free Syrian Army), not Daash (IS, or Islamic State), not Assad, nor Jahbat al-Nusra. I will not [join] YPG because they do not let you fight freely, you have to fight under the name of YPG or Abdullah Öcalan,” said Alan Qamishlo (26), who lives in the city of Qamishli, and works in a bakery.

But so far, he hasn’t had any national call to serve in the YPG forces. A YPG source confirmed that the new law has yet to be implemented.

Rodi Hesen, a Syrian-Kurdish journalist employed by the weekly Wishe newspaper based in the Kurdistan region of Iraq, told Middle East Eye that the law is a positive and necessary step because of the increased threats by the IS militants.

“It is not fair that only one part of the society shoulders the responsibility of protection and defence,” he said.

But he added, the fact the law is issued by the self-administration dominated by PYD would result in criticism of the KNC. “It will be an argument for the KNC to just criticise the PYD and not do any work.”

Moreover, he thinks Kurdish youth could exploit the law to get residency in Europe and escape from Syrian Kurdistan. “It is vital, that any law and decision is made based on a political agreement by all sides.”

But PYD official Sheruan Hassan thinks the criticism would not have any effect.

“The KNC can’t do anything. Many of their members have joined the resistance in Kobani against Daash [IS, or Islamic State]. They only complain, because they can’t do anything [on the ground],” he said.

“Their families, sons are also living in Kobani. You need soldiers to protect them against ISIS [Islamic state] and the regime in the future.”