Syrian Kurds to push for federal system after exclusion from talks

Federalism - which the leading Syrian opposition group and government reject - is the best way to protect Syria from division, say advocates 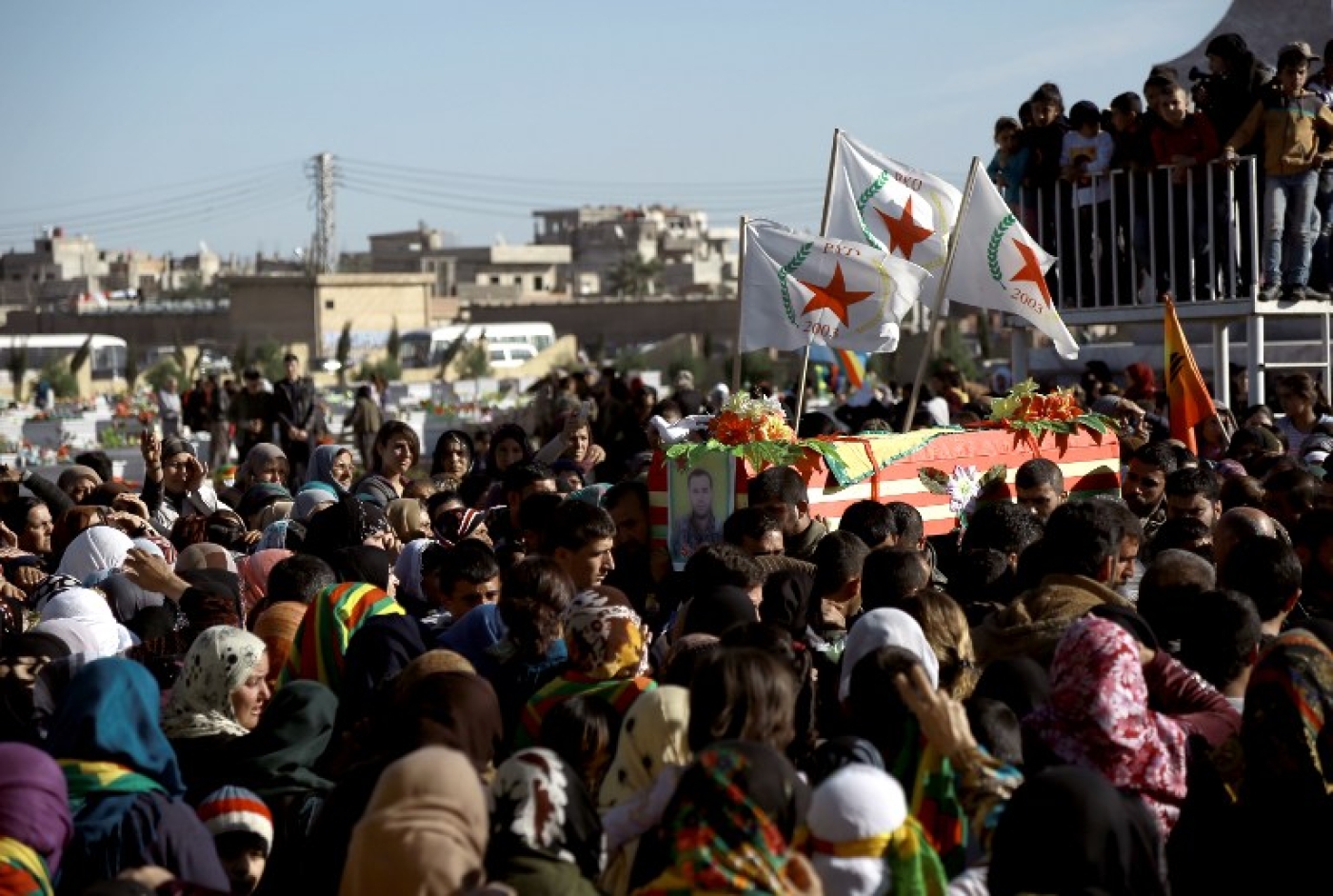 Kurdish-led parties are preparing to declare a unified region in areas under their control in northern Syria, representatives said on Wednesday, as they push a federal model for governing the country.

The move, which would expand an already existing system of self-administration, is likely to anger Turkey which is wary of any bid by Syrian Kurds to solidify their autonomy and their control of territory.

Kurdish groups appear to be pushing for an alternative solution to Syria's five-year conflict after being excluded from ongoing peace talks in Geneva.

More than 150 delegates from Kurdish, Arab, Assyrian and other parties met on Wednesday in the town of Rmeilan, in Syria's northeastern Hasakeh province.

The meeting adjourned in the early evening and will reconvene on Thursday when a decision is expected to be announced, an AFP journalist attending the conference said.

"All the suggestions are now heading towards federalism," he told AFP from the conference.

Delegates proposed "a democratic federation as the only way to guarantee the rights of all people," according to a draft of the proposal obtained by AFP. "We will decide the borders for these areas and their prerogatives."

PYD official Ibrahim Ibrahim said it was a model for the whole of Syria.

In such a scenario, he said, "a new constitution will determine the relation between the federal districts and the centre in Damascus."

System 'for all Syria'

Sheikh Hamad Shehade, the head of an Arab tribe in Rojava - the name Syrian Kurds have given to areas in northern Syria where they have wrested control since the war began - agreed.

"The federal system is not only for northern Syria but for all Syria," Shehade said. "The objective is not to divide the Syrian territories, and we started with this initiative (in northern Syria) hoping that it will prevail in all Syria."

The three cantons run along Syria's northern border with Turkey and are known as Afrin and Kobane, both in Aleppo province, and Jazire in Hasakeh province.

As well as three cantons, the plan would see the federal system expand to include additional areas recently seized from the Islamic State militant group in northern and northeastern Syria, Kurdish officials said.

Officials said the announcement was not intended as a first step towards independence.

"A federal state for ruling all of Syria is the best way to protect Syria from being divided up, because there is major distrust among the different sides," said Ibrahim.

Washington-based analyst Mutlu Civiroglu said the announcement would be a political message "from Syrians on the ground, politically and militarily".

"Politically, it's also a message to the United Nations, the US, Russia, and especially to Geneva, that if you ignore us, we are going to determine our future by ourselves," he told AFP.

Despite deep divisions, Syria's main opposition group, the High Negotiations Committee, and the embattled government in Damascus have both categorically rejected a federal system in Syria.

On Wednesday, the head of the government delegation to the peace talks, Bashar al-Jaafari, told reporters in Geneva that announcing a federation would be "a total failure".

"The Syrian Kurds are an important component of the Syrian people... So betting on creating any kind of divisions among the Syrians will be a total failure," he said.

Also on Wednesday, the United States warned that it would not recognize an attempt by Kurdish groups in war-torn Syria to form an autonomous federal region.

The State Department said it would not support the breakup of the country and that any new federal model would have to emerge from peace talks.

"This is something that needs to be discussed and agreed upon by the relevant parties in Geneva and then by the Syrian people themselves," Tonder added.

The issue of Syria's Kurds has caused a rare rift between the US and NATO ally Turkey, which is battling a decades-long insurgency led by the outlawed Kurdistan Workers' Party (PKK).

Turkey has shelled the main Kurdish militia across the border, the People's Protection Units (YPG), but the US has cooperated with the group, which has emerged as a key force fighting IS.

"Syria's national unity and territorial integrity is essential," a Turkish diplomatic source in Ankara told AFP. He said the Syrian people would "decide collectively" on the future governance of their country.

"Except for that, unilateral initiatives cannot be valid," he said. Syria War
In Qamishli, a new dawn for Syrian Kurds