Erdogan warns Damascus it will pay for attacks on Turkish soldiers, as Ankara-backed rebels push on with counter-offensive A fighter takes a selfie with the burnt remains of a military helicopter after it was shot down over the village of Qaminas in northwestern Syria on 11 February (Ali Haj Sulaiman/MEE)
By
Ragip Soylu
in
Hatay, Turkey

Forces loyal to President Bashar al-Assad recaptured the strategic M5 highway in northwestern Syria for the first time since 2012 on Tuesday, though rebel groups celebrated the downing of a Syrian government helicopter.

With the backing of Turkish artillery, rebel forces have doubled down their efforts to recapture an area they have lost near Saraqeb, a prized town seized by the Syrian government over the weekend.

The Turkish defence ministry said 51 Syrian government fighters had been killed, and two tanks, an anti-aircraft missile launcher and ammunition depot were destroyed in the counteroffensive. Rebels had captured a tank, it added. Saraqeb, around which Turkey had several military personnel posted, is located at the junction of the two main highways in Idlib, including the M5, which links the capital Damascus with the major cities of Hama, Homs and Aleppo.

“It has been going non-stop since the attack that killed five Turkish soldiers last night,” one of them added, in reference to deadly pro-government shelling on an Idlib air base held by Turkey.

Turkish President Recep Tayyip Erdogan warned on Tuesday that Damascus will pay a "very heavy price" for attacking Turkish troops. Thirteen Turkish soldiers have been killed in Syrian goverment raids in Idlib in the past week.

"We gave the necessary responses to the Syrian side at the highest level. Especially in Idlib, they got what they deserved. But this is not enough, it will continue," Erdogan said in a speech, adding he would announce on Wednesday a detailed plan on how to handle developments in the northwestern province.

The Syrian army said in a statement that it was prepared to respond to attacks by Turkish forces, and accused Ankara of escalating its violations of Syria's sovereignty by sending reinforcements into Idlib and Aleppo provinces.

US Secretary of State Mike Pompeo, meanwhile, said Washington is standing by Turkey and has sent special envoy for Syria, James Jeffrey, to Ankara to discuss a response to the attacks on Turkish troops.

“My condolences to the families of the soldiers killed in yesterday's attack in Idlib. The ongoing assaults by the Assad regime and Russia must stop. I've sent Jim Jeffrey to Ankara to coordinate steps to respond to this destabilizing attack”, Pompeo said in a tweet.

The Turkish defence ministry said in a statement that government forces withdrew from Nairab, a small village in the west of Saraqeb, and a Syrian helicopter belonging to the regime was shot down, without saying who was behind the attack.

The Syrian Observatory for Human Rights activist group said the helicopter crashed near the village of Qaminas, southeast of Idlib city, after being hit by a rocket fired by Turkish forces, killing both pilots.

Videos of what appeared to be the burning helicopter spiralling down from the sky circulated online.

Syrian helicopter has been shot down by Turkish-backed rebel groups. Dramatic
Video shows a Russian-made #Mi17helicopter in flames somewhere near the town of Nerab. #Syria #helicoptercrash pic.twitter.com/Y93DY7q77o

The fighting in Idlib has enflamed tensions between erstwhile partners Turkey and Russia, who are the rebels and government's main backers, respectively.

Devlet Bahceli, a nationalist party leader aligned with Erdogan, made a damning statement on Russia's role backing Assad's forces in Idlib, and implicated it in the attacks on Turkish observation stations in the province.

“Assad is a murderer and illegitimate. Russia is not [acting] in good faith. If there is no other option, Turkey should now make plans to seize Damascus,” Bahceli said in a fiery speech. “Let Syria burn, and let Idlib get destroyed. Down with Assad." 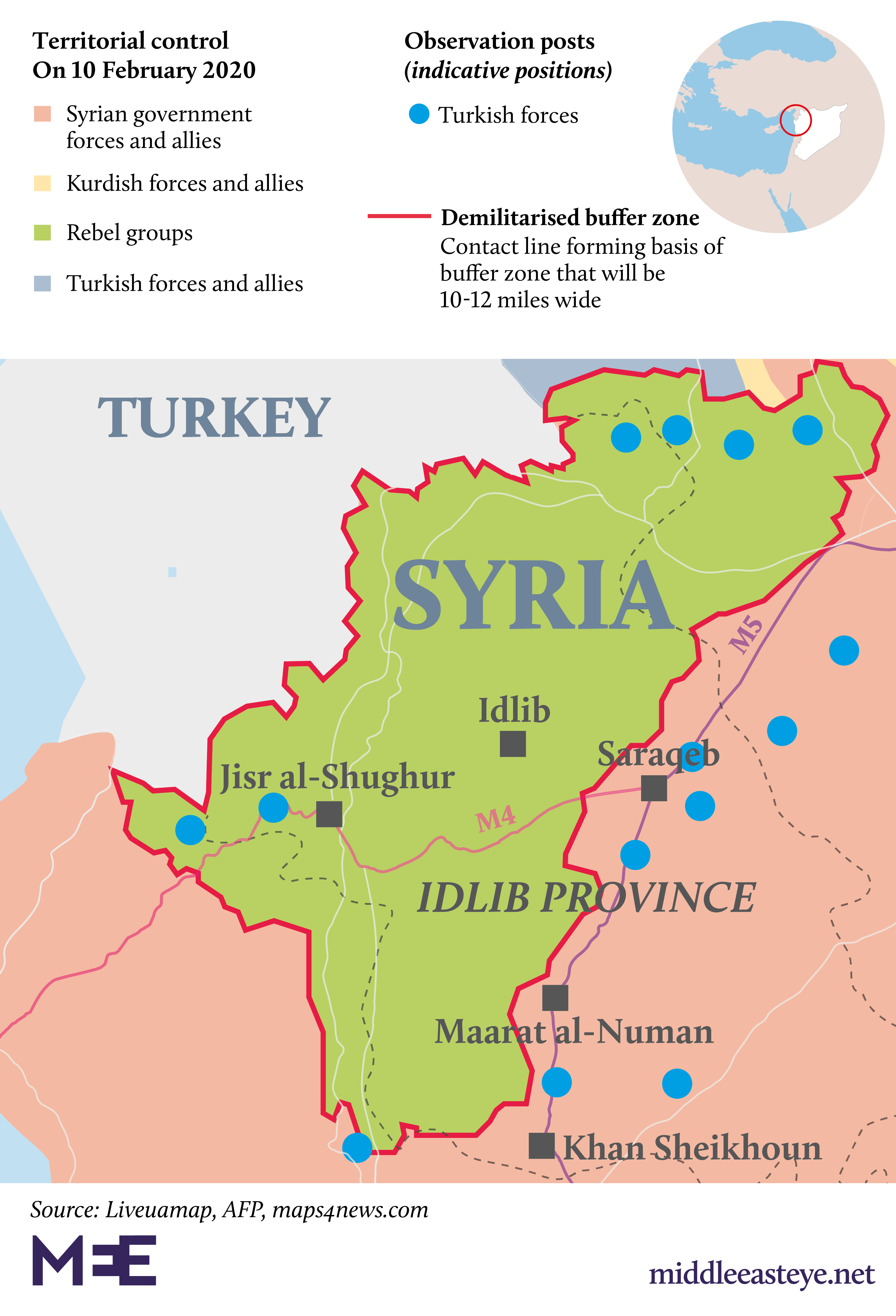 A series of meetings between Turkish and Russian officials since last weekend have failed to find a way out of the crisis.

'If there is no other option, Turkey should now make plans to seize Damascus. Let Syria burn, and let Idlib get destroyed. Down with Assad'

Commenting on the meeting, the Turkish presidency confirmed in a statement that both sides could not reach a deal.

“We strongly pointed out to the [Russian delegation] that the attacks against our observation stations in violation of the Astana spirit must be stopped at once,” it said, in reference to the agreement reached in 2017 aimed at stemming the conflict in northwestern Syria.

Ankara has deployed thousands of troops and convoys of military vehicles across the border to fortify its existing military posts.

The Kremlin said on Tuesday that all attacks on Russian and Syrian forces in Idlib had to stop.

Turkish officials did not rule out further talks with the Russians on Idlib.

Government forces have recaptured more than 600 square km of territory in northwest Syria since their new push to take over the last rebel-held bastion in the country started in December. They have recaptured dozens of towns and villages in recent days.

The advance has driven nearly 700,000 people further north towards the Turkish border.

"Since 1 December some 689,000 women, children and men have been displaced from their homes in northwest Syria," said David Swanson, a UN humanitarian spokesman. "That’s more than 100,000 people in just over a week."

Jens Laerke, from the UN Office for the Coordination of Humanitarian Affairs, called it “the fastest growing displacement we have ever seen in the country”.

More than three million people live in Idlib province and surrounding areas, half of them having been displaced from their homes by previous government offensives around the country.

Over half of Syria’s pre-war population of 20 million has been displaced since the war started in 2011.

Turkey says it cannot receive more Syrian refugees than the 3.6 million it already hosts, and has been supporting rebel forces to halt the government advances. 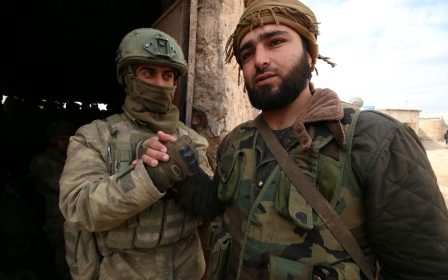