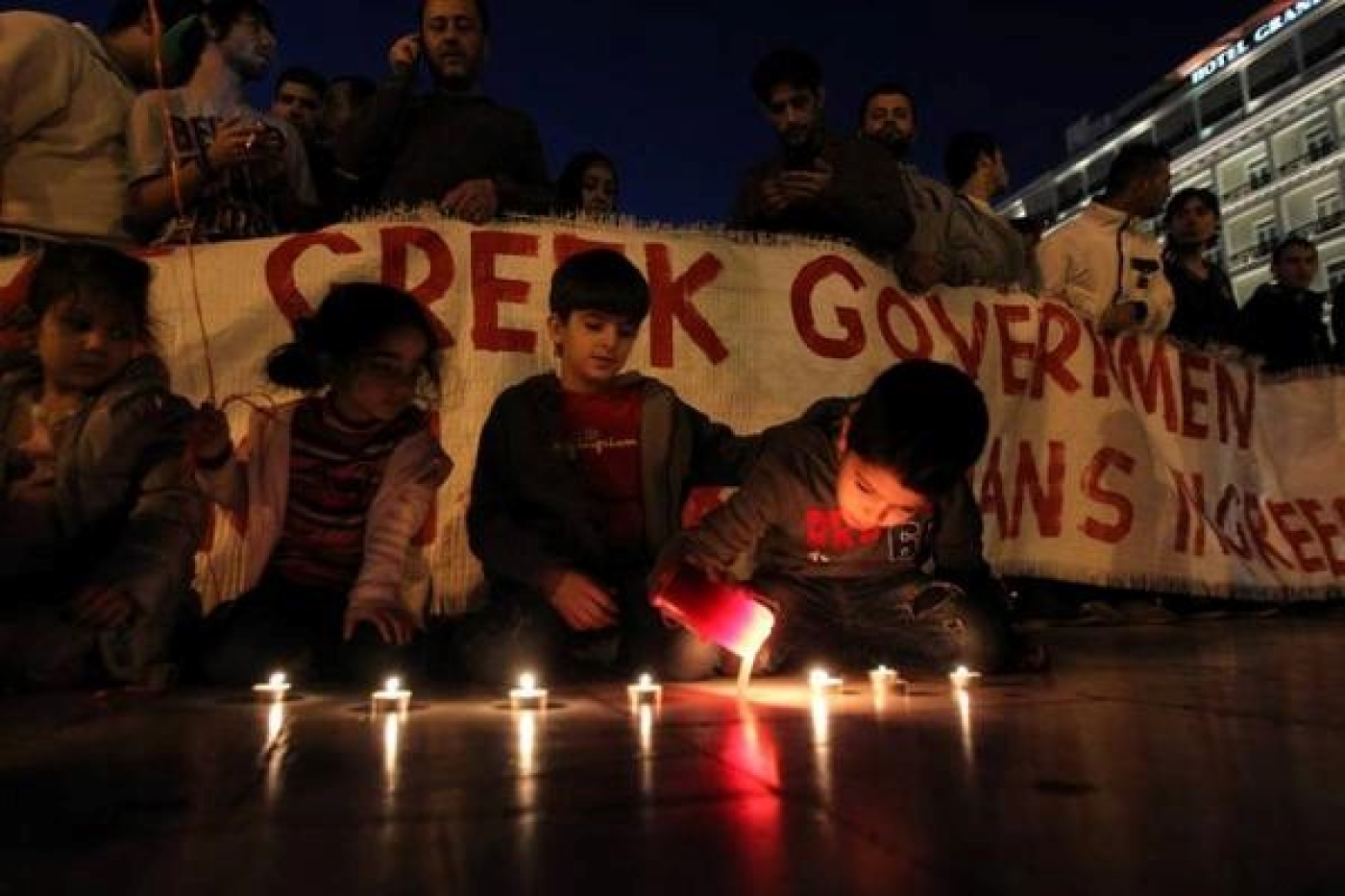 Syrian refugees in Greece are on the fifth day of a hunger strike at a sit-in in central Athens, calling on the government to recognise Syrians as “war refugees.”

Roughly 200 refugees from war-torn Syria, who now mainly live in cramped detention centres, gathered in Syntagma Square ten days ago, camping out in the open and sleeping on cardboard boxes.

The activists began their hunger strike on Monday, five days into the protest, calling for an end to what they called the government’s “indifference” over the issue of accommodating Syrian refugees.

The protesters have called for medical assistance and the right to work in the country, which has been in a precarious economic condition since the 2008 financial crisis.

Many have warned of a healthcare crisis in the country as a result of the imposed austerity.

In a press release on Friday, a collection of Greek healthcare professionals issued a call for solidarity with the refugees, calling on the government to ensure “Hostel of hospitality, feeding, health coverage” in accordance with an EU directive on the requirements of supporting war refugees.

“The EU countries are obliged to accept the war refugees, acknowledging the transit permit that Greece must grant to them, in order to go to any EU country they wish,” read the statement.

They also acknowledged that a hunger strike outdoors would be "dangerous."

In order to cope with the growing number of migrants and asylum seekers from Asia and Africa, the Greek government has converted former army barracks into detention centres, but these have been criticised for being overcrowded and a health risk.

The rise to power of the Neo-Nazi Golden Dawn party has further increased tensions around immigrants and refugees in Greece. The group has been notorious for violently attacking immigrants and was implicated in the 2013 murder of anti-fascist rapper Pavlos Fyssas.

Many have accused the Greek police of standing-by or even colluding in the attacks on immigrants.

In light of increasingly unstable circumstances, some protesters asked for permission to leave Greece and have access to other EU countries.

"Crisis-hit Greece alone cannot support the weight of accommodating war refugees," said Nander Halbuni, a representative of the protesters, according to Naharnet.

"The only solution for ourselves and our families is to have the right to go to another country to start a new life of dignity for our children," he told reporters.

Writing for the website Precarious Europe, journalist Daniel Trilling highlighted the obstacles put in the way of Syrian refugees.

“Greece’s asylum system is so dysfunctional that the European Court of Human Rights has ordered other EU member states not to send refugees back there,” he wrote.

“Refugees have trouble finding shelter and medical care, and are the targets of racist violence. Yet the borders remain closed to those without travel documents. Several refugees had stories of trying to walk through Macedonia and Serbia, to the north of Greece, but getting turned back by soldiers. As they wait and watch their money drain away, they see the prospect of rebuilding their lives get increasingly remote.”