Syrians have found a warm welcome and safety in northern England, though they are watchful of racist assaults such as in Huddersfield 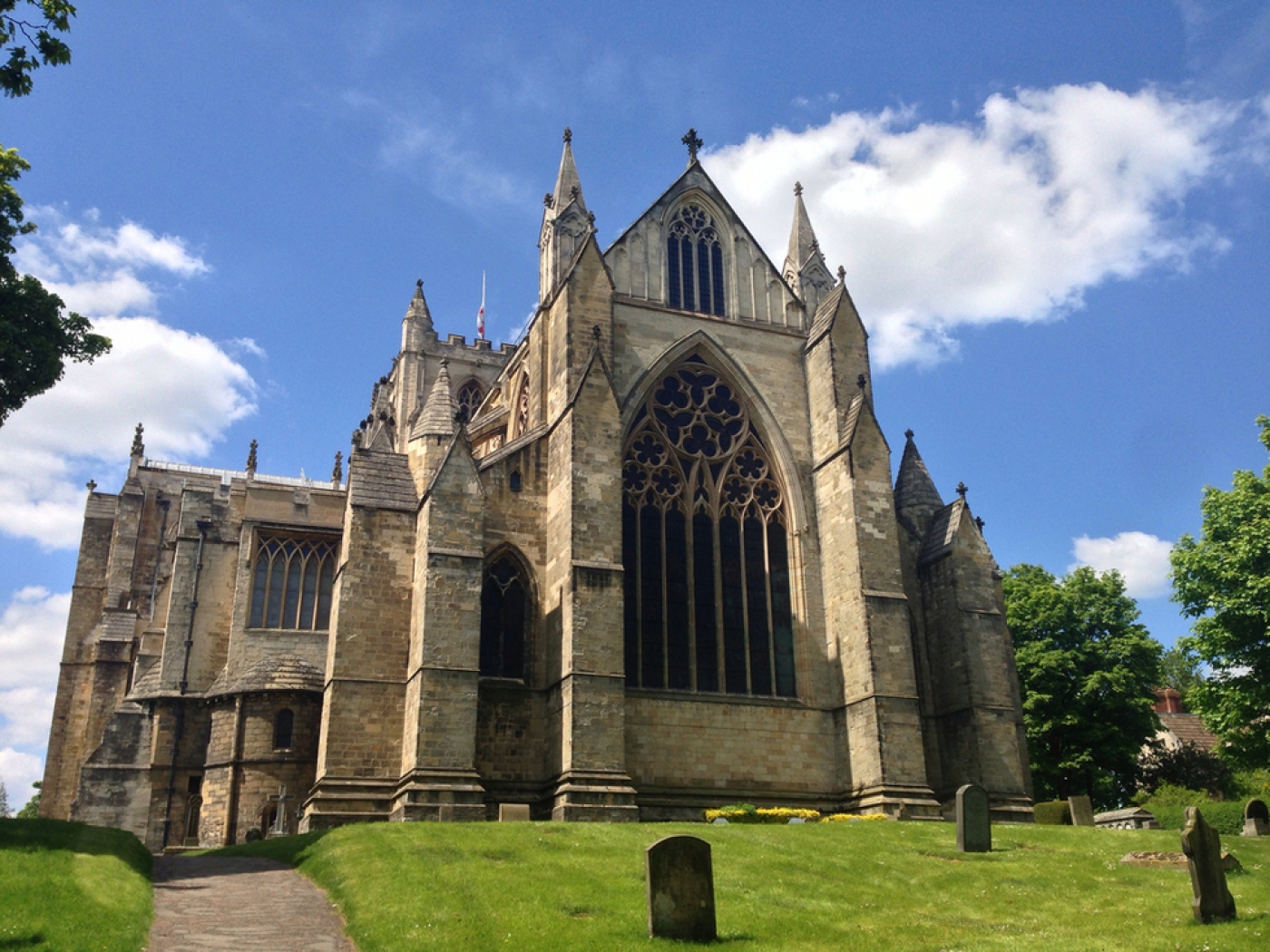 RIPON, England - Sleepy Yorkshire and war-torn Syria are separated by around 4,500km, but for refugees in northern England they could be worlds apart.

However, the case of Jamal, a 16-year-old Syrian boy who has said he "doesn't feel safe" at school after disturbing footage of him being violently bullied in Huddersfield was circulated in November, has raised awkward questions about the welcome refugees in northern England and elsewhere in Britain have received.

The video of Jamal's ordeal, in which he is seen being hauled to the ground by a student and mock waterboarded, elicited a strong response from the British public, who have raised £157,665 ($199,000) on a crowdfunding page in solidarity.

The incident clearly shocked people across the country, but it also raised eyebrows amongst other Syrians in Yorkshire, some of whom were surprised to see such open xenophobia in Britain, and worried that it could be part of a rising trend.

British people have been kind to us and courteous from the moment we arrived, and they have helped us to move on with our lives

"British people have been kind to us and courteous from the moment we arrived, and they have helped us to move on with our lives," Oday Khyara, a Syrian refugee in Yorkshire's Ripon, told Middle East Eye.

According to Khayra the video of Jamal's bullying doesn't represent the British public, and is not a typical experience.

That is not to say settling into life in Britain has been easy, however.

From language barriers to struggles finding employment, swapping Syria for northern England has proved a challenge for many refugees.

Mohammed Zouhair, a 34-year-old man from the central Syrian province of Hama, has also been settled in Ripon.

When Zouhair signed up for the United Nations's refugee resettlement programme in Lebanon, which he fled to from Syria in 2012 as war engulfed his country, he never imagined that he would find himself in a quaint cathedral city in North Yorkshire.

A plumber by trade but currently volunteering in an Oxfam charity shop, Zouhair did not participate in the protests or battles that marked the early years of the Syrian revolution.

But the sheer brutality of the Syrian government did not distinguish between activists and civilians, he said, so he knew that his family were not safe in their country.

When he was told he had been drafted into the Syrian army, Zouhair decided to escape.

"Someone told me that my name was on an army draft list and that within two months the list would be on all the border crossings, so I left and my family followed me two months later," Zouhair said. "I had to leave Syria."

Life as a refugee in Lebanon is hard. The country of 4 million people has since 2011 hosted more than one million Syrian refugees, many in squalid, informal camps.

"The UN gave us [his family] $150 aid monthly, and I was working as a plumber in Beirut. In winter they'd give us $400 to buy fuel for heating in cold weather," Zouhair said.

Like thousands of others, Zouhair sought to be resettled in the West, where he expected a more comfortable and welcoming life.

When he was told his family had secured a place in France, however, Zouhair hesitated.

"There was a warning," Zouhair said. "The woman [who worked for the UN] said that in France my wife couldn't wear a hijab in her passport picture, or in any state school or institutions. So I declined the offer right away."

The UN employee called him again to make sure there was no misunderstanding. But Zouhair again declined, preferring to stay in Lebanon.

"In the third call, she told me that the destination had changed and it was now the UK. I asked her if the UK was like France. She said no, and I was happy about that answer," Zouhair said.

Zouhair said the French laws on Islamic dress conjured bitter memories of his time in the Syrian army, which he was forced to serve in from the ages of 18 to 21.

"If you dare to pray during your draft or service in the Syrian army, or even let your beard loose, you'll be tortured and punished. I don't want to live again in a country that doesn't respect people's beliefs," he said.

With no such regulations in the UK, Zouhair and his family soon found themselves on a plane to Bradford airport, for a new life in Yorkshire.

At the height of Europe's refugee crisis, and in large part in response to the outcry over the death of young Syrian boy Alan Kurdi in the Aegean Sea, then-Prime Minister David Cameron announced in 2015 that the UK would take in 20,000 Syrian refugees.

So far, just over half of that number have been found homes in Britain, with many being settled in some of the country's more deprived areas.

Yorkshire and the northeast are two of the poorest regions in England, and "have taken three times as many [Syrian] refugees relative to the population as the two wealthiest regions, London and the South East," according to a recent BBC analysis.

I was shocked to see UK border officers smile, and local people welcoming us with kindness. I was prepared for the worst but not for this courteousness

North England has been broadly welcoming for Zouhair and Khyara, who arrived together in the same plane.

Zouhair admits that he was shocked when arriving at Bradford airport in a plane with around 300 other Syrian refugees.

"A few hours earlier we were in Rafic Hariri International Airport in Beirut, where the Lebanese security was grumpy, no smiles, and made us feel guilty for being refugees," he said.

"I was shocked to see UK border officers smile, and local people welcoming us with kindness. I was prepared for the worst but not for this courteousness."

From the moment they arrived in Ripon, Khayra said, the British government facilitated everything.

During his first days in Ripon, Zouhair recalls feeling "mute".

"We had not a single word of English and so I and my family managed to speak to people with signals. Now my children act as my translators when I have to do something," Zouhair said.

Both men hope for that situation to improve soon, and they, along with their wives, take English lessons four days a week.

Zouhair said he has experienced nothing like the vitriol handed out to Jamal in Huddersfield, which is 50km from Ripon.

"Despite the fact that our clothes show we are Muslims, and they know that we are refugees from Syria, no one insulted us with a word or said anything to hurt our feelings," Zouhair said.

However, one Syrian family in the town of Harrogate, half an hour by bus from Ripon, told MEE that a racist assault recently happened in the school one of their daughters attend.

Much like with Jamal's case, the incident is under investigation by the police. As a result, the family do not wish to be named, nor do they want to disclose more details.

A stitch of hope for Syrian refugee women
Read More »

MEE understands from Syrian families in Yorkshire that when racist attacks happen, the police take charge of the complaint and request that the media is kept away from the incident. According to Syrians MEE has spoken to, incidents are often kept under the radar by the authorities, and complaints drag on for a long time before being resolved.

Jamal's bullying, for example, happened a month before the story became public, and though the police knew about it, they only took effective action after the video went viral.

Zakaria Battal, a Syrian refugee from Afrin city in northern Syria, said that when he saw Jamal's video he feared the rise of a xenophobic atmosphere similar to the one faced by Syrian refugees in Lebanon.

Lebanon, a tiny country neighbouring Syria, is having its already poor infrastructure severely strained by the enormous number of refugees it hosts, contributing to rising tensions between the communities.

In September, a report on Lebanon's MTV channel quoted a doctor saying that the high number of Syrian refugees in the country was behind a recent rise in cancer cases in the country. Despite the dubious science behind the claim, the report caused an uproar in the country.

"In Lebanon, you don't feel safe when walking in the street because there is a prevalence of racism, and I don't want this to happen here," Battal, who lives in Harrogate, told MEE.

Battal is a father of three children, one of them born in the UK. He is now working as a chef, his profession by training, and has started a catering business.

And though he worries the streets of Britain might become unwelcoming and even dangerous, the fate of his hometown Afrin, which has been conquered by various different warring parties throughout the war, is a lesson that anywhere is safer than home.

In 2013, Battal's mother died during an Islamic State group (IS) siege of the city, and he was unable to bid her a farewell or attend her funeral.

"On the telephone, she told me not to visit Syria, even if she died, as I would lose my life if I did," Battal said.