Islamic scholar Tariq Ramadan has been charged with rape and remanded in custody, a judicial source said, following claims by two women that he assaulted them in French hotel rooms.

Ramadan, who was arrested by French police on Wednesday, was charged on Friday with rape and rape of a vulnerable person, the source said. He has denied the charges.

French police arrested Ramadan on Wednesday and have been questioning the 55-year-old Oxford academic for two rape allegations that were filed against him in October.

A woman named Christelle came forward and told the police that Ramadan had sexually assaulted her in a French hotel room in 2009.

Christelle told a French TV show last year that Ramadan assaulted her for "several hours" and that she "feared" for her life during the encounter.

"He hit my crotch. He made me fall and picked me up by the hair... Then it was hell. Blows. Sexual violence... The more I screamed, the more he hit me," she said.

In her testimony, she described Ramadan's anatomy and told French police that he had a scar on his groin, according to police sources who spoke to the Times.

Ramadan told his questioners that he did meet Christelle for half an hour in a hotel lobby, but denied having sexual relations with her. He confirmed however that he did have a scar on his groin.

Earlier this week, another woman also came forward and told French police that Ramadan had allegedly raped her in a French hotel room in 2012. Ramadan has also denied that claim.

Following these claims, French prosecutors informed Ramadan that he was being placed under criminal investigation.

Ramadan took a leave of absence from his post as professor of contemporary Islamic Studies at St Antony's College, Oxford.

On Thursday, a UK-based Islamic group abandoned plans to host Ramadan for an event at Queen Mary University in London.

Responding to further allegations in Swiss media of sexual misconduct against teenage girls in the 1980s and 1990s, Ramadan said: “Anonymous allegations have been made against me in Geneva accusing me of the abuse of students who were minors nearly 25 years ago. I categorically deny all these allegations.” 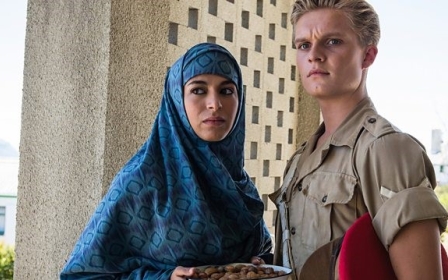