The Last Post: The Arab in the background of BBC colonial drama

Tanushka Marah
The Yemen set drama told the story of the British soldiers and their wives in the last years of British rule, but its Arab characters did not really get a look in 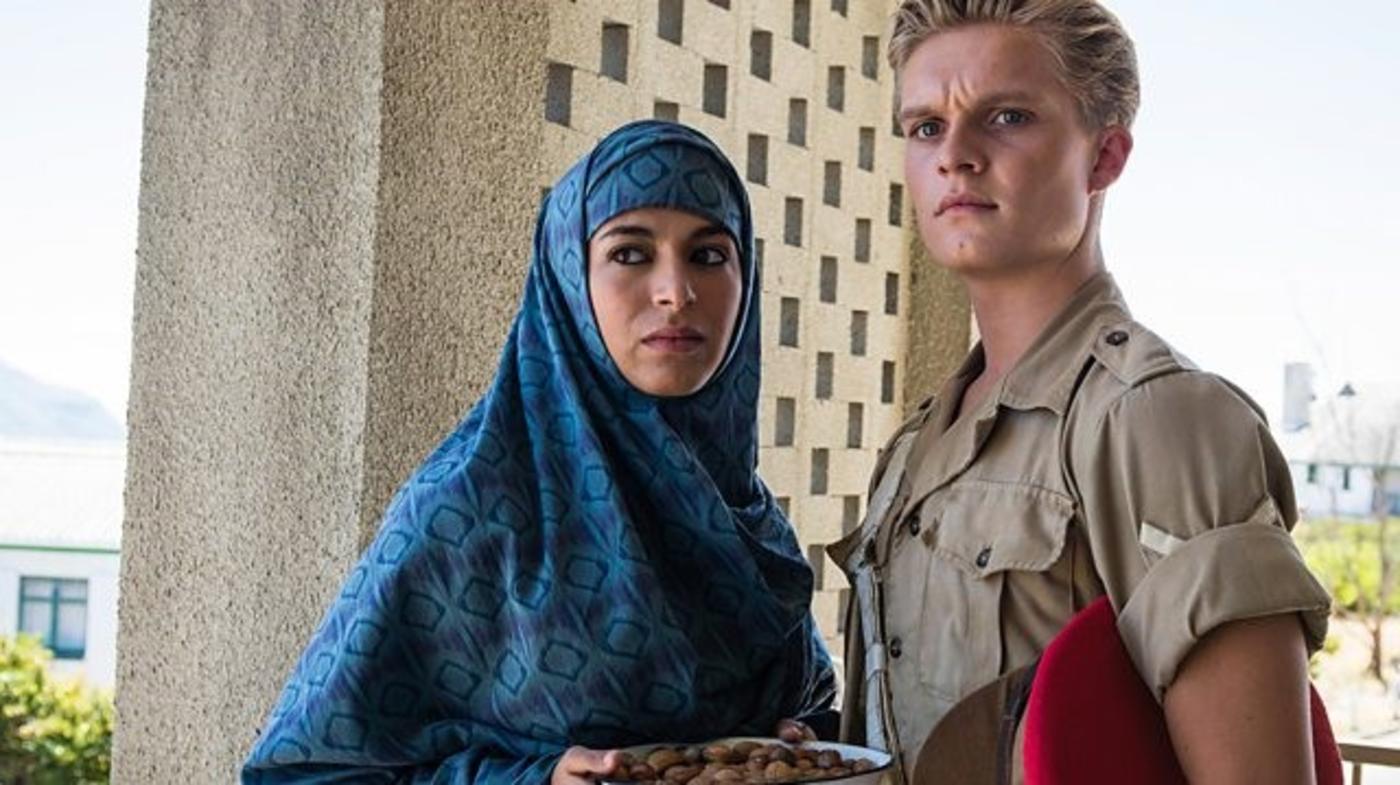 At a time when Yemen is facing famine and cholera brought on by a British-backed war, our public broadcasting company decides to schedule The Last Post - a heroic, humanised colonial drama set during the dying days of British-ruled Yemen.

Under Queen Victoria, Britain seized Aden as a major strategic port and held the surrounding protectorate for 130 years until its forced withdrawal in 1967.

The drama takes place during the state of emergency imposed as anti-British and anti-colonial sentiments were growing and while the RAF were bombing Yemen rebels.

Filmed in Cape Town, Yemen is the backdrop to this genuinely engaging narrative written by Peter Moffatt. We delve into the complex lives of members of the British Army and their pretty wives as they struggle with the heat, the Arabs and the minutae of family life.

My week as a Muslim: The real story is never told
Tahir Abbas
Read More »

Whilst we enjoy this sometimes sentimental yet watchable drama displaying accurate detail of British fashion and style of the time, Arabs appear as curly-whiskered villains, rolling their 'r's over Moroccan tea as some South African actors work their best to look and sound Arabic in the landscape of South Africa.

Meanwhile, as we get to know these strong-chinned British boys, their struggles with class, family dynamics and life with the army, we know nothing of the people fighting to take their country back or what life was like for the Yemenis living under British rule.

Somehow the urge to free one's own people from colonialism is presented as the radical wish of one ruthless extremist. So the leader of the southern Yemeni National Liberation Front (NLF) smirks wickedly as he sips coffee after kidnapping a child and beheading a British soldier.

Elsewhere the young English girl with coiffured hair, played sensitively by Jessie Buckley, lets one tear carefully drop onto her vintage white blouse as her husband faces court martial for doing a private deal with the rebel leader to save the boy.

If half the care that had been put into costume and period make up had been invested in the Yemeni characters, maybe we could have moved towards some actual representation of the colonised instead of 1970s throwback villains and exotic beauties.

We witness the NLF atrocities, the kidnapping and threatened execution of a child, and the terror faced by informers. A nod is made to the British brutality in army prisons (this was reported by Amnesty in 1966) but it is quickly justified as the only way to protect the fair-minded British in the land of the savages.

There is a Muslim female character, which is exciting, played by the stunning and excellent Ouidad Elma. Yuzra's predominantly silent role is performed with depth, expression and determination, but the positive of having an Arab female protagonist does not excuse her lack of backstory or character development.

We know Yusra is poor, mysterious and brave. Just like in a fairy tale, she is trapped in the old cliché of the beauty in the desert.

The forbidden love interest is between her and a young British soldier, played by Tom Glynn-Carney. Elma is allowed no screen time to mourn her entire family burned alive as punishment for her helping free the little English boy captured by the rebels.

No, there is romance to fill as she kisses the blonde soldier and, just like in a James Bond film, the exotic beauty is shot pretty soon after. I guessed it to the second and she had about a dozen after the kiss.

By contrast there is plenty of time to delve into the travails of Alison Laithwaite, faultlessly performed by Jessica Raine, who is pregnant through an affair, can't stop drinking and is desperately seeking an abortion.

Through her we see the lives of the army wives and the sexism of the time, as well as the class struggle within the army, but strangely, a colonial drama set in Yemen doesn't even touch upon race.

I felt hopeful after watching Channel 4's The State earlier this year which led the way with sympathetic and complex Arab and Asian protagonists rather than throwbacks to colonial-era stereotypes.

The dialect was perfect to the region, accents were faultless and everyone genuinely played their nationality, no handy swapping of brown-skinned actors. Yet these characters were off to join a death cult and we felt for them deeply without understanding their motives.

So it ought to have been that much easier with The Last Post to create sympathetic characters among people involved in anti-colonial struggle wanting to free themselves and country from foreign rule.

As the NLF grew in strength and militancy, and successfully pinned down Britain's 30,000-plus army, London made hurried preparations for withdrawal from Aden and soon after, from the wider Middle East.

The Last Post barely hints at this imminent end of empire.

Three decades on Blair took us back in again with the Iraq war despite the biggest march against it on British soil. It is this very contemporary issue of British military occupation and war on Arab soil that makes the dramatic failure of programmes like The Last Post so problematic.

This is not just an obscure colonial adventure but says a great deal about our current relationship with the Arab world. Britain appears to have learnt nothing.

The UK today is firmly back in the Gulf making huge profits in support of the Saudi war in Yemen, and our proud soldiers are once again assisting in the bombing of the region's poorest country.

This makes it all the more disturbing that the BBC think its audience are up for a bit of sweet vintage colonialism. Perhaps the Beeb should stick to Call The Midwife where nostalgia for the good old days comes dressed in a nurse's uniform rather than that of a squaddie sent to Yemen to fight the Arabs.

- Tanushka Marah is a British-born Palestinian-Jordanian theatre director, actor and teacher. She was a winner of the Young Vic director awards in 2002 and won the Brighton Fringe Outstanding Theatre Award 2017 for Agamemnon. She has directed productions at international festivals in Europe and toured extensively in the Middle East.

Photo: Ouidad Elma and Tom Glynn-Carney in The Last Post. The positive of having a Muslim female protagonist does not excuse her lack of backstory or character development (Courtesy of BBC1) Islamophobia
'My Week as a Muslim': The real story is never told
Tahir Abbas Diplomacy
What do the tweets of British diplomats tell us about UK Middle East policy?
Peter Oborne Islamic State
'The State': A horror story that says nothing about why Brits join IS
Tahir Abbas