Theresa May heading to Saudi Arabia after surprise Baghdad visit UK Prime Minister Theresa May arrived in Baghdad for an unannounced visit on Wednesday before heading to Saudi Arabia as part of a three-day Middle East tour.

It was the first visit to Iraq by a British prime minister since 2008 during which she made a tour of the Taji military base near Baghdad, where British forces are based.

The UK has around 600 troops in Iraq mostly training government forces who have been fighting the Islamic State group.

May met Prime Minister Haider al-Abadi, as part of a three-day visit to the region as the UK looks to strengthen relations with Middle Eastern countries in the wake of Brexit.

May said the risk of the dispersal of IS fighters following the collapse of the "caliphate" in Iraq and Syria was a priority. “As we deal with Daesh it’s not just about military action that is taken. It’s about addressing the terrorist threat across a whole range of aspects we need to deal with, including, for example, access to the internet,” she said, using the Arabic acronym for IS.

The visit comes after Iraqi forces backed by an international coalition including Britain ousted the Islamic State group from swathes of Iraq it had controlled since 2014.

The meeting also came two months after Iraqi Kurds overwhelmingly voted for independence in a referendum bitterly contested by Baghdad and following which Kurdish forces were routed by government forces.

Hamada said the British premier had "reiterated her support for the unity of Iraq" and the UK's "admiration for Iraqi victories and great courage" in the battle against IS.

The leaders also discussed "efforts to restore stability and economic cooperation while respecting the unity of Iraq and its constitution," he added.

The visit to the Middle East is being billed as an opportunity for the UK to increase its influence in the region ahead of Brexit.

After arriving in Jordan on Tuesday night, May said that she was determined to "forge a bold, confident future for ourselves in the world," after the UK leaves the EU in 2019.

She is due to visit Saudi Arabia later on Wednesday for talks with Britain's largest business and military partner in the Middle East. May faces growing criticism at home over the government's continued supply of weapons to Saudi Arabia during the two and a half years of its war in Yemen.

Before her departure May told the BBC she was going to “give a very clear message to Saudi Arabia” that the Yemeni port of Hodeidah must be reopened to humanitarian supplies.

“I am very concerned about the humanitarian crisis that has developed in Yemen, particularly most recently.

“That is why one strong message I will be giving to Saudi Arabia tonight is that we want to see Hodeidah port opened for humanitarian and commercial access, that is important.”

The spokesperson, however, refused to comment on whether May will question Salman on allegations that he ordered the torture of senior Saudi princes and prominent Saudi businessman arrested in the recent purge. 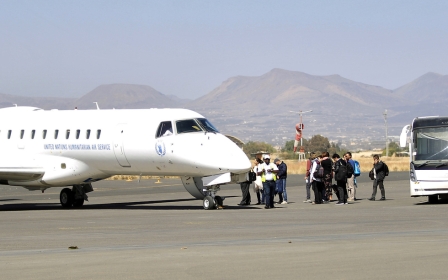 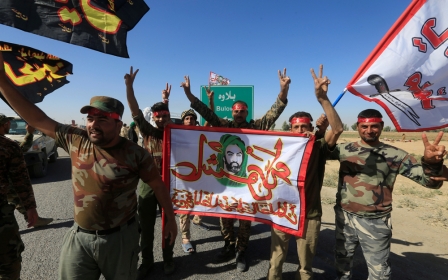