Tonnes of vaccines are landed in Sanaa, but shipments of food and medicine to the rebel-held port of Hudaida remain blocked A UN plane carrying desperately needed vaccines landed in the rebel-held Yemeni capital Sanaa on Saturday after a three-week, Saudi-led aid blockade that had sparked warnings that thousands of Yemenis could die in the absence of aid.

Three other aircraft - two carrying UN aid workers and one carrying International Committee of the Red Cross staff - also landed at the airport, which was repaired earlier this week after a Saudi-led air strike knocked out its controls, an AFP correspondent reported.

The UN humanitarian affairs office had said on Friday that it had been given clearance by the Saudi-led coalition that has been fighting the rebels since 2015 to resume flights into Sanaa.

But it added that desperately needed shipments of food and medicines to the rebel-held Red Sea port of Hudaida remained blocked.

The UN Children's Fund said Saturday's flight was carrying more than 15 tonnes, or 1.9 million doses, of vaccine for diphtheria, tetanus and other preventable diseases.

The World Health Organization confirmed earlier this week that diphtheria was spreading as children went unvaccinated, and doctors in Hudaida reported three deaths.

More than 2,000 people have died of cholera in Yemen this year, adding to the 8,600 who have died in the conflict between the Saudi-backed government and the rebels since 2015.

The aid blockade, put in place after the rebels fired a missile which was intercepted over Riyadh airport, has tightened the stranglehold on Hudaida, the conduit for UN supervised deliveries of food and medicine to rebel-held territory. 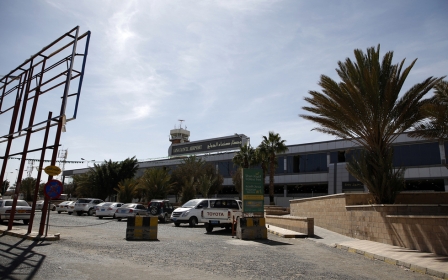