'They started to die together’: Can Egypt protect migrants in 2017?

Egyptian officials have begun to discuss migration on sidelines of international meetings - will Cairo change its attitude? Mohamed Hassan had been rootless for nearly a quarter of a century. Displaced from his home in Somalia in 1992, the thirtysomething refugee moved from camp to camp in Somalia before migrating to Yemen. He lost his father, a former security official in Somalia, on the migration trail and later wrote a book condemning Islamist factions back home.

Unable to return to see his mother and son, Hassan only wanted to reach Europe to bring his family over and reunite.

Hassan was undeterred, even when his wife died in the waters between Italy and Libya as she tried to cross the Mediterranean earlier this year. Instead he headed to Egypt, bound for Europe.

On seven previous occasions Hassan tried to cross the Mediterranean, but each time he was stopped by either law enforcement or inclement weather. He had some near-misses, including a boat capsizing after he boarded it off the coast of Rosetta in northern Egypt in September.

“I was the last person who got on the boat, the last man,” said Hassan, explaining how smugglers had transferred them from a smaller vessel. It’s a common tactic used by Egyptian smugglers to avoid detection along the 200km of Mediterranean coastline between Alexandria and Damietta.

But once on the larger ship, Hassan immediately realised he was sitting in water. “The captain said straight away: ‘The boat is going to sink.'”

'The captain said straight away: 'The boat is going to sink''

They tried to balance the passengers on either side, but the boat pitched. Hundreds fell into the water. People were shouting in a “very, very, very… scared voice that I never want to hear again,” said Hassan, remembering those first moments in the black midnight water. “They were holding on to one another, and they started to die together.”

The Egyptian coastguard and armed forces were criticised for not responding quickly enough, in spite of the fact that the migrants phoned relatives back on shore to warn them what was happening.

READ: Tech can help refugees, the problem is connectivity

Those relatives tipped off the authorities, yet there was no swift response. Fisherman led the rescue effort. The Egyptian interior ministry declined to respond to MEE requests for comment.

Hassan said: “I saw an Egyptian man who saw his own dead son in the water. I watched him as he kissed [his son] goodbye and put him back into the water, saying: ‘Goodbye, my son.'" He recalled how people were dying every 20 minutes or so. “There were two other boys swimming who lost their energy and one said: “Make yourself ready [for death].”

One of the boys started praying, and then died. His friend followed him, disappearing beneath the water five minutes later.

Hassan was one of the lucky ones. The Rosetta tragedy claimed more than 200 lives, many of them Egyptian migrants, men and women, unaccompanied minors, even whole families looking for a new life in Europe.

Such incidents were repeated across the waters of the Mediterranean in 2016. The International Organisation for Migration (IOM) has currently counted 4,742 deaths in the waters this year.

It was the largest loss of life in 2016, as at least 500 people died and just 37 survived. The boat was lost for almost a week - officially, it didn’t exist - before coastguards and officials acknowledged the extent of the tragedy. Many of the dead were Somali teenagers who’d set out in the hope of a better future in Europe.

It became known as the “forgotten shipwreck” until a joint investigation by the BBC and Reuters. The boat had originally set out from Egypt - not Libya, as was widely reported - pointing to Egypt’s growing role in the Mediterranean migration crisis.

Fardosa Mohamed, a mother-of-two originally from Somalia, had attended English and craft lessons at a Somali community centre in Nasr City, Cairo, not long before the ship departed. Then she disappeared.

'They had this great ambition to reach a stable, peaceful place where they could create a new life. Instead, unfortunately, they drowned in the sea'

Ibrahim Omar, who runs the Somali Association For Women and Children (SAFWAC) community centre, remembers several Somalis like Fardosa. They had all been living in Cairo for some time, but turned to the Mediterranean, frustrated by the long waits for resettlement from the UNHCR.

“Everyone was shocked,” Omar said. “[People] left their homes because of a lack of safety… and they had this great ambition to reach a stable, peaceful place where they could create a new life. Instead, unfortunately, they drowned in the sea.”

“It’s like the English proverb: ‘Out of the frying pan and into the fire’.”

Egyptian officials have noticeably begun to discuss migration on the sidelines of bilateral or international meetings this year, hailing Cairo’s commitment to tackling the migration crisis.

Speaking at the UN’s first international summit on migration and refugees in September, President Abdel Fattah al-Sisi emphasised “Egypt’s commitment to supporting efforts in dealing with the migration issue”.

Officials say the main evidence of that comes with a landmark migration bill, approved by Egypt’s parliament in mid-October, that will outlaw people smuggling for the first time.

It will not be until 2017 when the anti-smuggling bill becomes law, and the willingness and capability of Egyptian security forces to take down smuggling networks on the north coast can be scrutinised.

“We don’t know what the implementation of the [anti-smuggling] law will be," said Marie Martin, migration and asylum policy officer at the Euro-Mediterranean Network for Human Rights (EuroMed). "It may well be that this law will be what it is on paper and completely different when it comes to being implemented."

READ: The story of a missing Mediterranean migrant

That disparity between what’s on paper and in practice may affect the rights of refugees and migrants, Martin added.

After the Rosetta tragedy, Egyptian authorities arrested at least four alleged smugglers in connection with the incident and recently referred two maritime officials to court for allowing the boat involved to operate without a licence.

However, in October Egyptian newspapers also reported on the dramatic arrest of an alleged eight-man smuggling gang operating out of a fish restaurant in east Alexandria. It later transpired that the five Sudanese suspects were relatives of the missing from Rosetta. They'd been eating in the restaurant after another day trying to locate their loved ones. Four were later deported to Sudan.

‘Enhanced cooperation' between Egypt and EU

Despite these doubts, the European Union and member states are trying to work more closely with Egypt on migration. Germany is also said to be engaging with Cairo specifically on limiting migration flows above and beyond the various bilateral and multilateral migration compacts of which the country is already a participant. But there are concerns within Brussels about future cooperation.

On 7 December, 23 MEPs submitted a letter to leading EU officials, including foreign affairs chief Federica Mogherini, raising “great alarm at Egypt’s accelerating repression and silencing of civil society organisations, including prominent Egyptian human rights defenders". The letter urged officials to raise this “at the highest levels of your dialogue with Egypt”.

Cairo's crackdown on civil society in particular “violates the very foundation of EU-Egypt cooperation”, the letter argued, citing Article 2 of the EU's Association Agreement with Egypt.

While Martin says that civil society concern about future Egypt-EU cooperation is “much wider than a migration one”, there are questions about whether the rights of refugees, asylum seekers and migrants will be protected as part of any future cooperation. Martin referred to migrants and refugees who find themselves detained or deported as of concern.

'I won’t go back to the sea, because I've seen the tragedy and passed by an experience of death. It’s not something I can try again because of what I've seen'

Aspasia Papadopoulou, senior policy officer at the European Council on Refugees and Exiles (ECRE) in Brussels, said that existing EU funds to Egypt are “all about creating and supporting self-reliance in employment and integration for the displaced and the communities around them… in an attempt to counter the need for people to leave Egypt.

“But this doesn’t mean that rights are safeguarded, or that it’s a safe place.”

Hassan isn’t sure what to do. Ideally, he doesn't want to stay in Egypt, but he refuses to try the Mediterranean again.

But what are the alternatives? Long resettlement waits, patchy assistance from UNHCR and the far-off chance of ever seeing his son again? “I have only one way,” admitted Hassan, “and that is to go back to Somalia.” He knows that isn't safe.

“I won’t go back to the sea, because I've seen the tragedy and passed by an experience of death. It’s not something I can try again because of what I've seen.” 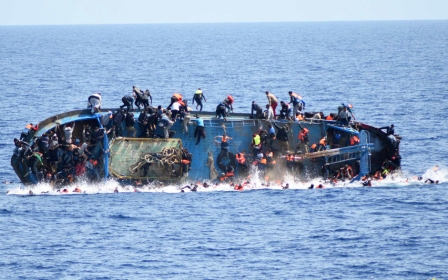 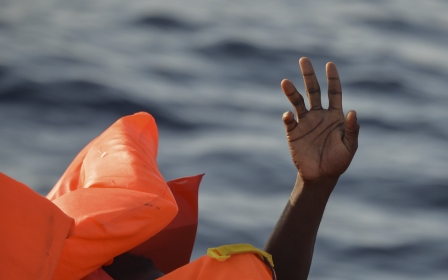