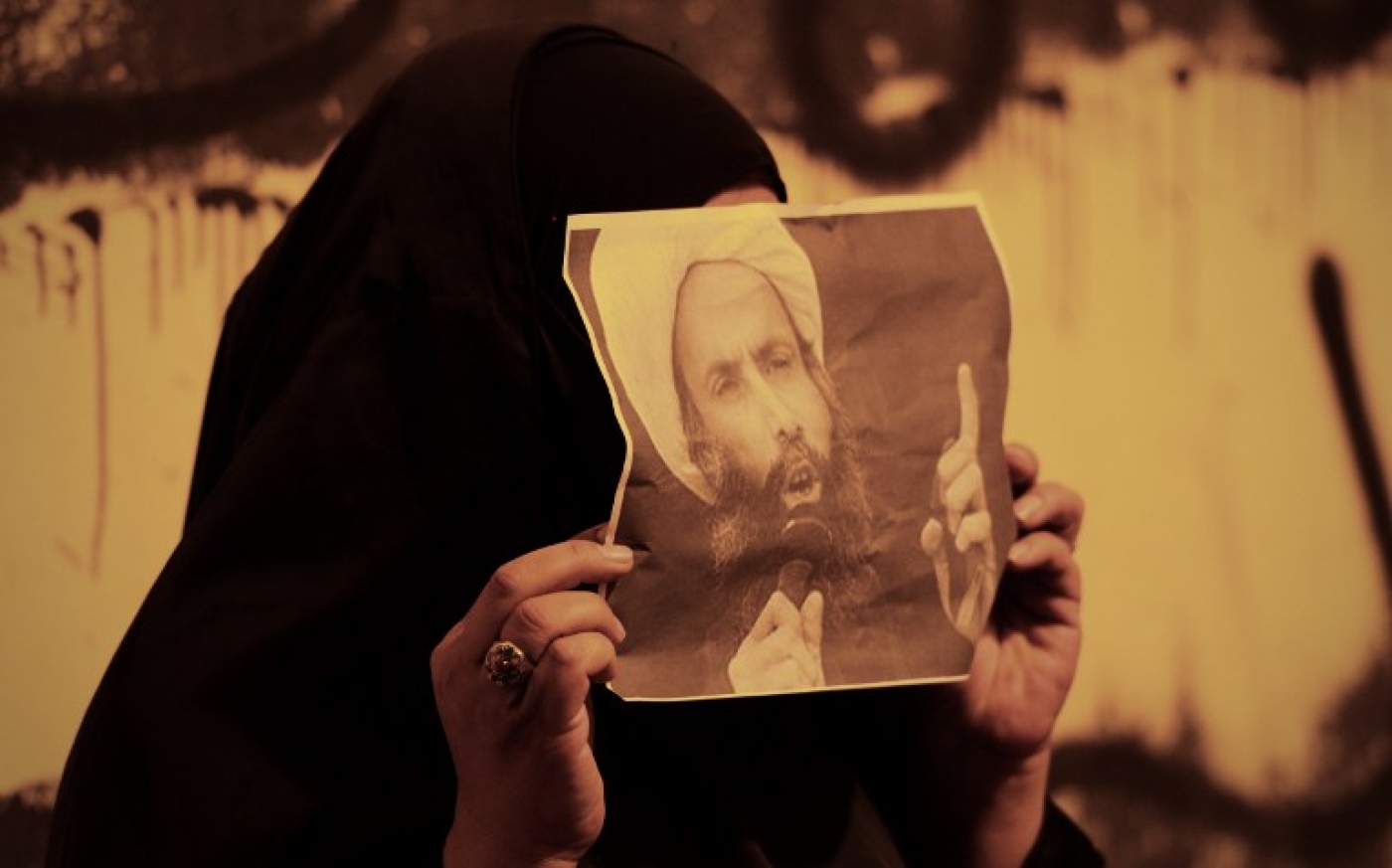 Thousands of people took to the streets of Saudi Arabia’s Eastern Province on Wednesday evening to protest a death sentence handed down earlier in the day against leading anti-government Shiite cleric Sheikh Nimr al-Nimr.

Activists told MEE the protest in Qatif province was peaceful and said another rally was planned for Thursday evening.

“When Sheikh Nimr was arrested in 2012, thousands of people took part in the biggest protest Qatif had ever seen,” said Ali Dubaisy, a Saudi human rights activist from the Eastern Province. “The protest on Wednesday against his death sentence can now be considered the second biggest – thousands of people were on the streets.”

There have been sporadic protests in the mainly Shiite Eastern Province for many years but they radically increased at the beginning of the Arab Spring uprisings in 2011, often leading to violent clashes with the security forces.

The Shiite community make up 10 to 15 percent of the country’s 28mn population and have long argued that the government discriminates against them and violates their human rights.

In 2009, Human Rights Watch released a watershed report which said authorities “systematically discriminate against its Shia citizens”, citing poor access to public education and government employment alongside unequal treatment in the justice system. The government denies this and has banned protests in the oil-rich Qatif province that they say are violent. The government has also accused demonstrators of having a “foreign agenda” and threatening national security.

Sheikh Nimr al-Nimr was a key leader of those protests, known for his firebrand speeches calling for the fall of the al-Saud monarchy and equality for the country’s Shiite community. He was arrested in June 2012 after being shot and wounded by police officers.

On Wednesday, he was convicted of numerous charges, including disobeying the king and calling for the collapse of the state, and sentenced to death – a punishment usually carried out by beheading. Fifty-nine people have been executed in Saudi Arabia this year, according to Human Rights Watch.

Analysts cautioned that it is unlikely authorities will carry out the death sentence due to the unrest it would almost certainly cause.

“The last Shiite political prisoner was executed in 1988. Authorities prefer to keep these people in prison and use them as bargaining chips – to keep detainees’ families quiet for example,” said Toby Matthiesen, a Gulf expert at the University of Cambridge.

“If Sheikh Nimr were to be executed it could very well spawn a new uprising, but this is exactly why I think Saudi authorities will not carry out the death sentence.”

Matthiesen said it is probable Shiekh Nimr will be sentenced to a lengthy term in prison, potentially even for life, and although the cleric may not be executed this has not dampened anger among his supporters.

“People believe Sheikh Nimr is in danger,” said Dubaisy, the human rights activist. “If he is executed, protesters will stop covering their faces and have no fear for their lives. The young people will not be frightened of being sent to prison or run from the bullets of the security services.”

Dubaisy said there are three legal stages left before Sheikh Nimr’s sentence is confirmed. The first is an appeal process, the second confirmation of sentence by the high court, and third the king must sign off on the punishment.

“This sentence was decided on by an individual judge – another one might have made a different decision. There is no specific penal code that determines what the punishment should be in this instance,” he said.

News of Wednesday’s provisional judgement was communicated by Sheikh Nimr’s brother Mohammed, who was later arrested and held in police custody. Dubaisy said he believed he was arrested in relation to his “media activities”.

Matthiesen said Mohammed al-Nimr played an important role as a bridge between the government and Shiite community.

“It is serious that Mohammed al-Nimr has been arrested. He is an important figure – he has been a key interlocutor between the Shiites and the government. He has been meeting senior royals for two decades, arresting him is a very worrying sign,” he said. “Authorities would have seen the Nimr family statement as an insult.”

Protests have died down in the Eastern Province in recent months, after a severe crackdown by security forces saw 22 people killed.

“Many of the protest leaders have been killed by the security forces,” said Matthiesen. “Repression is extremely fierce. Hundreds of people have been given lengthy prison sentences.”

“Protesters in the Eastern Province have tried for decades to gain more rights but they have failed so far. And violence hasn’t worked in that context either – it has been tried before by different groups but has only led to more repression. They are in a very tricky situation,” he said.

While Sheikh Nimr is known as a Shiite cleric, he has called for the fall of regimes across the Middle East – including that of Bashar al-Assad in Syria who is an Alawite, which is an offshoot of Shiism. Despite this, Matthiesen said, he is unlikely to receive much support from among Saudi Arabia’s Sunni community.

“Most people in Saudi Arabia don’t like him, the Sunnis see him in negative terms. If authorities did execute him, the decision would receive some support from across the country. That’s the awful thing about it.”

For some Saudi activists, however, they see hope in the country’s youth. They told MEE of emerging solidarity with Sheikh Nimr from young Sunnis in the country.

“From what I have seen on social media a lot of Sunnis are angry with the death sentence and do not accept it. People are wiser than in the past, they see beyond the government narrative. There is a big campaign on Twitter, with many Sunnis taking part, protesting the decision against Sheikh Nimr,” he said.

“I am a Sunni and I have received lots of calls from others Sunnis asking me: should we participate in the protests with the Shia or not? There are lots of Sunnis who want to take part in the protests.”

With more protests expected in Qatif in the coming days, Assiri urged restraint from the country’s security services.

“The security forces must remember the protesters are citizens just like the rest of us. They must not be violent in dealing with the protests. We should accept the protesters, they are angry at the government and it is true authorities have not respected the rights of these people. The police must accept that.”

The atmosphere is tense in the Eastern Province and the people are angry. The future too looks anything but positive with Matthiesen saying little has changed throughout decades of protest by the Shiite community.

“While there is the potential for organised violence should Sheikh Nimr be executed, the Saudi state is powerful and has more military force than any insurrection can have. We don’t know what will happen five, 10 years from now and this is certainly a conflict that looks set to continue.”

“Nothing has been resolved in the Eastern Province.”