Three killed as Iraqi protesters persist amid fears of 'bloodbath' 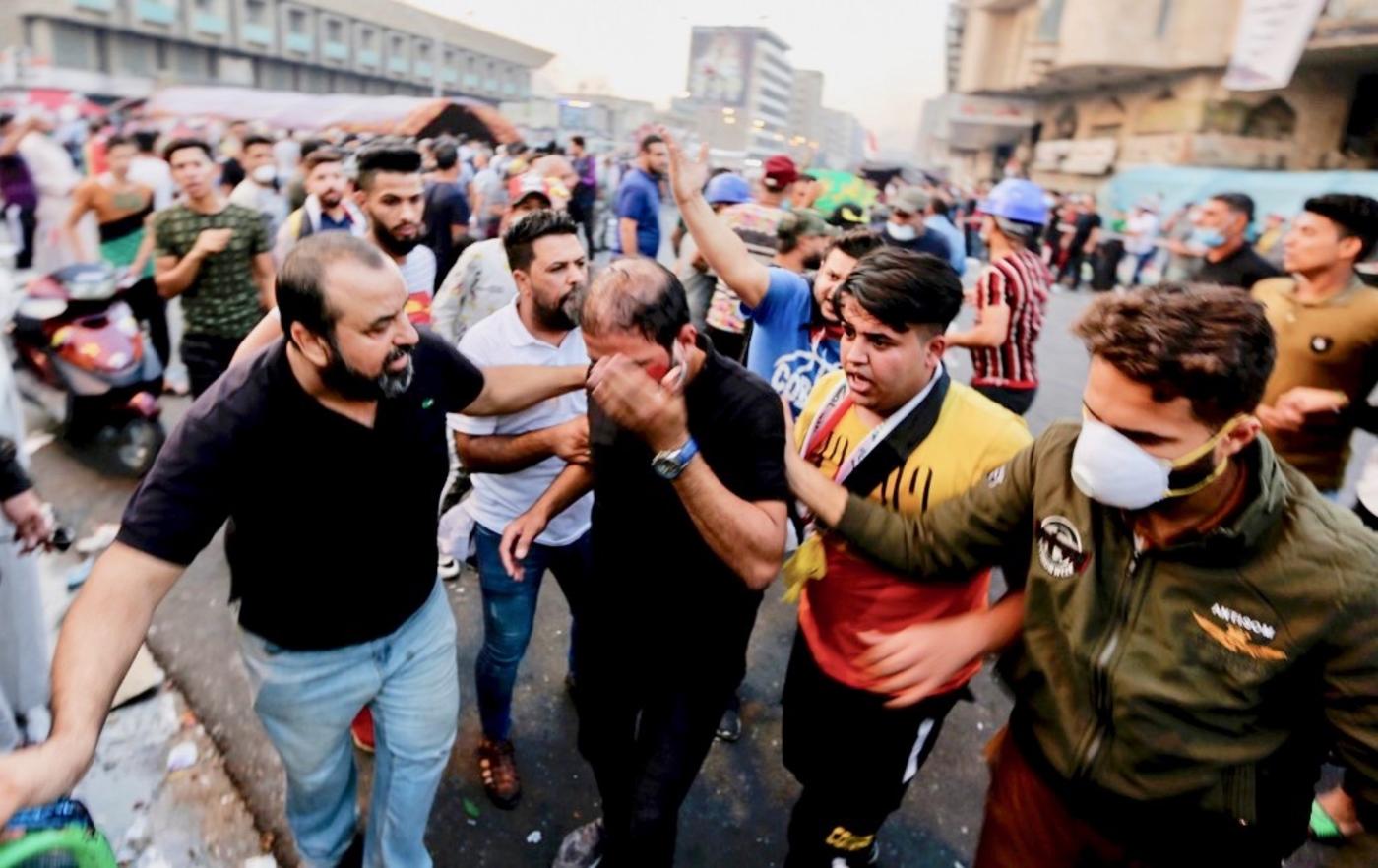 Iraqi anti-government protesters clashed with security forces on Sunday, leaving three dead and dozens wounded as a rights group warned a deadly crackdown may spiral into a "bloodbath".

Mass rallies calling for jobs, an end to corruption and an overhaul of the ruling political system have rocked the capital Baghdad and the Shia-majority south since 1 October, but political factions closed ranks this past week to defend the government, AFP said.

The government has proposed a series of reforms in response to the demonstrations, including hiring drives, welfare plans, a revamp of the electoral law and constitutional amendments.

Still, it has resisted calls for an overhaul of the entire system, with rival political forces closing ranks around embattled Prime Minister Adel Abdul Mahdi. The consensus among the elite may have paved the way for a crackdown. On Sunday evening, three protesters were shot dead by security forces in the southern city of Nasiriyah, while dozens of demonstrators were wounded in Baghdad.

The three deaths brought the toll to 15 protesters killed since Saturday, after nine were slain in Baghdad and three in the southern city of Basra when security forces cleared out protest sites.

In the first official toll in days, parliament's human rights committee said 319 people have been killed since protests first erupted, including demonstrators and security forces.

"This is turning into nothing short of a bloodbath," said an Amnesty International official.

Under pressure from powerful Shia religious authorities, Abdul Mahdi has recently pledged more serious changes, including electoral reforms and has recognised the legitimacy of peaceful protest, according to Reuters.

Iraqi leaders agreed at a meeting in Baghdad on Sunday that imminent electoral reform should give a greater chance for youth to participate in politics and break a monopoly on power by political parties that have dominated state institutions since 2003, state media reported. Iraq has suffered decades of war, sanctions and more recently sectarian violence, though the current protests are free of sectarian rhetoric, being directed by mostly Shia protesters against a government dominated by Shia politicians and allies of Iran.

Warning that a "climate of fear has set in", the United Nations Assistance Mission for Iraq (UNAMI) proposed a series of steps to end the crisis.

It called for "maximum restraint in the handling of the protests, including no use of live ammunition”, as well as banning the improper use of non-lethal devices including tear gas canisters, which have resulted in deaths when fired directly at protesters.

UNAMI also urged the release of demonstrators and called for an investigation into the abductions of activists and doctors, who rights groups say have been taken by security forces or armed groups.

Additionally, it proposed longer-term measures including implementing electoral and constitutional reforms, prosecuting those involved in corruption and enacting laws to prevent it.

Oil-rich Iraq is OPEC's second-biggest producer, but one in five people live in poverty and youth unemployment stands at 25 percent, the World Bank says.