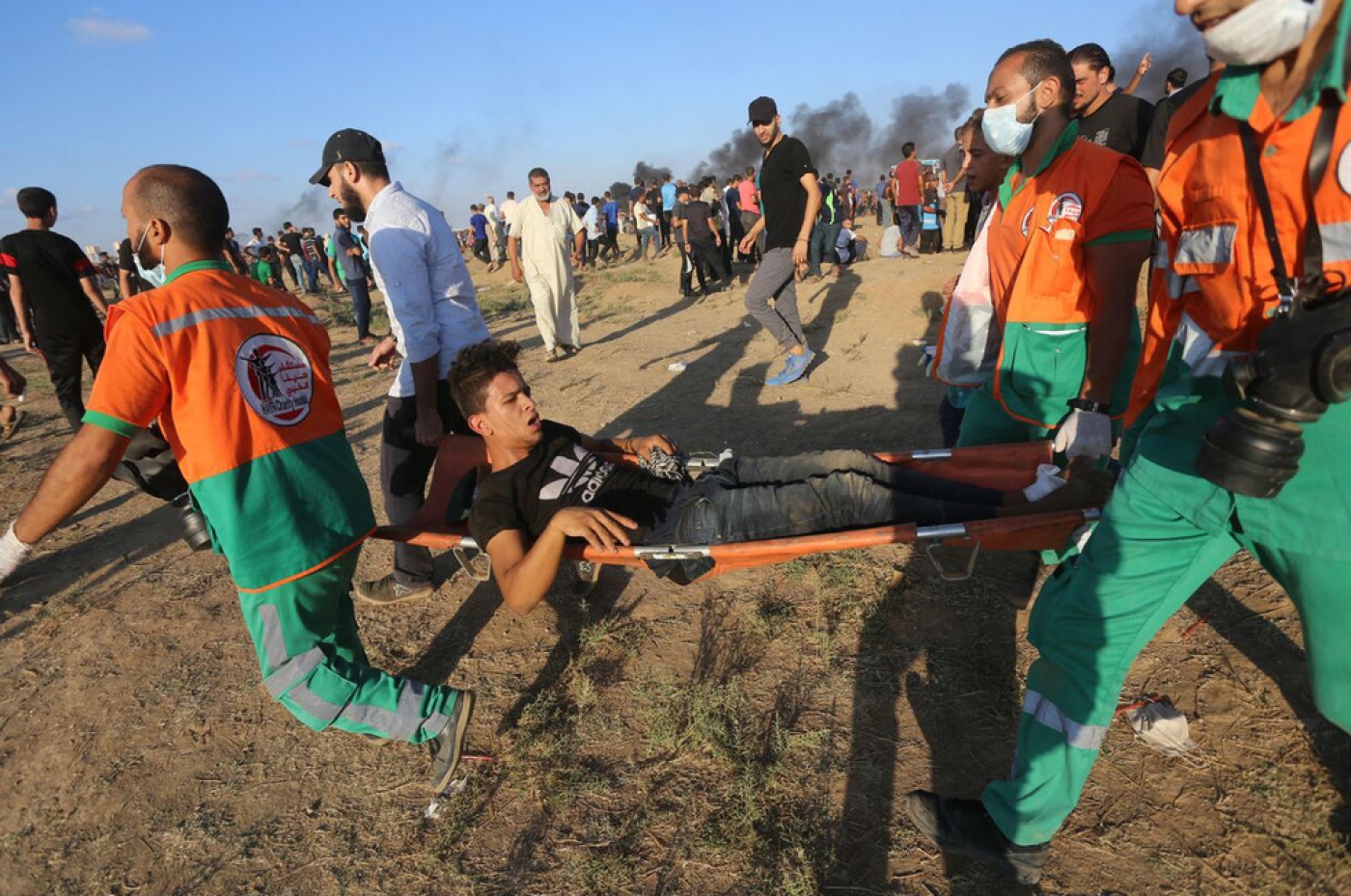 Three Palestinians, including a 11-year-old boy, were shot dead and more than 248 injured by Israeli forces in Gaza on Friday, Palestinian medical sources in the besieged enclave have said.

Ashraf al-Qedra, Gaza's health ministry's spokesman, said the boy had been shot in the head and killed east of Jabalia in the northern Gaza Strip on Friday.

A medical source identified him as Shadi Abdel-Al, the AFP news agency reported.

"He used to go every Friday to the marches like thousands of other people. This Friday was his destiny to die as a martyr," the boy's father, Abdel-Aziz Abdel-Al, told the Reuters news agency.

Another Palestinian, 28-year-old Hashem Hassan, said he saw Abdel-Al being shot 70 metres from the fence: "He threw a few stones, which flew just a few yards. He posed no threat."

Since the weekly protests of the Great March of Return began on 30 March, 177 Palestinians have been killed by Israeli soldiers.

The Israeli army said that around 12,000 demonstrators had joined Friday's protests. More than 248 people have been reported injured. Six of the wounded are said to be in critical condition.

A journalist on the ground said Israeli troops were shooting heavily at the protesters and there was a lot of black smoke from tear gas.

Israel maintains a crippling blockade of the Gaza Strip which critics say amounts to collective punishment of the impoverished strip's two million residents.

Israel's tactics against the protests have drawn international condemnation.

But Washington has backed its ally in accusing Hamas of staging the mass-mobilisation, a claim dismissed by the group and the protests' organisers.

UN and Egyptian mediators have been trying to reach a deal to calm Gaza, where Israel has waged three wars in the last decade. The brokering efforts have been complicated by Hamas's feuding with Palestinian President Mahmoud Abbas, who has restricted funding to Gaza. 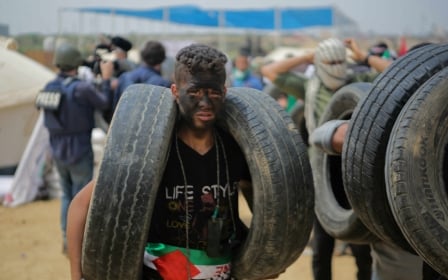