Movie is first Mauritanian production to be nominated for an Academy Award, wins seven Cesars in France Timbuktu, a movie about the takeover of northern Mali by militants in 2012, was beaten to the best foreign language film at Sunday night's Academy Awards in Los Angeles by Poland's Ida, after picking up a slew of awards at France's Cesars on Friday.

The movie, a French co-production shot in Mauritania by Mauritanian director Abderrahmane Sissako, has proven a hit with critics, scooping up seven Cesar awards - the French version of the Oscars - on Friday night, including best film and best director.

It is the only movie from Africa or the Middle East to be nominated for an Oscar this year. It is also the first time a Mauritanian candidate for best foreign film has been short-listed for an Academy Award.

The movie could not be shot in Mali due to security concerns, with only a few scenes being shot in Timbuktu itself.

"After a month of filming in Timbuktu, which had already been liberated, there was a suicide bombing outside the garrison," Sissako recently told AFP.

"I thought to myself it was naive to bring a foreign team of French and Belgians there. We would have been easy targets.”

Militants linked to al-Qaeda seized the ancient town, often a by-word for otherworldly remoteness, in 2012 and began imposing an extremely strict interpretation of Islamic Sharia law. They demolished one of the city’s famed 15th century shrines, banned music and sports and enforced the full-face veil.

The militants were eventually kicked out by a military intervention led by former colonial power France, but sporadic violence remains a problem.

According to one of Sissako's friends, newspaper editor Abdelvetah M'Hamed Alamana, the director instead recreated the mythical city in Mauritania.

"I can say that Sissako recaptured Timbuktu. He liberated it," Alamana, who advised during filming, told AFP.

Timbuktu portrays life in the city at this time and how residents strove to preserve their culture and heritage despite the risks.

The director has explained that he was spurred into making the film by the stoning to death in July 2012 of an unmarried couple in northern Mali, in a video broadcast on the internet.

Critics have interpreted the movie as being a chilling precursor to the rise of the Islamic State in Syria and Iraq. 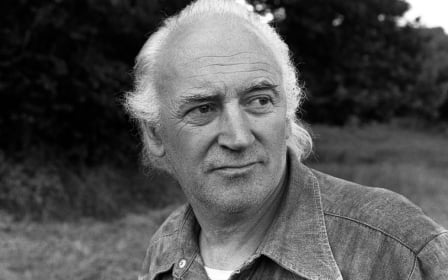