Timeline: Libya in revolution and transition

This timeline lays out key moments leading up to and following the Libyan revolution. 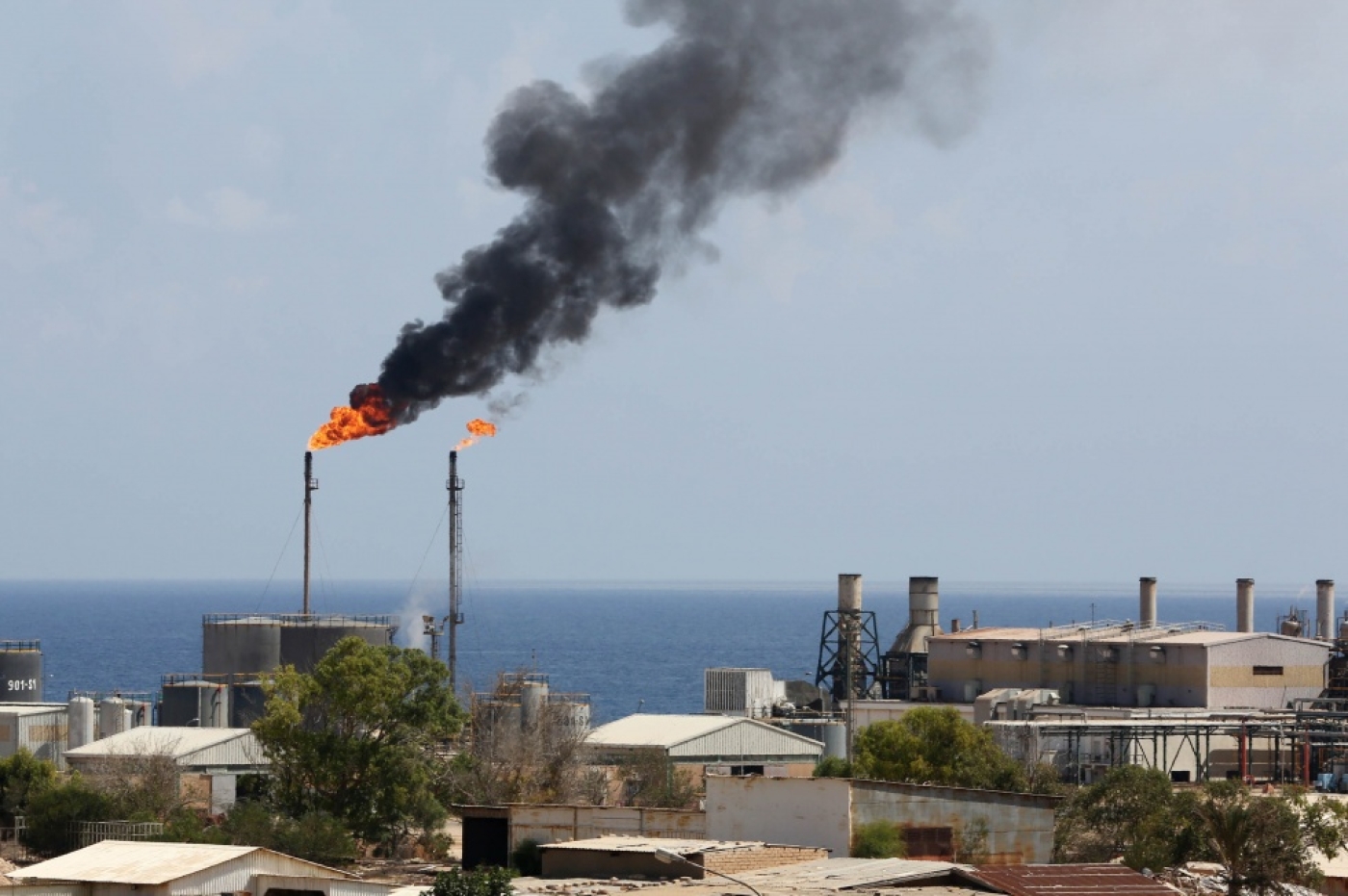 August 2009 – Protests break out between foreign workers and Libyan citizens outside a money transfer centre in the north-western city of Libya.

27 January 2011 – Government responds to public protest over the deteriorating housing situation by announcing a £16bn fund to invest in housing and development.

1 February 2011 – Jamal al-Hajji, a political commentator, is arrested by secret police for issuing a call on the Internet for demonstrations in support of greater freedom in Libya.

18 February 2011 – After a day of protest on 17 February, called the ‘Day of Rage’, police and army officials are forced to withdraw from Benghazi after being overwhelmed by demonstrators.

June 2011 – The ICC issues a warrant for the arrest of Saif al-Islam Gaddafi on two counts of crimes against humanity.

20 October 2011 – Muammar Gaddafi is captured in the town of Sirte and summarily executed by rebel fighters.

19 November 2011 – Gaddafi’s son, Saif al-Islam, is captured in southern Libya and transferred to Zintan in the west of the country.

7 July 2012 – Libya holds its first free elections in over 40 years. Voters give a mandate to a 200-seat General National Conference, which replaces the interim post-revolution National Transitional Council.

11 September 2012 - A heavily armed group of between 125 and 150 gunmen attack the American diplomatic mission at Benghazi. Two US diplomats, including the ambassador, are killed.

12 September 2012 – An attack on a CIA annexe kills two embassy security personnel and injures 10 others. It was initially reported that the attacks were part of protests against the film The Innocence of Muslims, but US sources later alleged that it was a separate attack by militants.

11 April 2013 – The US and UK report that they are withdrawing diplomatic staff from Libya, citing security concerns.

July 2013 – Barqa rebels in the east, campaigning for more autonomy for the eastern Cyrenaica region, take control of oil terminals and halt exports. The seizure is reportedly led by Ibrahim Jadran, a key anti-Gaddafi insurgent who was appointed security chief of Cyrenaica oil facilities.

6 August 2013 – US reports that it filed criminal charges against an unspecified number of individuals with involvement in the September 2012 attack on the US mission in Benghazi, including the head of Ansar al-Sharia, Ahmed Abu Khattala. The US authorities had been facing internal pressure to be seen to take action after the raid.

11 October 2013 – The International Criminal Court rules the case against the former head of military intelligence inadmissible. Al-Senussi has been in custody for 18 months at this point, and faces the death penalty if charged with ordering massacres during the 2011 revolution. The ICC found that Libyan authorities were “competent”, and that therefore al-Senussi should be tried inside Libya.

11 March 2014 – Prime Minister Ali Zeidan is ousted after a parliamentary vote of no confidence. Abdullah al-Thani, defence minister, is named interim prime minister for two weeks until a replacement is found.

-A tanker bearing a North Korean flag successfully exports oil from a rebel-held terminal in al-Sidra, eastern Libya. Rebels demand a greater share of the oil revenue reaped from the area.

– Al-Thani submits a letter to parliament demanding an extension of power to his government. He warned that unless the General National Congress stopped interfering, he and his ministers would resign. He demanded a longer mandate, since after the ousting of Ali Zeidan the parliament had been required to reconfirm the prime minister every fortnight.

8 April 2014 – The General National Congress officially appoints al-Thani prime minister, and instructs him to form a cabinet within a week.

13 April 2014 – Interim Prime Minister al-Thani submits his resignation to parliament, citing a near-miss attack that targeted him and his family. He declares that he and his ministers will remain as a caretaker government until a suitable substitution is found.

21 April 2014 – 47 elected members from across the country meet in Bayda, east of Benghazi, to begin drafting a new constitution. The body was supposed to be formed of 60 representatives, but violence in the eastern town of Derna as well as other southern sites made it impossible to hold elections.

- Mohammed Abdullah, head of the parliament’s budget committee, announces a proposal to cut Libya’s budget by a third and halt infrastructure funding, in order to offset lost revenues from the nine-month shutdown of major ports and oilfields.

22 April 2014 – Justice Minister Salah al-Marghani announces that the Zueitina oil terminal in eastern Libya remains closed, despite a deal earlier in the month between the government and separatist rebels. He cites the long closure as the reason for continued lack of productivity at the terminal.

27 April 2014 – Saif al-Islam Gaddafi and 22 others appear in Tripoli court via video link from his jail in the western town of Zintan, where he is being held by rebels.

– Gunmen burst into a parliamentary session aimed at selecting a new prime minister. The ballot was the second round after an initial ballot that saw businessman Ahmed Miitig come out ahead of Omar al-Hassi, considered by many to be the head of the Islamist bloc in parliament.

2 May 2014 – An attack on security headquarters in Benghazi kills nine security officials, six army commanders and three police officers, and wounds 15. There are no recorded figures for the number of attackers killed.

4 May 2014 - Libya's interim parliament named businessman Ahmed Miitig as prime minister, after a chaotic session of the assembly.

8 May 2014 - Gunmen assassinated a top government intelligence official in Benghazi.

11 May 2014 - Four Libyan soldiers were shot dead by unidentified gunmen in the restive eastern city of Benghazi, cradle of the 2011 uprising.

-Libya's ex-intelligence chief Abdullah Senussi appeared in a Tripoli court with his lawyers for the first time, accused of abuses during the 2011 uprising that toppled dictator Moamer Gaddafi.

13 May 2014 - Jordan's ambassador to Libya (who had been kidnapped a month earlier) was freed and flown home, in an exchange for a Libyan jailed in Jordan.

16 May 2014 - Voters in Libya's capital Tripoli cast their ballots Saturday to elect four new municipal councils, as part of a gradual electoral process that began several months ago.

17 May 2014 - At least 79 people were killed and 141 others wounded in fierce clashes in eastern Libya between armed groups loyal to a rogue ex-general Khalifa Haftar and Islamist militias. Libya's interim authorities denounced Haftar's offensive as a "coup" bid.

18 May 2014 - Armed groups attacked Libya's interim parliament and an air base in the in the city of Benghazi. Witnesses identified the assailants as members of the Zintan brigades.

20 May 2014 – Libya's electoral commission said the election for the country's new parliament will be on June 25.

21 May 2014 - The International Criminal Court on rejected a final bid by Tripoli's lawyers to try slain dictator Moamer Gaddafi's son Seif al-Islam in Libya, meaning he must now be transferred to The Hague.

22 May 2014 – The Libyan government Thursday urged all militias to withdraw from Tripoli and stay out of politics, after the parliament speaker had called for ex-rebels from Misrata to "protect the capital."

24 May 2014 - Renegade ex-general Khalifa Haftar said the Libyan people have given him a "mandate" to crush militants in the country, a day after thousands rallied in his support in Benghazi and Tripoli.

25 May 2014 - Libyan premier Ahmed Miitig's proposed cabinet won a vote of confidence in the interim parliament.

-The US State Department recommended Americans in Libya "depart immediately". The US is deploying an amphibious assault ship with about 1,000 marines off the coast of Libya in case the US embassy must be evacuated.

28 May 2014 - Khalifa Haftar's forces resumed air strikes in the city of Benghazi.

-Outgoing Libyan premier Abdullah al-Thani said he will ask a court to decide whether he must turn over power to his successor, Ahmed Miitig.

29 May 2014 – The High National Elections Commission announced that Libya is to go to the polls on June 25 as planned.

30 May 2014 - Thousands rallied in Libya's Tripoli and Benghazi to show support for Khalifa Haftar.

02 June 2014 - Libya's new government, headed Prime Minister Ahmed Miitig, said it had taken office, despite the refusal of Abdullah al-Thani's cabinet to leave power. Miitig had convened his ministers for the first time since his election in May.

- Fierce fighting between Islamists and Khalifa Haftar's forces in Benghazi killed 21 people, the deadliest violence since 76 people were killed in mid-May.

03 June 2014 - Libya's ex-premier Abdullah al-Thani said he would hand power to his rival and successor in "a week or two".

04 June 2014 - Rogue Libyan general and longtime US exile Khalifa Haftar escaped a suicide attack, but three loyalists of his were killed in the attack on a villa outside the eastern city of Benghazi.

- Gunmen shot and killed a senior staff member of the International Committee of the Red Cross (ICRC) in the northern city of Sirte.

05 June 2014 - The ICRC "temporarily" suspended their work in Libya in response to the murder of one their senior staffers.

- Head of the intelligence services Salem al-Hassi resigned citing political "chaos", although a member of the parliament's national security committee said the resignation was a protest against a deteriorating security situation.

06 June 2014 - The Supreme Court ruled the appointment of Ahmed Miitig as prime minister "unconstitutional", a decision that the businessman immediately accepts saying it is an important step in building the rule of law.

10 June 2014 - The powerful al-Awaqeer tribe in the east asked Haftar to leave their territory in Abyar near Benghazi, as they do not want the area to be a launch pad for air strikes on the city.

- Haftar said he would not carry out any attacks on 25 June to allow for parliamentary elections to take place peacefully.

11 June 2014 - Ansar al-Sharia released a statement denying a ceasefire with Haftar, saying the rogue general only understands "the language of force".

- Spokesperson Mohamed Hegazi said their fighters have detained several suspects in relation to an attempted assasination attempt on Haftar.

- Newly appointed prosecutor-general Al-Sadek Al-Sour refused to accept his appointmentment in protest at parliament's sacking of his predecessor.

12 June 2014 - A suicide attack at a checkpoint in Benghazi injured five police officers.

15 June 2014 - 12 are killed and 16 wounded in tank and rocket launcher attacks by Haftar's forces in Benghazi, while war planes are heard circling the city and dozens of families flee the violence.

- Haftar told Al Arabiya that Qatar was behind an assasination attempt on him earlier in the month.

- US Special Forces carried out a covert operation arresting the alleged ringleader of the 2012 attack on the American embassy in Benghazi that left the ambassador dead.

18 June 2014 - Former Prime Minister Ali Zeidan returned to the country, announcing that he views himself as the country's "rightful leader", describing his dismissal from office as "unconstitutional".

21 June 2014 - Expatriate Libyans voted in parliamentary elections in 12 countries ahead of a domestic vote on 25 June.

22 June 2014 - The interim parliament passed a budget worth $48 billion, forecasting a deficit of $8 billion.

23 June 2014 - The Foreign Ministry vowed to protect Turkish and Qatari nationals in Libya, after Haftar ordered them to leave the country saying some work for “intelligence agencies”.

24 June 2014 - Parliamentary candidate Muhammad Badi Kawakwi was assassinated by unknown gunmen in the southern city of Sebha, a day ahead of elections to elect a new parliament.

25 June 2014 - Parliamentary elections are held in most areas, although high temperatures and apathy impact negatively on voter turnout.

- 248 Turkish nationals returned home after Haftar had threatened them with arrest over spying claims.

- Three soldiers who were providing polling day security are killed in Benghazi by Islamist militias, according to security officials.

- Prominent human rights activist Salwa Bugaighis was shot dead by unknown gunmen outside her home in Benghazi, hours after speaking out in support Haftar’s operation to purge the country of “terrorists”.

26 June 2014 - A car bomb exploded outside the old parliamentary building in the eastern city of Beida, injuring several people.

- Government officials inaugurated a new Benghazi-based parliamentary headquarters, which is designed to be the permanent seat of the new House of Representatives.

28 June 2014 - Ahmed Abu Khatallah, who was arrested in a covert operation by US Special Forces, pled not guilty in Washington to charges of being behind the 2012 US embassy attack in Benghazi.

29 June 2014 - Two kidnapped Tunisian diplomats were released, with government sources in Tunisia saying they had given in to the demands of the kidnappers, without providing any further details.