Political activist Bechir Khalfi was suspended 'like a roast chicken' by his persecutors. His is one of thousands of stories revealed by the Truth and Dignity Authority 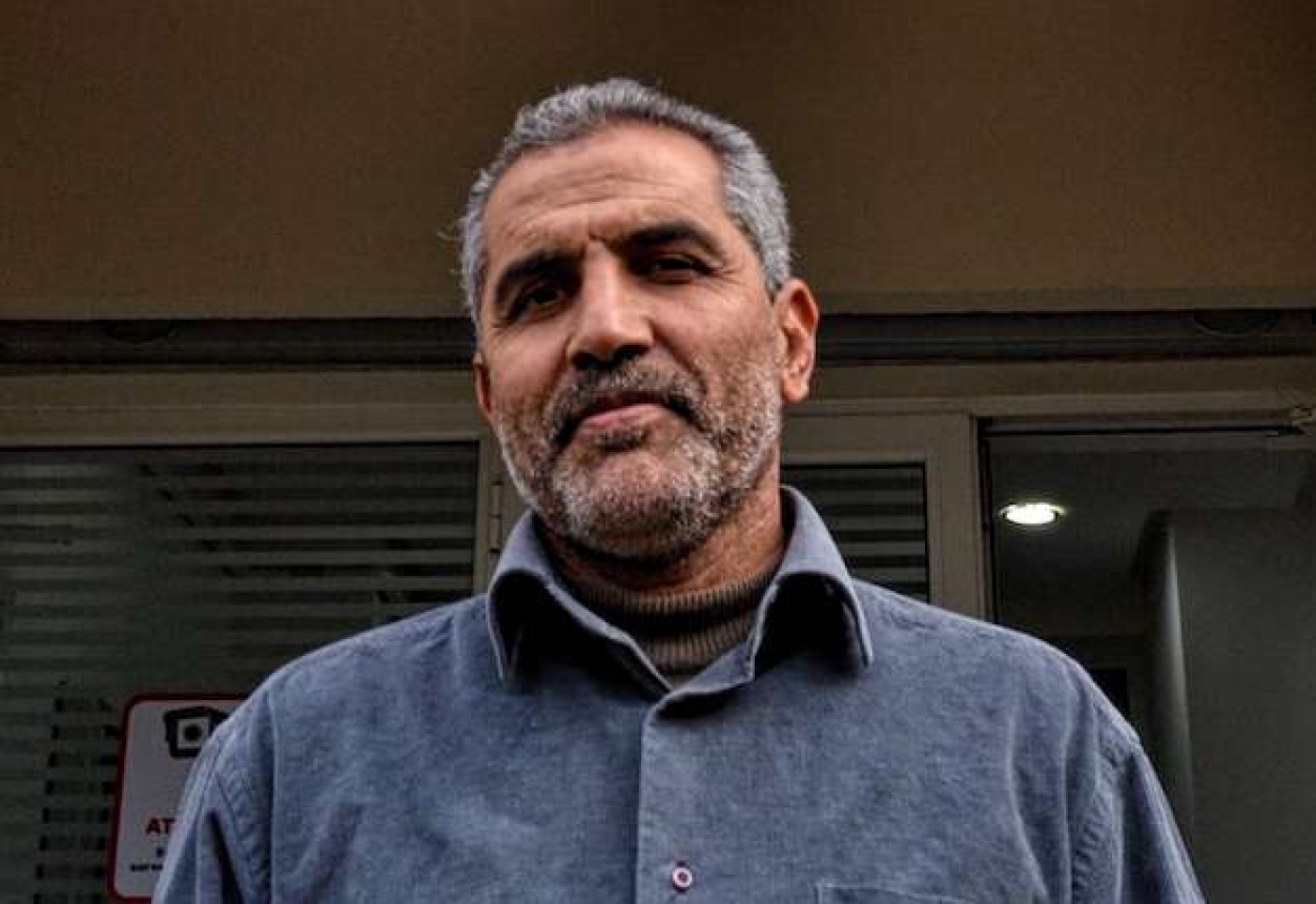 Bechir Khalfi, who is testifying to truth commission after years of torture in prisons (MEE / Maryline Dumas)
By
Maryline Dumas

TUNIS - Manel Abrougui offers a smile that hides the horrors she has heard and is now unable to forget.

For the past 18 months, this doctoral sociology student has worked for the Truth and Dignity Authority (Instance Vérité et Dignié or IVD), a body created at the end of 2013 to highlight abuses suffered by thousands of people, mostly before the 2011 revolution that toppled long-term president Zine El Abidine Ben Ali.

'The witness, himself a victim, felt guilty. Because she called him for help and he could do nothing'

The 29-year-old woman personally listened to between 800 and 1,000 people - she has lost count of the exact figure - in closed hearings as they recounted abuses suffered during the Ben Ali era, from 1987 to 2011, even as far back as Tunisia’s independence from France in the 1950s.

On Thursday, victims will tell their stories live on television, as the first public hearings start. But Abrougui has already moved on from collecting testimonies: working on the project has taken too heavy a toll.

'I had nightmares every night'

“I was exhausted. I had nightmares every night," she told Middle East Eye. Abrougui was particularly haunted by the testimony of a man tortured in jail, where he shared a cell with a young woman whose name he never knew.

His cellmate was raped many times right before his eyes before she eventually died, he had told Abrougui.

“The witness, himself a victim, felt guilty. Because she called him for help and he could do nothing,” Abrougui recalled.

More than 62,000 people and communities have filed cases with the IVD, a figure that includes those claiming to be victims as well as repentant perpetrators.

Each case must meet three criteria. The alleged incident must have taken place between 1 July 1955, when Tunisia became independent, and 31 December 2013, when the country's new Transitional Justice Law came into force. The accused perpetrator must be the state or persons acting on its behalf or under its protection. Finally, crimes should be considered serious or systematic.

Expert listeners such as Abrougui are the first to get in touch with applicants. Their work consists of helping people tell their stories, collecting testimonies to identify the type of violation - 32 of which have been identified by the IVD - identifying victims’ needs in terms of psychological or follow-up care, and recording applications for compensation.

Bechir Khalfi was one of those applicants. He had to relate in detail what he experienced in Tunisia’s prisons between 1991 and 2007. As an opponent of Ben Ali's rule, he had been sentenced to 52 years in prison on various charges, including membership of an unauthorised organisation, involvement in an illegal demonstration and distributing leaflets.

'My arms and legs were tied around a suspended stick. The men beat me on both sides and my body swung between them'

Such judgments are now considered illegal. Arbitrary arrests such as these represent the greatest number of alleged violations being heard by the IVD. So far, 13,752 complaints of arbitrary arrest have been filed, as well as 6,367 allegations of unfair trials.

But Khalfi was also tortured. The 50-year-old remembers as if it were yesterday the “technique of the roast chicken".

"My arms and legs were tied around a suspended stick," he told MEE. "The men beat me on both sides and my body swung between them. I was left like this until 4 o'clock in the morning.

"My head was also plunged into a basin of waste water. Because I was kicked with boots, the skin on my legs fell off in tatters,” he said, specifying that he had spent “seven years in the interrogation box, with its share of abuses”.

After the listening phase, the file goes to the mapping service, where Abrougui now works after finishing up collecting testimonies.

"We trace the history of Tunisia, with the different phases the country has passed through," she explained.

"Eighteen periods of violations were thus determined, such as the bread riots (1983-1984) and the strikes of Gafsa," she said.

Gafsa is a mining region in western Tunisia with a history of protest - in 2008 security forces intervened harshly over a six-month period to suppress widespread demonstrations and social unrest.

Pooling the testimonies makes it possible to corroborate them, to highlight patterns and to identify victims or perpetrators of crimes.

The mapping has highlighted the appearance of the so-called "roast chicken" torture method since the 1960s, and has proved that sexual violence was almost systematic in the Cap Bon region at the north-eastern tip of Tunisia.

“We can also see the evolution of some torturers. For example, there was one who crushed the testicles of his victims with a drawer. His doings can be traced throughout the territory,” Nouguil Heni, a colleague of Abrougui, said.

This work facilitates the task of the survey service, which processes the files in batches of 10 to 20 cases.

'We are not targeting the executioner, but the executives. Those people are sometimes dead, retired or still in office'

"The more serious the case, the less the executioner can deny it," said Elyes Ben Sedrine, a lawyer working for the homicides unit. “We are not targeting the executioner, but the executives. Those people are sometimes dead, retired or still in office."

Sedrine told MEE that it is often difficult to reach the defendants. "Those who are less senior are protected so they are not tempted to speak. If he opens his mouth, everyone falls,” she said.

So far, she said, no one has confessed to the most serious crimes, which would lead to a special trial.

This is despite the fact that admitting guilt and submitting testimony to the IVD could see perpetrators treated with more leniency, according to the 2013 Transitional Justice Law.

Clash between the state and the IVD

In cases of corruption - currently also being investigated by the IVD - culprits have come forward. Imed Trabelsi, a nephew by marriage of Ben Ali - who now lives in Saudi Arabia with his family - is one of those who has done just that. The 40-year-old has been in prison since 2011, having been sentenced to a total of more than 80 years for various offences, including cannabis use and fraud.

“Today, the Transitional Justice Law [and cooperating with the IVD] is the only way he can get out of prison," said his lawyer, Anis Boughattas, adding that his client is ready to return any ill-gotten money and disclose all the information he has.

Yet the case is stagnating: the state's representative, in charge of negotiating compensation for victims, is no longer participating in the meetings.

"There is a huge disagreement between the state and the IVD," Boughattas told MEE - he highlighted the economic reconciliation bill wanted by President Beji Caid Essebsi, which would mean that corruption cases aren't heard by the IVD in the first place.

At present, allegations are heard by different sub-bodies - once the initial survey is completed, files are dispatched according to their content.

"In cases of professional misconduct, it is the institutional reform committee that takes care of them," Oula Ben Nejma, the chair of the committee, explained. "For corruption, the arbitration one is responsible.

"Massive violations are transmitted to the inquiry unit and then to the special chambers. But in reality the majority of cases are cleared at this stage. Then they are sent to the compensation commission," he said.

'I filed my case on the first day. I was number 59! Since then, nothing. I have been waiting. There is something wrong - the IVD is a bad organisation'

Financial compensation is all that Hamdoui Sami wants. And quick. Pursued by the police for years, prevented from moving as he wished, this opponent of the dictatorship was never able to find a stable job before the revolution.

But Sami says he has now lost patience with the IVD after long delays.

"I filed my case on the first day. I was number 59! Since then, nothing. I have been waiting. There is something wrong - the IVD is a bad organisation."

The IVD says it is still in the process of setting up a consultation service to deal with compensation claims.

Its leadership says it wants to set up a consultation service to "use reparations according to a development approach". The objective will be to ensure that money that is given back is used not as a compensation fund but as a sustainable resource. 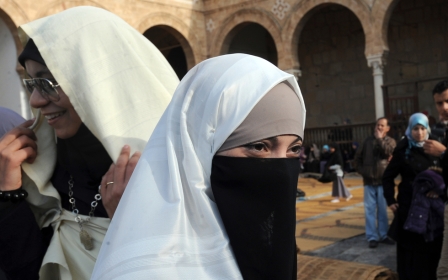