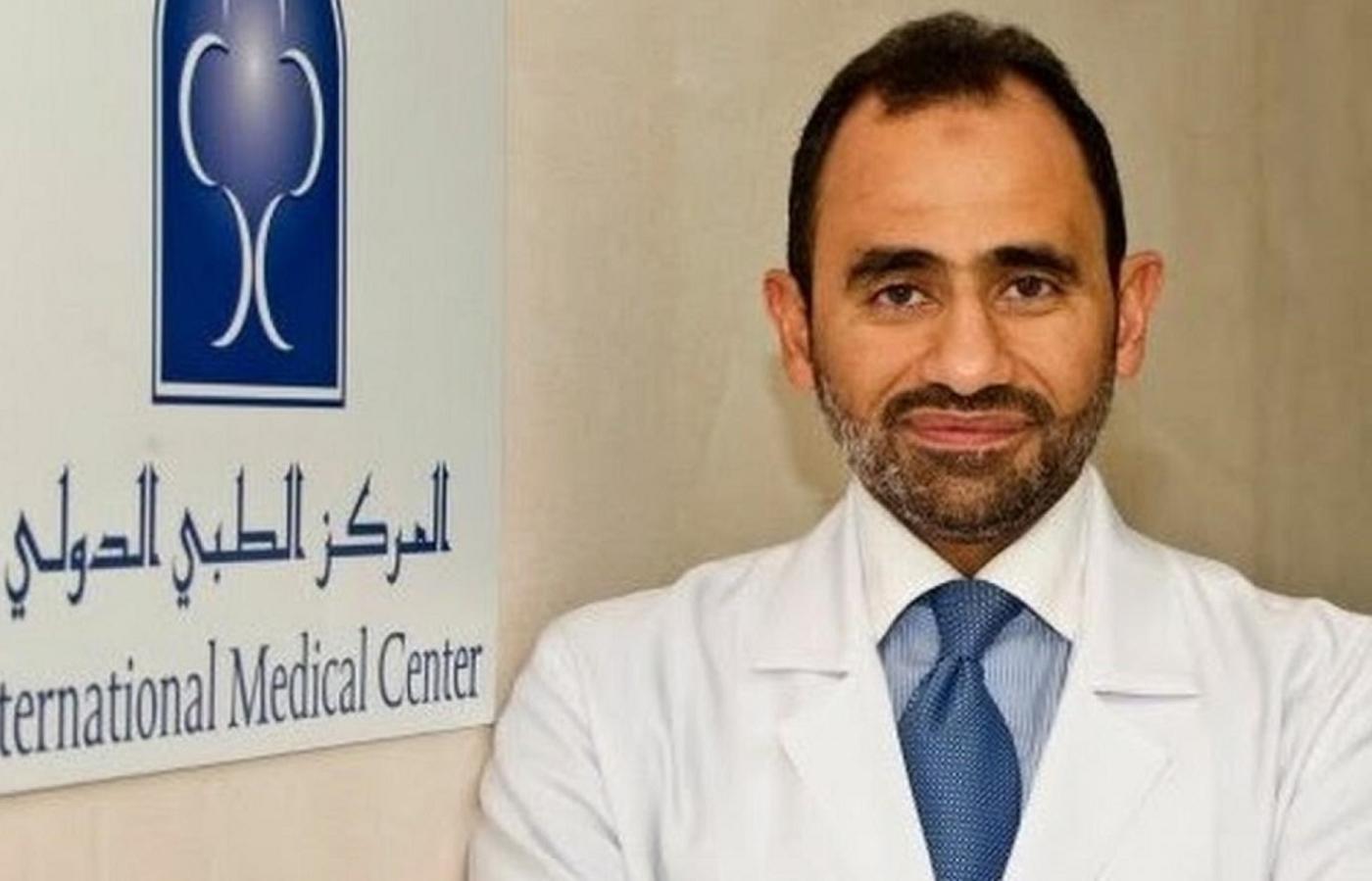 "It is a direct offence, an affront, to the United States," Congressman Tom Malinowski said of Walid Fitaihi's detention (Screenshot)
By
Ali Harb
in
Washington

Attorney Howard Cooper said the US State Department told him Fitaihi has received two "consular visits" this year and that US officials are engaged in diplomatic efforts with their Saudi counterparts to address his case.

But he said that doesn't go far enough.

"The most relevant point is that this issue needs to be elevated to the highest levels of our government," Cooper told Middle East Eye.

Fitaihi, a dual Saudi-American citizen, has been imprisoned without charge since 2017, when he was rounded up alongside dozens of others in a wide-scale purge made at the direction of bin Salman.

While Saudi officials have justified the detentions as part of an anti-corruption effort, human rights groups have accused the crown prince of rounding up and extorting his critics in a bid to cement his authority and stifle dissent.

Trump and his team need to appeal to bin Salman directly to get Fitaihi out, Cooper said.

"President Trump, his son-in-law and daughter [Ivanka] have a personal relationship with the crown prince, who is responsible for Dr Fitaihi's imprisonment without charge, without any process whatsoever," he said.

Kushner and the crown prince

Trump has defended his alliance to Saudi Arabia's rulers despite the country's poor human rights record and the outrage that followed the murder of journalist Jamal Khashoggi at the hands of Saudi government agents late last year.

The CIA concluded that bin Salman was responsible for the journalist's killing at the Saudi consulate in Istanbul on 2 October, but the White House has refused to break ties with MBS, drawing rebuke from lawmakers and media freedom advocates, among others.

Kushner, who met with bin Salman last month to promote the Trump administration's yet-to-be-released "deal of the century" to end the Israeli-Palestinian conflict, is reported to have fostered close personal ties with the crown prince, as well.

Kushner maintained contact with, and publicly defended, MBS in the immediate aftermath of Khashoggi's murder, the New York Times reported in December.

Saudi officials had identified Kushner as a key contact in the Gulf country's courtship of the Trump administration, the newspaper said.

The Intercept also previously reported that bin Salman boasted that he had Kushner "in his pocket".

The relationship between the pair stretches back years.

In late October 2017, Kushner made an unannounced trip to the kingdom to meet bin Salman; days later, the Saudi crown prince embarked on his purge, locking up dozens of businessmen and Saudi royal family members at the Ritz-Carlton Hotel in Riyadh.

That's when Fitaihi was detained - and he is one of the few people rounded up at that time who remain in Saudi custody today.

Dozens of the detainees once held at the Ritz reportedly agreed to financial settlements, handing billions of dollars to the Saudi government in exchange for their freedom.

But Fitaihi was not offered one of the crown prince's "extortionist" deals, Cooper told MEE.

He said Fitaihi's detention remains an "absolute mystery" amid the absence of a court case, written charges or even an oral notification as to why the Saudi government has detained him.

He added that the doctor is not a "political person"; he was focused on improving peoples' health.

"All we know is that in the presence of his son in November of 2017 while sitting in his office at the International Medical Center [in Jeddah], he was arrested and taken to the Ritz," Cooper said.

Earlier this year, reports emerged that Fitaihi has been tortured in detention, prompting top members of the US Congress to call for the doctor's release.

While he expressed gratitude for the lawmakers' efforts, Cooper said the power to free Fitaihi lies with the White House.

"The idea that he's being tortured by an ally of the United States - a so-called ally - is unacceptable," he said. "The time has come for President Trump to do something now to bring Dr Fitaihi home. And I believe that he could do that with a telephone call."

So far, the White House has not commented on Fitaihi's case publicly. The White House press office did not immediately respond to MEE's request for comment on Friday.

At an event in Washington on Thursday, US Congressman Tom Malinowski said "foreign dictatorships" should not think that they can get away with torturing and abusing US citizens.

He said the murder of Khashoggi, who was a US resident when he was killed in October, and the detention of Fitaihi are "unthinkable".

"It is a direct offence, an affront, to the United States of America," Malinowski said. "And no country that has ever dared to call itself an ally of the United States should be forgiven for one second for engaging in that kind of behaviour."