Trump to back Palestinian 'self-determination'

Trump will also urge Arab leaders to confront IS and Iran during Mideast trip, according to National Security Advisor HR McMaster 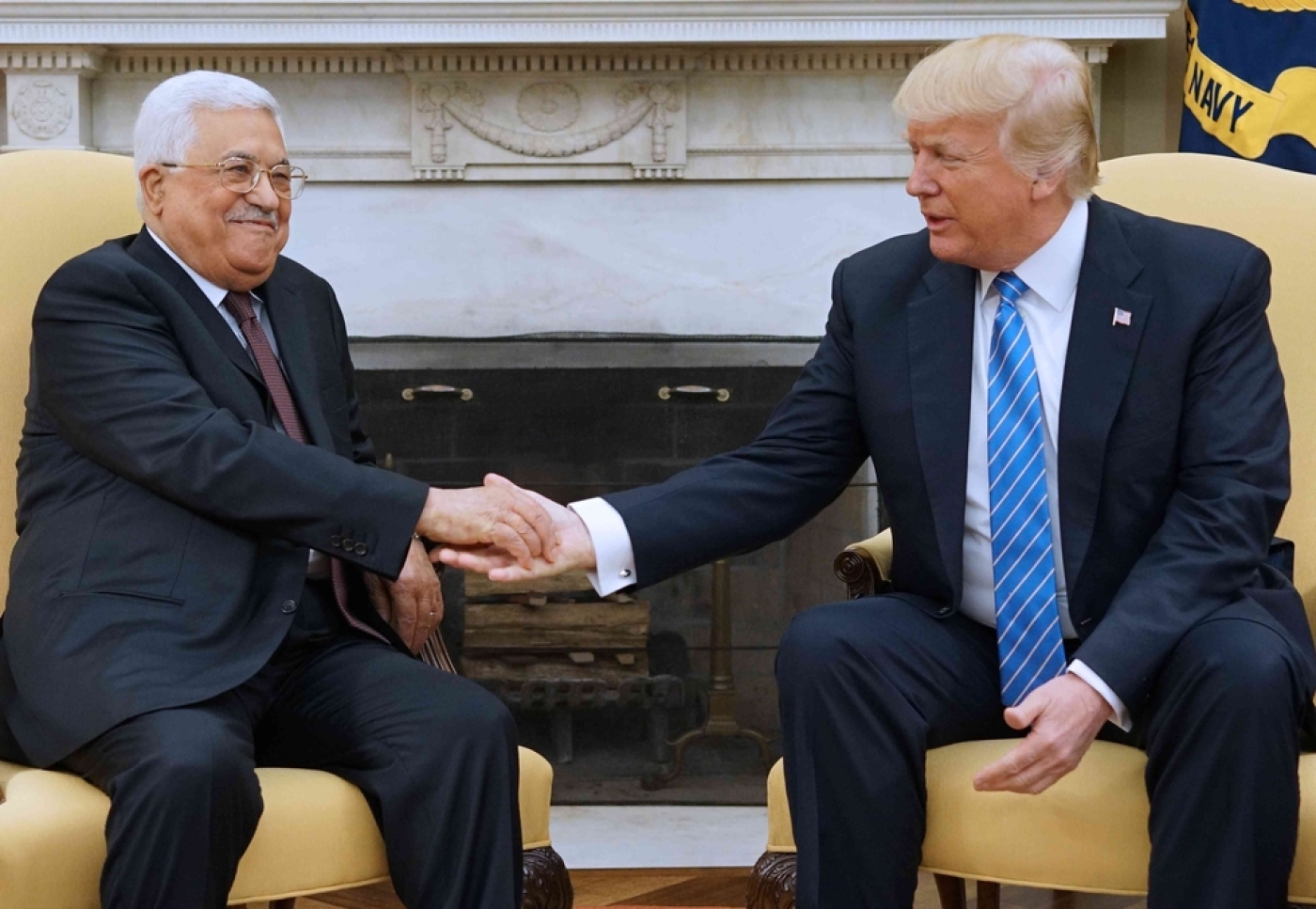 President Donald Trump will express support for Palestinian "self-determination" during a Middle East trip this month, a senior aide said on Friday, suggesting that Trump is open to a two-state solution to the Israeli-Palestinian conflict despite not having publicly embraced the idea so far.

The comments by US National Security Advisor HR McMaster came just nine days after a White House visit by Palestinian President Mahmoud Abbas during which Trump vowed to seek a historic peace deal but stopped short of explicitly recommitting to the eventual goal of Palestinian statehood, a longtime bedrock of US policy.

Previewing Trump's first foreign trip, McMaster also said the US president would use a visit to Saudi Arabia, his first stop, to encourage Arab and Muslim partners to take "bold new steps" to confront Iran, the Islamic State (IS) group, al-Qaeda and Syrian President Bashar al-Assad's government, which "perpetuate chaos and violence".

Trump's travels, which begin late next week and will also include stops in Israel and Rome, are intended to "broadcast a message of unity" by visiting holy sites of Christianity, Judaism and Islam, McMaster told reporters.

Trump's meetings with Israeli and Palestinian leaders, currently due to be held separately, will be closely watched for whether he begins to articulate a cohesive strategy to revive long-stalled negotiations. Most experts are sceptical of Trump's chances of brokering a peace accord that eluded his predecessors.

In talks with Israeli Prime Minister Benjamin Netanyahu, Trump plans to "reaffirm America's unshakeable bond to the Jewish state" and in a meeting with Abbas to "express his desire for dignity and self-determination for the Palestinians," said McMaster, a decorated Army general with extensive Middle East experience.

Trump is expected to meet Abbas, the Western-backed head of the Palestinian Authority, in Bethlehem in the West Bank, Palestinian sources say.

Palestinians were disappointed when Trump failed to mention a two-state solution in a joint appearance with Abbas on 3 May.

Trump sparked international criticism in February when, during a news conference with Netanyahu, he appeared to back away from a long-standing US commitment to Palestinian statehood, saying he would leave it up to the parties to decide.

The Palestinian Authority is based in the West Bank, which has been under Israeli occupation since 1967. Israel continues to expand illegal settlements on the territory that would be a part of a future Palestinian state.

In December 2016, the UN Security Council condemned Israeli settlements in a resolution rejected by Trump, who was a president-elect at the time.

Trump has reportedly asked Netanyahu to slow Israeli settlement building activity in the West Bank, but the US president has appointed a pro-settlement envoy to Israel, and the White House has failed to denounce plans for new units.

The US president vowed during his election campaign to move the US embassy in Israel to Jerusalem, a move that would anger Palestinians and the wider Arab and Muslim worlds.

Asked whether Trump would bring Netanyahu and Abbas together in the same room during the visit scheduled for 22-23 May, McMaster said that would be up to the president and the other leaders. "The final plans aren't set yet," he said.