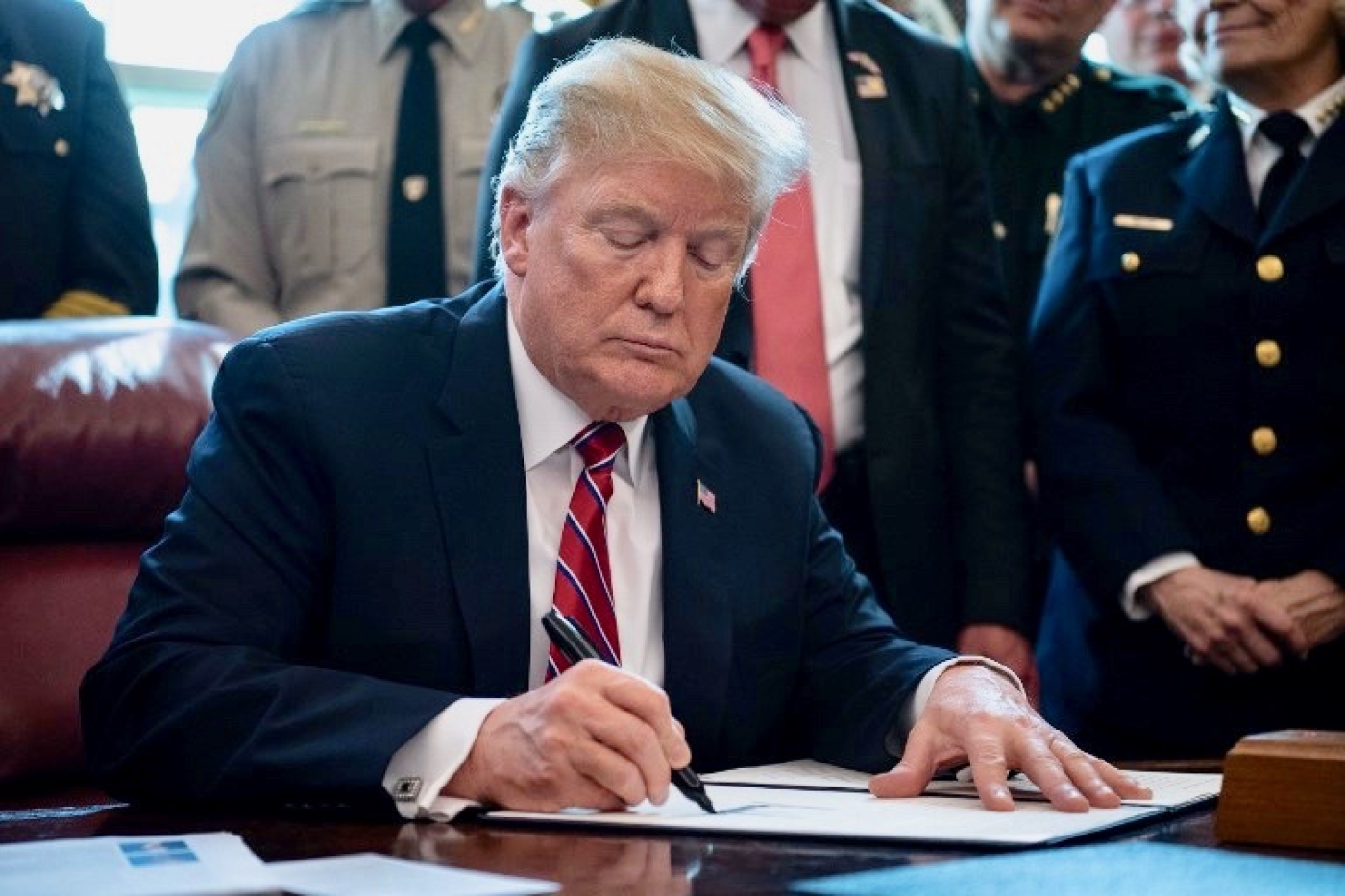 Trump signs his first veto at White House in Washington on Friday, calls movement of undocumented immigrants into US 'invasion' (AFP)
By
MEE and agencies

Democrats led by a Palestinian-American lawmaker attacked President Donald Trump's "silence" on the rise of white supremacy on Sunday as reaction to the New Zealand mosque massacre spilled into a heated US debate over religious and racial bigotry.

With controversy swirling over Trump's tepid response to the massacre, White House chief of staff Mick Mulvaney was forced to deny any affinity between the president's anti-immigration rhetoric and the accused Christchurch shooter's extremist views, AFP said.

"The president is not a white supremacist," Mulvaney said in an interview with Fox News Sunday, responding to critics who accused Trump of echoing the admitted gunman’s rhetoric in comments from the Oval Office hours after the massacre, the Washington Post said.

Announcing his veto of a congressional resolution that would block his declaration of a national emergency at the US border with Mexico, Trump called the movement of undocumented immigrants into the United States an “invasion,” the Post noted.

Still, on a separate Sunday talk show, Rashida Tlaib, a Democrat from Detroit and one of the first two Muslim women ever elected to the US Congress, charged that the president's failure to speak out forcefully against white supremacy was making the country less safe.

"Trump is the most powerful man in the world right now," she said on CNN's State of the Union. "He, from the Oval Office, from that power position, can be able to send a signal very loud and clear.

"We've done this in the past against foreign terrorism. We need to do it on domestic terrorism, against white supremacy that's growing every single day that we stay silent."

After the attack on two mosques in Christchurch on Friday, which left 50 dead, Trump expressed sympathy and solidarity with the victims and people of New Zealand. 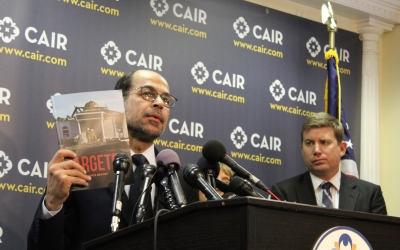 But in comments to reporters in the Oval Office, he dismissed concerns that white nationalism represented a growing danger around the world.

"I don't really. I think it's a small group of people that have very, very serious problems, I guess," Trump said.

MEE reported on Friday that Nihad Awad, executive director of the Council on American-Islamic Relations (CAIR), said that Trump's policies and statements have implications beyond the borders of the United States.

"In many white supremacists' attacks on the American-Muslim community, the attackers cite Trump and cite his policies," Awad said at a news conference in Washington.

"I don't think anyone of us should be surprised that what he says and what he does impacts the attitudes and actions of people, not only at home, but now abroad."

The alleged gunman - identified as an Australian white nationalist - live-streamed the assault on social media and published a manifesto filled with racist conspiracy theories.

He also referred to Trump as "a symbol of renewed white identity and common purpose".

At the grassroots level, the New Zealand attacks triggered a surge of solidarity from America's Jewish and Christian communities, with hundreds of people taking part in interfaith vigils from Cincinnati to Philadelphia, Pasadena to New York.

But it also resounded in a US political scene already supercharged by controversy over remarks by Ilhan Omar - the only other Muslim woman in Congress along with Tlaib - that supporters of Israel and many fellow Democrats perceived as anti-Semitic.

The debate over bigotry quickly shifted to Trump after the atrocity in New Zealand. 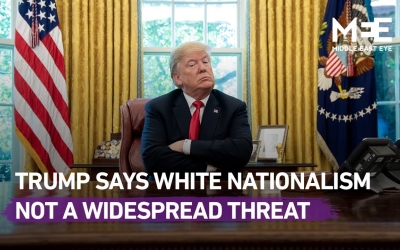 "Time and time again, this president has embraced and emboldened white supremacists - and instead of condemning racist terrorists, he covers for them. This isn't normal or acceptable," tweeted Kirsten Gillibrand, who formally entered the Democratic race for the White House on Sunday.

Mulvaney scoffed at the idea that Trump's anti-immigrant rhetoric and policies had anything to do with the New Zealand attack.

"Let's take what happened in New Zealand yesterday for what it is - a terrible evil, tragic act and figure out why those things are becoming more prevalent in the world. Is it Donald Trump? Absolutely not.

Still, at key moments of his presidency Trump has soft-pedalled the danger of white nationalism, most famously when he found blame "on both sides" after a Unite the Right rally turned violent in Charlottesville, Virginia in August 2017.

In that case, a Neo-Nazi sympathiser drove into a crowd of counter-protesters, killing a young woman and injuring 19.

Former vice president Joe Biden, a possible Trump challenger in 2020, evoked Trump's response to Charlottesville in a campaign-style speech in Delaware on Saturday.

"Our children were listening. Our silence is complicity. With these words, the president of the United States assigned a moral equivalence between those spreading hate and those with the courage to stand against it," he said.

"And in that moment, I knew the threat to this nation was unlike any I had seen in my lifetime." 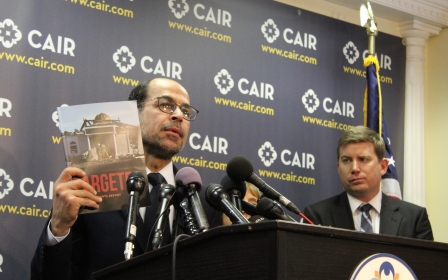 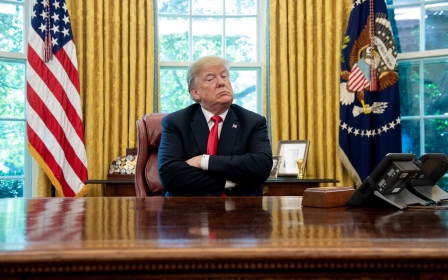 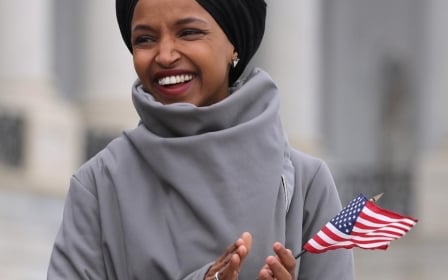