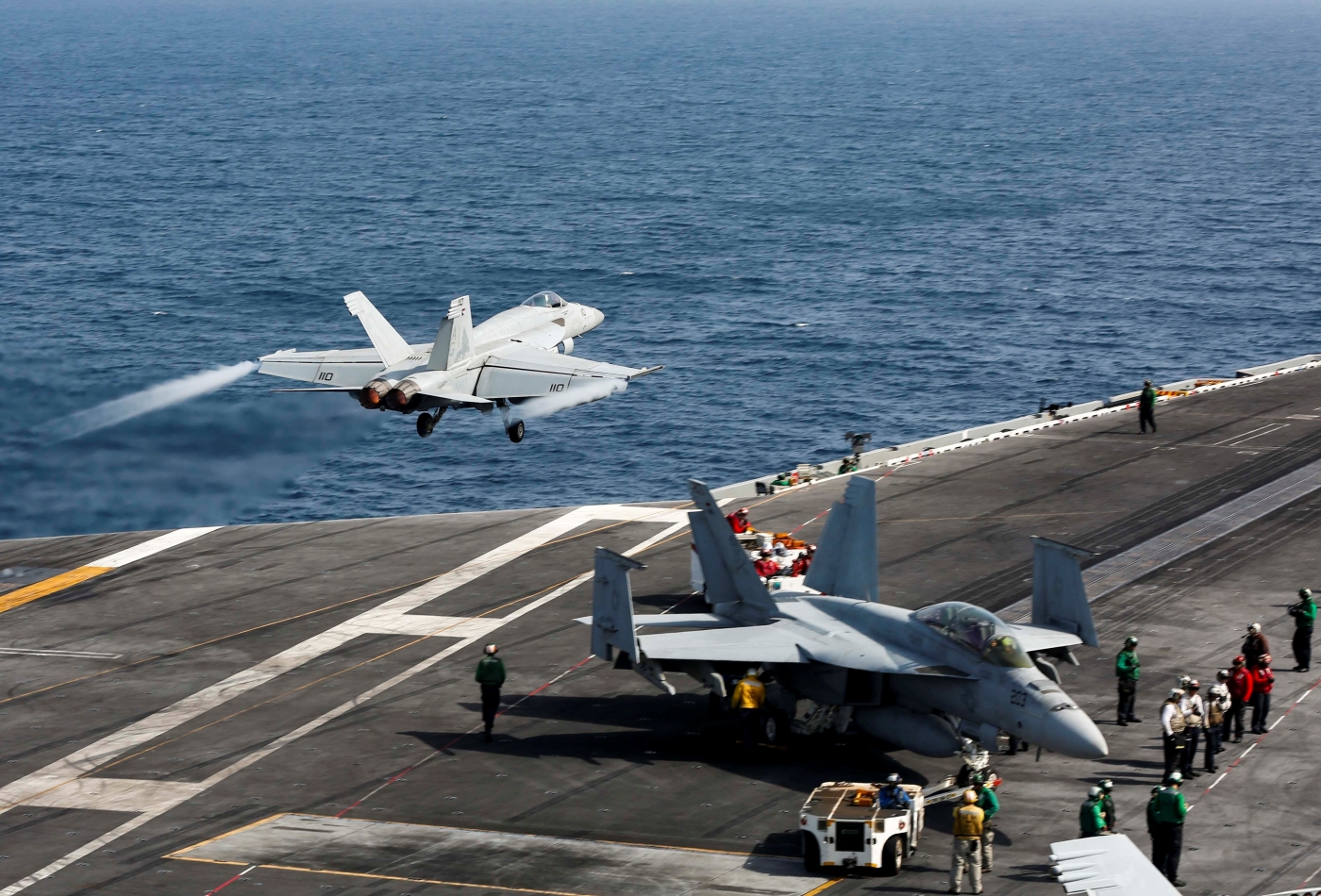 US aircraft carrier USS Abraham Lincoln in the Arabian Sea, 24 May (Reuters)
By
MEE staff
in
Washington

US President Donald Trump on Friday said he blocked a planned military strike against Iran because it would not have been a proportionate response to Tehran's downing of an unmanned US surveillance drone.

In a series of early morning tweets, Trump said: "10 minutes before the strike I stopped it, not proportionate to shooting down an unmanned drone. I am in no hurry, our military is rebuilt, new, and ready to go, by far the best in the world. "Sanctions are biting & more added last night."

Trump said that more sanctions were imposed on Iran late on Thursday.

He added that he aborted the strikes after he heard 150 Iranians would die.

Earlier on Friday, the New York Times quoted an unnamed official as saying ships were in position and planes had been deployed in the air when the order came to stand down on Thursday night.

With Bolton leading the charge, lawmaker questions use of US intelligence on Iran
Read More »

Iranian officials told Reuters news agency on Friday that Tehran had received a message from Trump through Oman overnight warning that a US attack was imminent.

"In his message, Trump said he was against any war with Iran and wanted to talk to Tehran about various issues... he gave a short period of time to get our response, but Iran's immediate response was that it is up to Supreme Leader [Ayatollah Ali] Khamenei to decide about this issue," one of the officials said on condition of anonymity.

The second official said: "We made it clear that the leader is against any talks, but the message will be conveyed to him to make a decision... However, we told the Omani official that any attack against Iran will have regional and international consequences."

British military chiefs were informed about plans for a US attack overnight, a UK defence official told the Financial Times.

The decision to abandon the strikes was communicated to UK defence officials at 0:200 GMT.

Asked if he was willing to go to war with Iran earlier on Thursday, Trump said: "You'll find out."

The incident aggravated fears of a direct military clash between the longtime foes and oil prices rose more than one percent to above $65 per barrel on Friday over worries about possible disruptions to crude exports from the Gulf.

Iran refrained from shooting down US plane

The US strikes would have come as a response to the downing of a US surveillance drone in the Gulf by Iranian forces a day earlier.

Iran refrained from shooting down a US plane with 35 people on board that was accompanying the downed drone, a Revolutionary Guards commander said on Friday.

Amirali Hajizadeh, head of the Revolutionary Guards aerospace division, was quoted as saying by Tasnim news agency: "With the US drone in the region, there was also an American P-8 plane with 35 people on board. This plane also entered our airspace and we could have shot it down, but we did not."

“Again 10 minutes before the attack, a warning signal was sent to the drone. Those who were controlling the drone received the warning signals, but payed no attention,” Hajizadeh added.

Some global airlines said on Friday they were re-routing flights to avoid Iran-controlled airspace over the Strait of Hormuz and Gulf of Oman, after the US aviation regulator barred its carriers from the area until further notice.

The US Federal Aviation Administration said that according to flight tracking applications, the nearest civil aircraft was operating within 45 nautical miles of the drone when it was shot down. 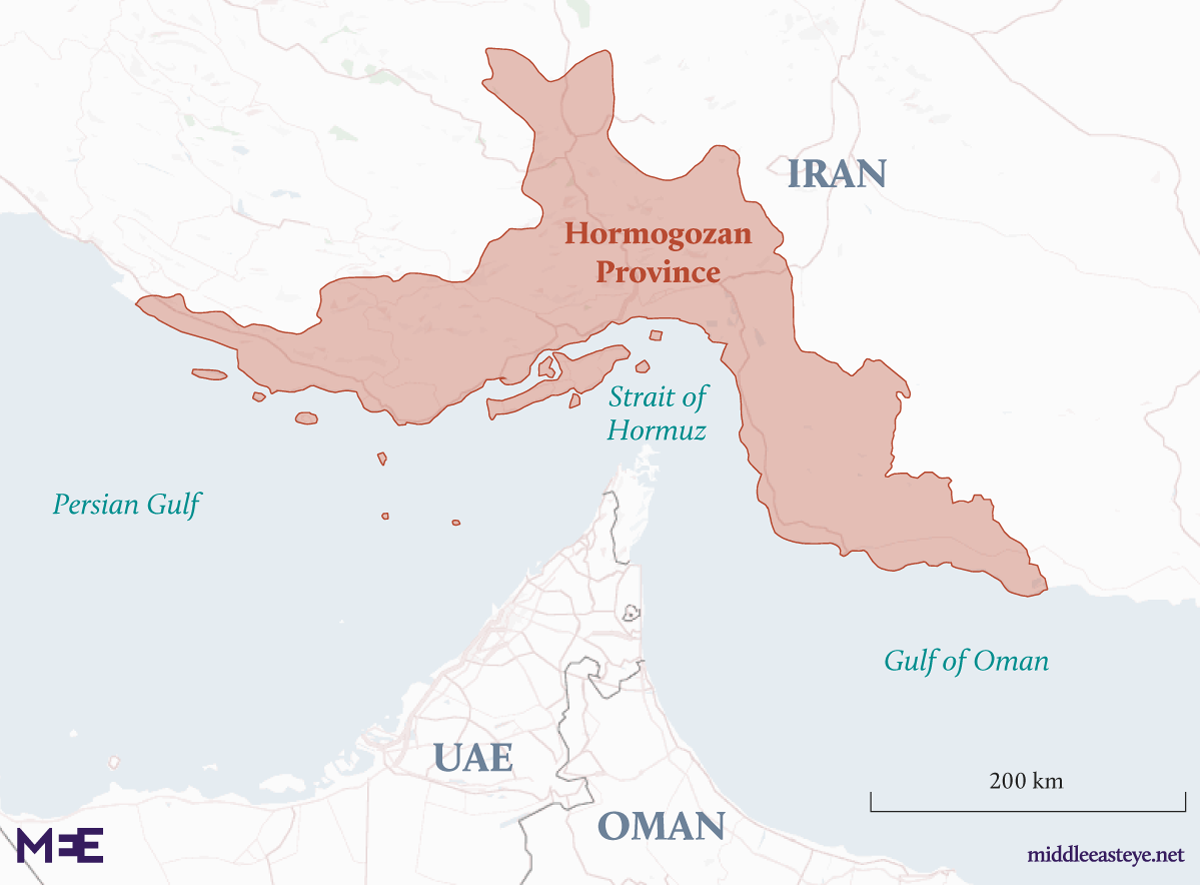 Malaysia Airlines, Emirates, Australia's Qantas Airways, Singapore Airlines and KLM of the Netherlands said they were re-routing flights to avoid the area.

Russia accused the US on Friday of deliberately stoking dangerous tensions around Iran and pushing the region to the brink of war, the RIA news agency reported.

Deputy Foreign Minister Sergei Ryabkov called on Washington to weigh the possible consequences of conflict with Iran and said the report in the Times showed the situation was extremely dangerous.

The prince affirmed Saudi support for the US campaign to apply pressure on Iran, he said.

Hook said in a news conference in the Saudi capital that US diplomacy did not give Iran the right to respond with military force. He said Iran must reciprocate.

Iran "responds to diplomacy with diplomacy... war with firm defence", Iranian Foreign Ministry spokesman Abbas Mousavi said on Friday on his Twitter account, reacting to the remarks by Hook.

Tehran had said that the drone was over its territorial waters, calling the incident a "blatant violation of international law" by the US.

But officials in Washington have insisted that the unmanned plane had flown over international waters.

Earlier on Thursday, Trump speculated that the drone may have been shot down by mistake, although Iran's Islamic Revolutionary Guards Corps had taken responsibility for the incident.

"I think probably Iran made a mistake - I would imagine it was a general or somebody that made a mistake in shooting that drone down," Trump told reporters at the White House.

For its part, Tehran complained to UN Secretary General Antonio Guterres, warning that it will "take all appropriate necessary measures against any hostile act violating its territory".

In a letter to Guterres, Iranian envoy Majid Takht Ravanchi said Washington was engaged in a "continued unlawful and destabilising measure in the already volatile region of the Persian Gulf".

Later in the day in Washington, Trump met with top leaders from both major parties in Congress to weigh a possible response against Iran.

"The president may not intend to go to war here, but we're worried that he and the administration may bumble into war," Chuck Schumer, the top Democrat in the Senate, said after the meeting.

After weeks of growing tensions between Tehran and Washington, lawmakers and analysts are expressing concerns about the possibility of a destructive all-out war.

The US military was planning to hit a "handful of Iranian targets" on Thursday night, according to the Times' story.

The newspaper reported that National Security Adviser John Bolton as well as Secretary of State Mike Pompeo and CIA director Gina Haspel were backing the strikes, but Pentagon officials feared that it may snowball into a bigger conflict.

"The biggest threat is that of inadvertent escalation," Suzanne Maloney, deputy director of the foreign policy programme at the Brookings Institution, told MEE last month.

"I don't think either side wants to precipitate a full-scale, bilateral military conflict. But it's clear that there are tools at the disposal of both countries that can be deployed in ways that could precipitate a crisis beyond where we are today.

Tensions started to rise sharply early in May, as Washington deployed military assets to the Gulf amid intelligence reports of Iranian plans to hit US troops and interests in the region.

Since then, the US has blamed Tehran for a series of strikes in the region, including attacks against two oil tankers in the Gulf of Oman. 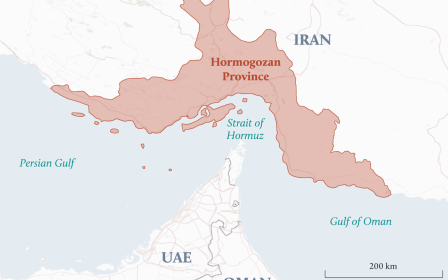