President Donald Trump renewed his verbal attack on the courts on Wednesday, describing them as "so political," as a panel of judges weigh his executive order barring refugees and visitors from seven mainly Muslim countries.

The contentious ban has been frozen by the courts and embroiled Trump in a tussle with the judicial branch, less than three weeks into his presidency.

Speaking to visiting police chiefs and sheriffs, Trump expressed "amazement" over a hearing on Tuesday of three federal appeals judges, who are considering whether to reinstate the ban.

Trump said what he heard in proceedings was "disgraceful, just disgraceful".

"I don't ever want to call a court biased, so I won't call it biased and we haven't had a decision yet. But courts seem to be so political," he said.

Trump's comments have sparked a firestorm in a country where such personal and vitriolic attacks by a president on another branch of government are rare.

He described Trump's attack on a Seattle judge who froze the ban as "disheartening" and "demoralising," according to spokesman Ron Bonjean.

The sudden rollout and blanket nature of the ban sparked protests and international condemnation. Polls now show eroding public support for it in the United States, amid jubilant scenes at airports of returning immigrants.

Shifting the blame to his security advisers, Trump said he had proposed giving a one-month notice, but his law enforcement experts allegedly told him "people will pour in before the toughness".

"I wanted to give like a month. I said, 'What about a week?' They said you'll have a whole pile of people perhaps, perhaps, with very evil intentions coming in before the restrictions."

However, Trump’s executive order was drafted and read only by his inner circle and the administration did not reach out to lawmakers and agencies expected to carry out the order for their recommendations.

Trump vented his frustration in tweets, referring to the ban's suspension as "the horrible, dangerous and wrong decision".

He went further in a rambling speech to the law enforcement chiefs, which at points drew polite applause.

"It's really incredible to me that we have a court case that's going on so long," he said. "Now we're in an area that, let's just say, they are interpreting things differently than probably 100 percent of the people in this room."

Trump then read out the text of a law - interspersed with his commentary - that confers on the president the authority to suspend entry to any alien or class of alien deemed detrimental to the interests of the United States.

Trump's decree summarily denied entry to all refugees for 120 days, and travellers from Iran, Iraq, Libya, Somalia, Sudan, Syria and Yemen for 90 days. Refugees from Syria were blocked indefinitely.

A US appeals court is weighing arguments for and against Trump's temporary travel ban, but its decision this week may not yet answer the underlying legal questions being raised in the fast-moving case.

The 9th US Circuit Court of Appeals in San Francisco is expected to rule only on the narrow question of whether a lower court's emergency halt to an executive order by Trump was justified.

The appeals court has several options. It could kick the case back to lower court judge James Robart in Seattle, saying it is premature for them to make a ruling before he has had a chance to consider all the evidence. Robart stopped Trump's order just a week after he issued it and before all the arguments had been developed on both sides.

Or the panel of three appellate judges could side with the government and find halting the order was harmful to national security, reinstating it while the case continues.

Their decision is "one step in what will be a long, historic case," said Stephen Yale-Loehr, a professor at Cornell University Law School who specialises in immigration. Ultimately, the case is likely to end up in the US Supreme Court, legal experts said. 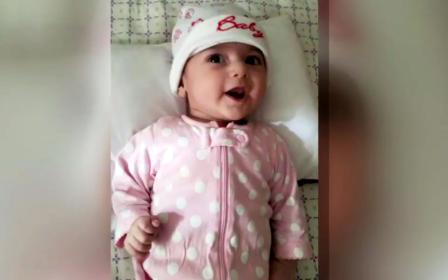 Muslim Ban
Travel to US drops by 6.5% after Trump's immigration ban