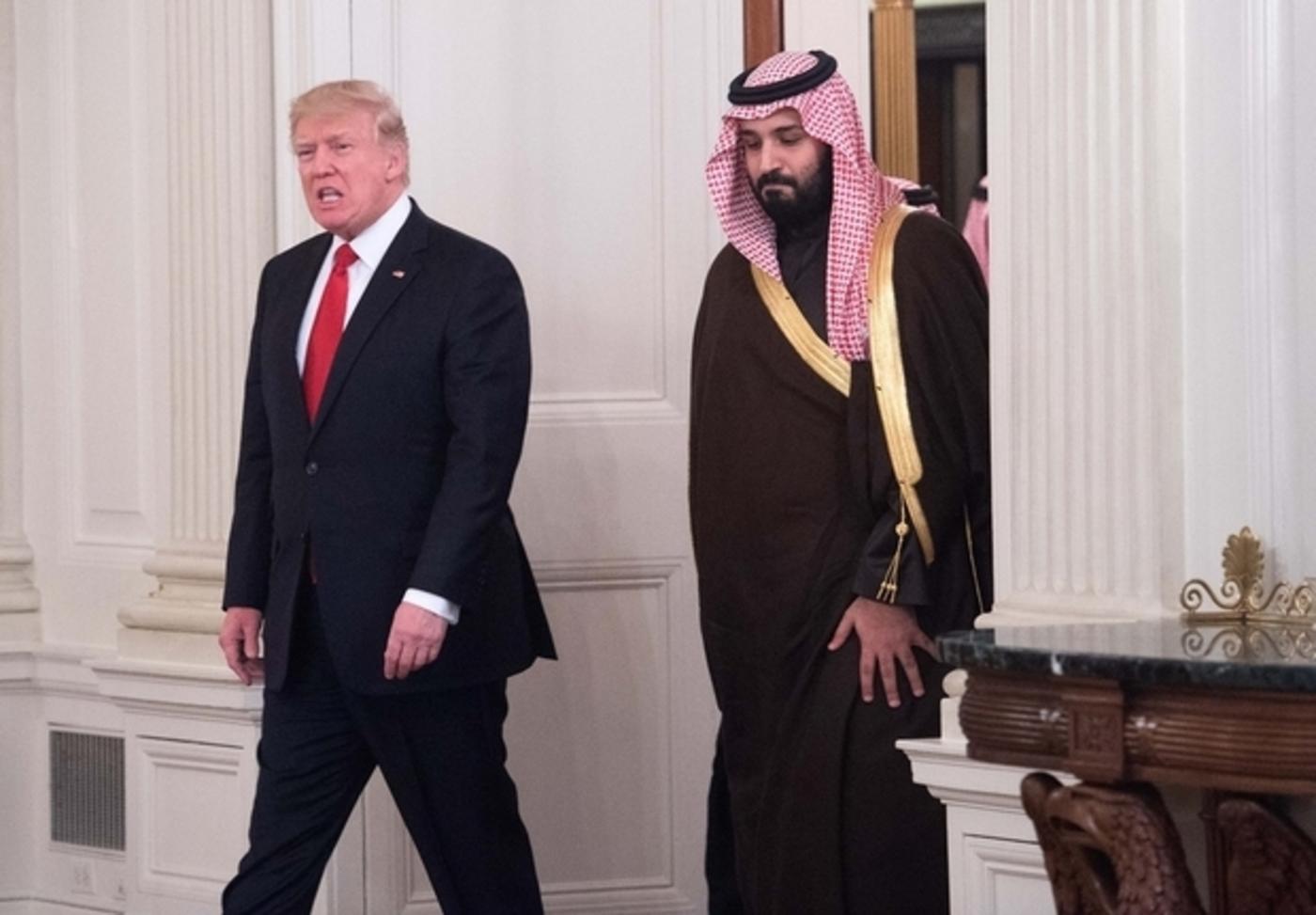 Saudi Arabia has repeatedly changed its official narrative of the 2 October murder at the Saudi consulate in Istanbul, first denying any knowledge of Khashoggi's whereabouts and later saying he was killed when an argument degenerated into a brawl.

Earlier this week, a Saudi prosecutor exonerated the crown prince of involvement in the brutal murder of his compatriot, AFP reported.

Trump, in California, said the killing "should never have happened". He said he will receive a report on Tuesday on who the US government believes killed Khashoggi and what the overall impact of his murder is, Reuters reported.

The president made the remarks hours after the State Department said the government was still working on determining responsibility for the death of Khashoggi, a Washington Post columnist.

The CIA had briefed other parts of the US government, including Congress, on its assessment, sources told Reuters on Friday, a development that complicates Trump's efforts to preserve ties with the key US ally.

#UPDATE The US will make final conclusions by early next week over the killing of Jamal Khashoggi, President Trump says https://t.co/cwXvNjfffn pic.twitter.com/rRHwKUXUCo

State Department spokeswoman Heather Nauert said earlier on Saturday that reports indicating the United States had already made final conclusions in the case were "inaccurate".

"There remain numerous unanswered questions with respect to the murder of Mr Khashoggi," she added.

The State Department will continue to seek facts and work with other countries to hold those involved in the killing accountable, Nauert said, "while maintaining the important strategic relationship between the United States and Saudi Arabia".

She noted that Washington had already taken "decisive measures" against individuals, including visa and sanctions actions.

Her remarks appeared to contradict reports that the CIA had determined Saudi Arabia's powerful crown prince ordered the killing of Khashoggi, a vocal critic.

MEE previously reported that Khashoggi was injected with a syringe and killed by a Saudi hit squad soon after he entered the consulate. Turkish sources told MEE that Khashoggi's body was swiftly cut into pieces. Turkish officials now believe that his remains were dissolved in acid and poured down the consulate's drain.

The killing and the international uproar it triggered has frayed ties between Washington and long-time ally Riyadh, which has sought to end discussion of the murder and has rejected calls for an international investigation.

Still, ahead of the briefing by his secretary of state and CIA director, Trump demurred when asked about possible retaliation against Riyadh.

"They have been a truly spectacular ally in terms of jobs and economic development," Trump told reporters.

"And I also take that - you know, I'm president - I have to take a lot of things into consideration."

The Washington Post, which broke the CIA story, said the agency found that 15 Saudi agents flew on government aircraft to Istanbul and assassinated Khashoggi in the Saudi consulate there.

"The need remains to shed full clarity on the circumstances surrounding this horrendous crime as well as to ensure accountability for all those responsible for it," she said in a statement.

Reiterating the EU's categorical opposition to the death penalty, Mogherini said "we will continue to stress that the kingdom of Saudi Arabia must put in place measures to ensure that something like this can never happen again".

"In due course, the EU and its member states will consider how they can act together towards appropriate measures against those responsible, in support of the rules-based international system," she said.

In the latest version of the events presented by the Saudi prosecutor on Thursday, a 15-member squad was formed to bring Khashoggi back from Istanbul "by means of persuasion" but instead ended up killing the journalist and dismembering his body in a "rogue" operation.