One month into his presidency, some Democratic members of Congress are already discussing impeachment proceedings against Trump 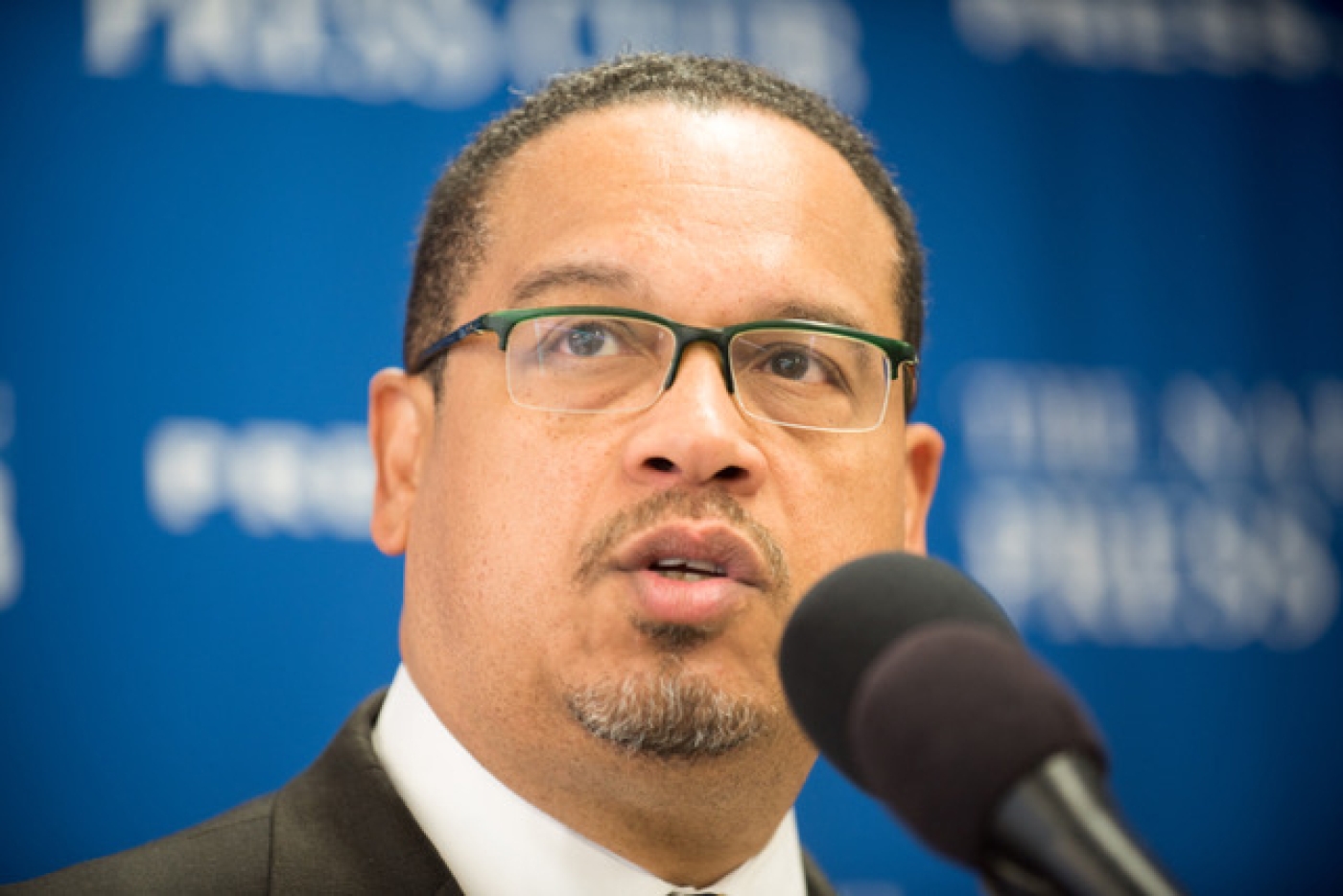 WASHINGTON, DC - The right to impeach public officials may be enshrined in the US Constitution, but in the nation's history only two presidents have been impeached, while a third resigned rather than go through the process.

Still, less than 100 days into his presidency, some Democratic members of Congress are already discussing the possibility of beginning impeachment proceedings against President Donald Trump.

"I think that Donald Trump has already done a number of things which legitimately raise the question of impeachment," Congressman Keith Ellison, a Democrat from Minnesota and the first Muslim elected to the US Congress, said on Wednesday. Ellison, a frontrunner to be the next chair of the Democratic National Committee, was speaking during a debate among candidates ahead of the 25 February vote.

Citing specifically the Emoluments Clause, which states that US presidents can't receive any funds from a foreign entity, Ellison took aim at Trump's hotel in Washington, DC, which opened before the election and is housed in a building leased from the government. The hotel's contract with the US government states that elected officials are prohibited from participating in the lease.

Immediately after the election, the hotel hosted a party for more than 100 members of the diplomatic community, and many of the community continue to lodge at the hotel during their stays in Washington. Several embassies also changed the locations of their national day celebrations to the Trump hotel, reportedly after pressure from the Trump Organization.

"The day people checked into his hotel and started paying him, who are foreign dignitaries, he was in violation of that law," Ellison said. "It is not only about Donald Trump, it is about the integrity of the presidency. So, yeah, I think we need to begin investigations, not to go after Donald Trump, but to protect our constitution and the presidency to ensure that no one can monetize the presidency and make profit off it for their own gain."

'The day people checked into his hotel and started paying him, who are foreign dignitaries, he was in violation of that law' - Keith Ellison

Ellison is not the only one calling for impeachment. Representatives Maxine Waters, a Democrat from California, Jamie Raskin of Maryland and Joaquin Castro of Texas have all raised the idea.

And indeed, even the City Council of Richmond, California, recently voted to impeach Trump. For many, the federal holiday President's Day, celebrated on 20 February, was "Not My President's Day" as protesters across the country took to the streets, many calling for Trump's impeachment.

However, many leading Democrats won't float the "i-word", saying instead that they need to focus on the issues.

Why impeachment is unlikely

Only two sitting presidents have been impeached, Andrew Johnson in 1868 and Bill Clinton in 1998. Both were tried but not convicted of the charges against them and neither was removed from office. Richard Nixon, who famously declared, "I am not a crook!", resigned just as impeachment proceedings were beginning for his role in the Watergate scandal.

Threats of impeachment, however, have plagued presidents since Clinton. Former Republican vice presidential candidate turned reality television character Sarah Palin called for impeachment proceedings against president Barack Obama for what she called his failure to secure the US-Mexican border.

Several attempts were made to bring articles of impeachment against president George W Bush for the invasion of Iraq. Then-candidate for Congress Keith Ellison called for impeachment proceedings as part of his campaign.

Mark Kende, the James Madison chair professor in Constitutional law at Drake Law School in Iowa, said that like previous calls for impeachment, the ones aimed at Trump are probably not going anywhere because Republicans control both the House and the Senate, and they are not likely to get on board.

However, according to Kende, such talk does serve a political purpose. "My sense right now is that its rhetoric is designed to point out things that President Trump is allegedly doing that are troubling to the public and make them look troubling enough that they could use during a campaign season," Kende said.

'They would need to have the people who run the House Judiciary Committee - Republicans - to agree to hold these hearings' - Mark Kende, law professor

Repeated requests for comment sent to Ellison's DC and Minnesota offices were not returned, nor was a request sent to his campaign headquarters answered.

For former Virginia governor and 2008 and 2016 Republican presidential candidate James "Jim" Gilmore, the idea of bringing impeachment proceedings against Trump is "ridiculous".

"We've had the election. The president won the election," Gilmore told Middle East Eye at an event on counterterrorism in Washington DC.